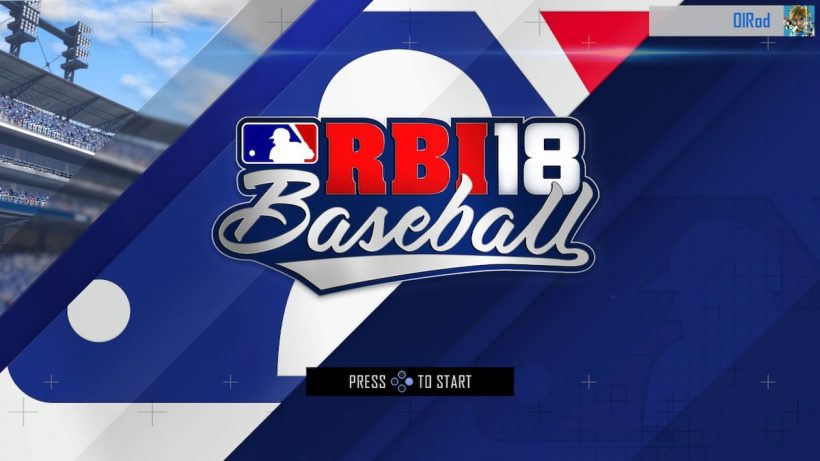 Another edition of the bat-swinging sim – is it any better than last year’s swing and miss?

RBI Baseball’s latest launch makes it the first sports title to get a second annual iteration on the Switch.

We didn’t score last year’s effort well – a minimalistic tutorial was followed by a game of baseball which not only felt arcadey and simplistic, but also proved stupendously difficult in letting you actually hit the ball as a batsman. Unfortunately, the gameplay in the 2018 edition is exactly the same out on the field.

When you step up to the plate, you have little indication as to whether the pitcher is going to go fast or slow – sure, that’s like real baseball. Then, you’ve got to keep your eyes on the ball and strike at the perfect time – pull back for a fly (high) ball, or push forward to ground. Again, check, that’s like real baseball. But the rest of the action is an oxymoron to what I’ve just described, offering a stripped-back, bare-bones baseball experience which you never entirely feel in control of.

You can never feel truly confident that you’re going to hit the ball. That’s the start. Sometimes, whichever way you opt to swing, the ball seems to fly by just out of reach, and while it seems you might only achieve a foul ball when pitching the same way, when batting it’s a higher likelihood that you’ll get a strike to your name. You can also press the A button with either the left or right directions to “bunt” the ball, but never once did I manage to do this correctly, or even find a reason for why you might choose to do so over just simply swinging the bat.

Fielding is irritating too – the A, B, X and Y buttons correspond to a specific base (they’re handily laid out for that), but changing your mind and throwing to an alternative teammate usually doesn’t work, and you find yourself lamely tossing the ball to a player nowhere near the base you need to hit to get the opponent out.

Last year’s modes are largely present and correct – you can take in a one-off exhibition match and play the post-season mode, basically a knockout tournament. But a new addition is Franchise mode – similar to the Manager / Career mode you might get in FIFA, this is where you tinker with your roster and add new players, including legends. This is a marked improvement over the offering from last year’s mode. Home Run Derby is another new mode which focuses on the most satisfying aspect of the sport – don’t go trying it, though, until you’ve mastered the “base” (see what I did there) game first. But criminally absent again is online multiplayer. Why? Taking air swings with friends across the world is surely a gimme.

Not being an MLB fanatic, I did have a quick internet search to find out what an average score in a baseball match is. It turns out, it’s on the whole higher than what you can reasonably manage in RBI Baseball 18. It would be so much nicer for a more accurate control over the bat – see even the likes of Wii Sports for an example of how baseball is better when you look beyond just a click of a button. Which reminds me… how have we had two yearly baseball games without motion controls when the controller is literally made for it? Baffling.

An improvement from last year’s edition, but things are still too disappointing on the field. Glitches do seem to have been minimised after last year’s effort, and a new mode gives some depth off the field, but I was looking for more thrills on it.