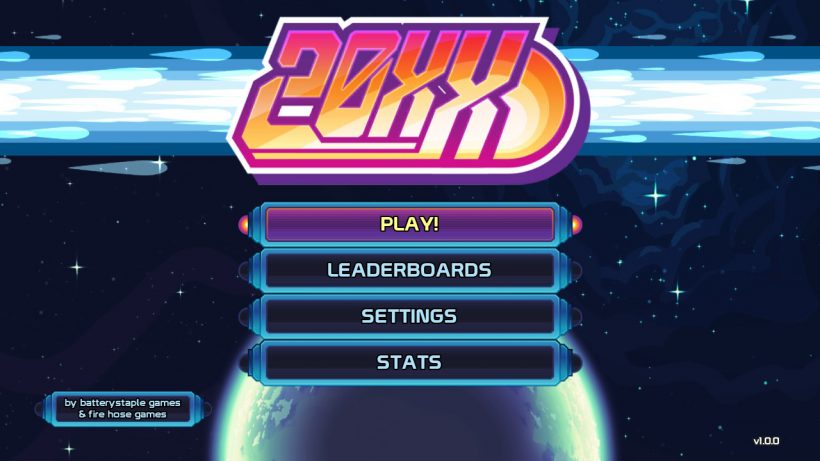 I’m a big fan of the Mega Man franchise. From the original NES series to the SNES X series along with every blip and anomaly in between. It’s just glorious. So it’s no surprise, then, that 20XX caught my attention immediately. Building primarily on what defined the Mega Man X series, 20XX will have you wall jumping and blasting your way through various procedurally generated environments, all of which playing host to a multitude of kooky enemies and bosses to defeat.

Following a handy little introductory tutorial section, you’ll arrive at the main hub of the game. Here, you can choose whether to play as one of two characters: Nina, who wields a gun and plays very much like X from the Mega Man X franchise, and Ace, a sword-swinging badass who is 20XX’s version of Zero. Not only this, the hub allows you to tackle the main game, complete daily and weekly challenges and also grant various buffs for your chosen character, either temporarily or permanently. 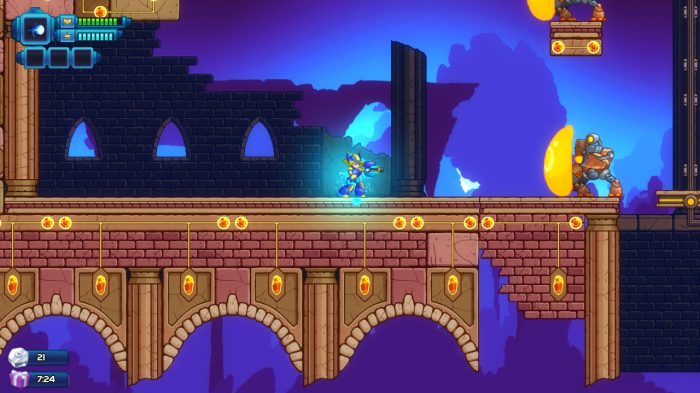 The main bulk of the game can be played either on your own or with a friend online. You’ll be transported into a randomly themed area, and everything from the platforms, hazards and enemy placement is completely random. A lot of folks may turn their nose up at the idea of a procedurally generated platformer, but it honestly works remarkably well. Knowing that you’ll be facing new, fresh challenges every time you enter the game is a great way to keep you coming back for more.

You can play the game in one of three difficulties: Reverent is the game’s ‘easy’ mode and grants you three lives; Normal is the standard mode and sends you back to the hub if you die; Deviant is basically ‘hard’ mode, and it’s here that things get really interesting. You determine how hard you want to make the game by activating a number of various Skull Modifiers to tweak the difficulty. So you can either make the enemies harder, turn the game’s speed up 150%, or extend the length of the game’s run indefinitely, among many others. Once you’re used to the game, this is the mode I’d recommend tackling – it’s a lot of fun messing around with the different skulls. 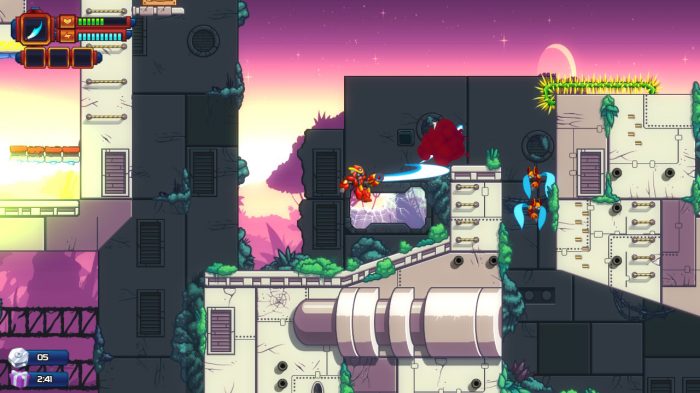 As mentioned earlier, there are also daily and weekly challenges, broken up into ‘normal’ challenges and ‘hardcore’ challenges. Hardcore challenges automatically activate various skills for the run, and there are relevant online leaderboards present for every challenge.

But how does it actually play? Pretty well, actually! Obviously, the core gameplay is very similar to Mega Man X, but there are small differences that make it stand out on its own terms. Nina and Ace can both dash, and by utilising this at the right time, you can extend the lengths of your jumps drastically. By combining this with perfectly timed wall jumps and precise shooting, the game actively encourages you to zip through the levels as fast as you can. I feel like this is what Mighty No. 9 attempted to do, but failed miserably. 20XX nails this aspect perfectly.

If I have any complaints, It’s merely that a few of the platform sections and enemies types do tend to repeat themselves a lot, despite being randomly generated, but this is a minor gripe for what is otherwise a fantastic love letter to a pioneering franchise.

20XX is a great tribute to the Mega Man X franchise that just works. The procedurally generated levels allow for constantly fresh challenges, and its swift gameplay encourages you to climb the online leaderboards.