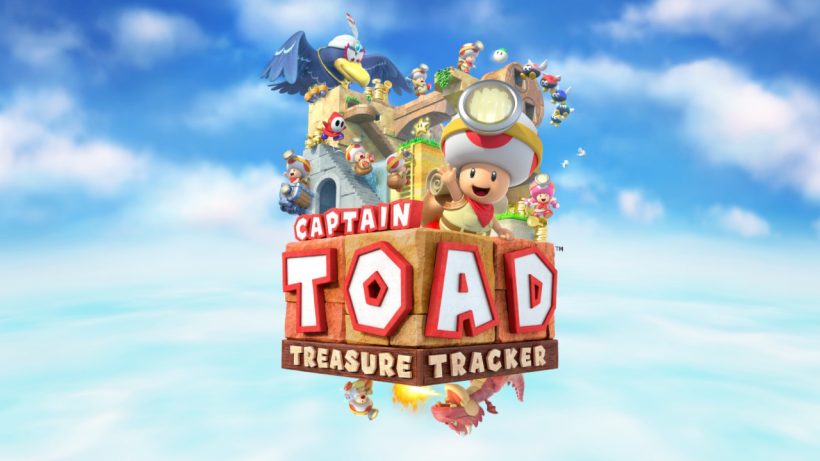 A treasure puzzle-box at the palm of your hands.

Considering the difference in numbers between the Wii U lifetime sales and Switch current sales, I think it is safe to assume that the Switch was, to many people, a comeback to owning a Nintendo console. As a member of this group, every time a previously exclusive Wii U title is ported to Switch, it opens up an opportunity to experience a unique and often amazing game that was inaccessible to those who skipped the Wii U. So, when I encountered Captain Toad in Super Mario Odyssey, I was left wondering which kind of adventures that single Toad has got himself into – until now. 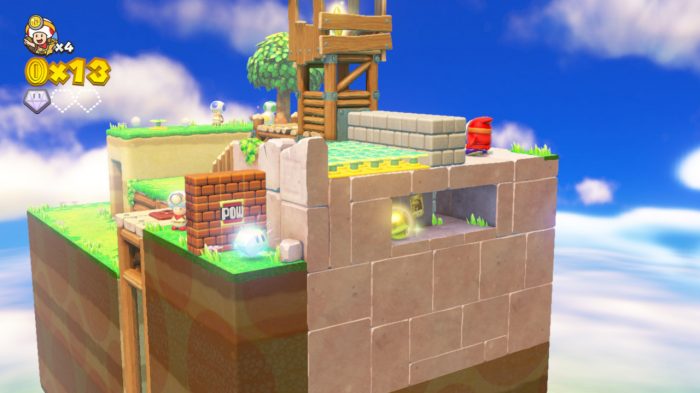 If Super Mario Odyssey was the Mario take on the sandbox genre, Captain Toad: Treasure Tracker is basically the Mario universe turned into a puzzle-platformer game. Previously launched in 2014, in this adventure starred by the titular hero (and Toadette), you’ll be presented to almost a hundred bite-sized stages in which you must use Captain Toad’s skills – or lack of – to defeat enemies, overcome obstacles, and gather collectables, all while you manipulate elements from the scenario, as if the level itself was a small puzzle-box that you’re holding on your hands.

When you begin to play each one of the diorama-like Captain Toad stages, you’ll often have a zoomed out vision of what seems to be the entire level, sometimes even including your ultimate goal – a golden star you need to reach. When you compare that to other platform games, it may sound odd. Some levels seems so small, with such a clear objective, that you may wonder where the games appeal lies. However, the main catch of Captain Toad resides on how many surprises you’ll encounter on each level, both when it comes to collectibles and on the level design itself. 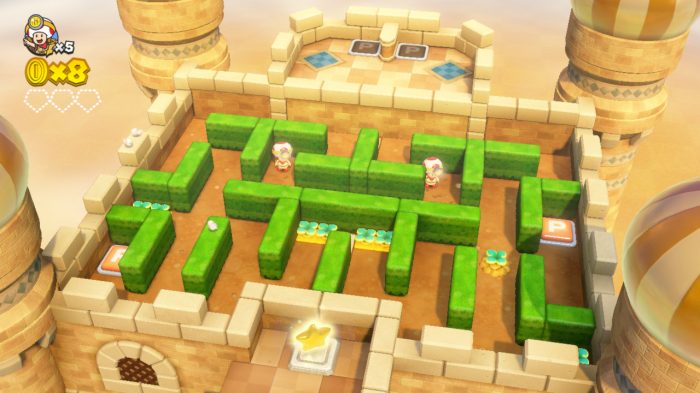 Captain Toad: Treasure Tracker truly transpires with creativity. Each stage seems to present a brand new mechanic, or at least a smart spin into what you have seen before. While the ultimate objective at each stage doesn’t change – Captain Toad is always looking for that shiny gold start at the end – the biggest challenge resides in getting all the collectables and completing an extra objective. At each level, you’re able to find three diamonds. Collecting them will require you to explore each corner of the map, often manipulating all the elements in unique ways, and looking into places that seems to be out-of-camera. In addition, each level also has a special objective, which will require you to find a hidden golden mushroom, collect a certain amount of coins, and defeat all enemies, among other things.

In order to do all the exploration and puzzle solving, you have direct control over Captain Toad’s movements. Similar to other 3D platformers, his movements are tied to the left stick, and the camera to the right one (or the L and R shoulder buttons). On some levels, he can pull turnips from the ground with the B button. However, all the interactions with other elements from the scenarios happens in non-conventional ways, and I’d say that here lies one of the few flaws of the game. 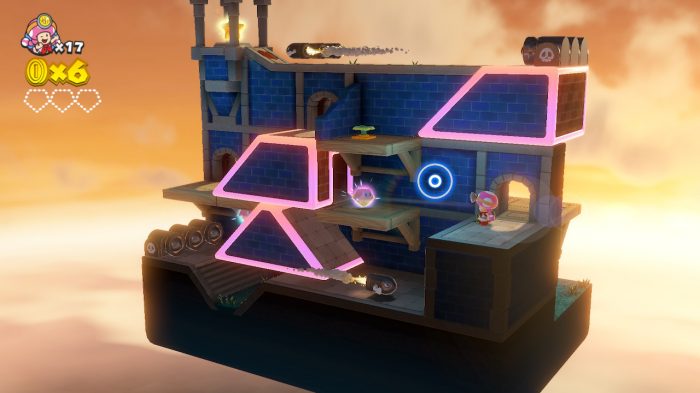 Before talking about the non-conventional controls of Captain Toad: Treasure Tracker, it is important to remember the fact that it was a game initially designed for the Wii U. Consequently, it was meant to be played with a touch screen all the time. Therefore, on many stages, the game requires you to interact with the scenario itself using the touch controls to do things like moving platforms, turning valves, and scaring enemies. Due to the hybrid nature of the Switch, changes were necessary. The result was a game that can be split into two different experiences. As a handheld game, Captain Toad works as intended, because every single interaction is bound to touch screen, like the original game. When playing on console mode, though, you’ll have to input all these commands with a pointer, using the joy-con (or pro-controller) gyroscope. Captain Toad isn’t an action-driven experience by any means, so you can play every single stage of the game on the console mode, no problem. It just isn’t as accessible and satisfying as in the handheld mode.

What doesn’t change between the handheld and console experiences is the fact that Captain Toad is a beautiful game regardless. From green plains to dark caves, including ghost houses and lava-filled castles, many notorious regions from the Mushroom Kingdom are represented here, each with its distinct and familiar sound. You’ll also find some familiar faces here and there, such as Shy Guys, Boos, and Piranha Plants, but the biggest highlight from the cast of characters are without a doubt Captain Toad and Toadette themselves, who are surprisingly expressive and charming, and show lots of personality during their adventure. 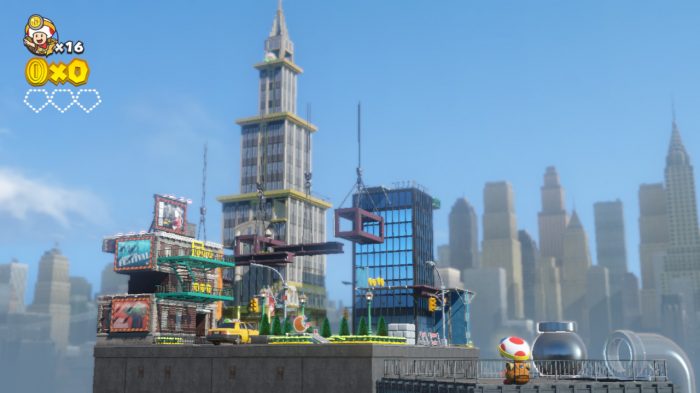 Completing their adventure may take an average of eight hours, but I’ll surely spend much more time going back to collect the missing diamonds, and complete each level’s challenge. After completing each level, there’s also an additional Pixel Toad hide and seek minigame, where you can replay the stage, searching for a small 8-bit pixel Toad who’ll be hidden somewhere. Getting these collectables also unlock even more additional bonus levels, which are remixes of early levels with unique twists and mechanics. As if all that wasn’t enough, exclusive to the Switch version, there are four levels based on Super Mario Odyssey kingdoms. They are as creative as you should expert, and it is very pleasant to relive some moments from Odyssey, this time as if the kingdoms were small toy-boxes that you can carry around.

Captain Toad: Treasure Tracker is a brilliant puzzle-platformer game, which will constantly impress you with creative stages and a top-notch presentation. Despite providing different experiences if played on handheld or console modes, it delivers a charming adventure, with tons of content to keep you hooked for hours.