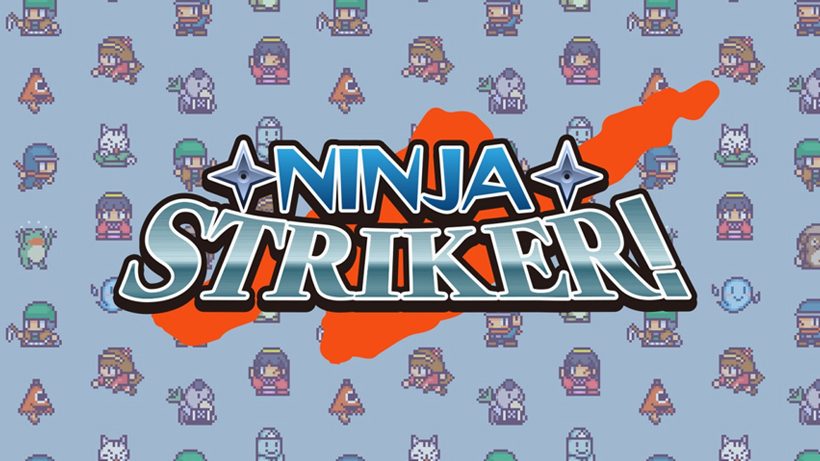 Let’s be honest, Ninjas are awesome. They might sneak around a lot making it hard to spot them but then if you can see a ninja, one of two things is happening. One, they are a bad ninja, or two, you are about to die. In Ninja Striker!, though, you’ll be playing the part of the deadly assassin as you unleash fast paced action in a retro inspired title.

Selecting one of four characters, each with a different basic attack and special move. Players will need to make use of their double jump, homing attacks and a special ‘Shinobi Action’ move to cruise through the levels and defeat countless enemies at lighting speeds. You see, in Ninja Striker! you are rewarded with a higher score the longer you keep a combo going and how fast you clear levels. With that in mind it means sharp reflexes are needed to climb through the ranks and becoming the best ninja around. 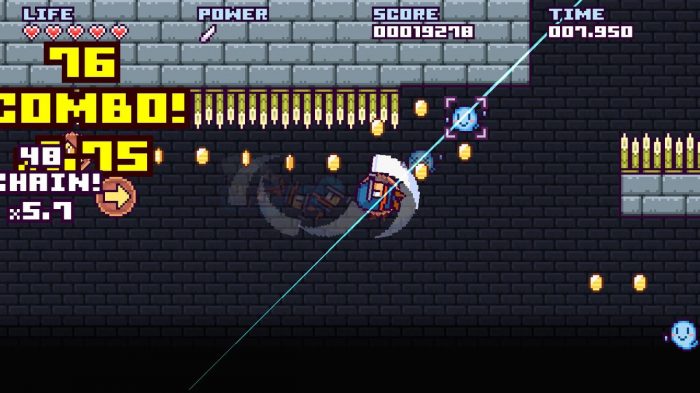 The gameplay of Ninja Striker! is something you could describe as being akin to a rhythm title. Each successful input keeps the action and the combo flowing resulting in a stunning dance of pixel motion that is as satisfying to watch as it is to execute. Launching yourself into an enemy to attack them only to then spin through the air grabbing coins as you propel yourself to the next one is simple, engaging and feels awesome.

Several boss battles will also need to be overcome during your adventure which will put your skills and reflexes to the test. The same rules apply to your attacks and you’ll home in on the boss but ensuring you move and counter accordingly is key. It is in this stage more than others where you will need to really keep an eye on your health as well because should you lose yourself in the motions you may overstretch and pay with your life. 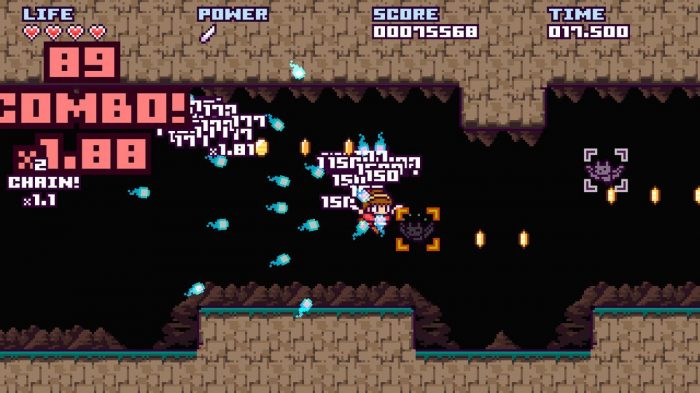 Thanks to its sounds and visuals being in line with a retro title it means that not only is the title a pleasure to play but also have solid performance on the Nintendo Switch. This means that Ninja Striker! can be played in handheld or docked mode without any drop-in framerate. Once more, the titles gameplay is prefect for both playing in long sessions at home or short bursts on the move.

Rather than having players focus on learning countless moves or abilities and rather master only a few, it makes the challenge a much more accessible one to beat. This isn’t to say that Ninja Striker! is not a challenging title as many levels will push your skills to the test but it all comes together in a way that will put a smile on your face regardless.

Though Ninja Striker! might not be for everyone given its unique gameplay, it is one worth checking out if you have been looking for a title to cure that retro itch. With its focus on how you build up the longest and faster combos, there are plenty of reasons to come back to levels and try to beat your score with all the different characters. If you are looking for a fun little title then make sure to check out Ninja Striker!

Ninja Striker! is a fun retro inspired title that offers a unique gameplay system focused on speed and combos that is worth your time.