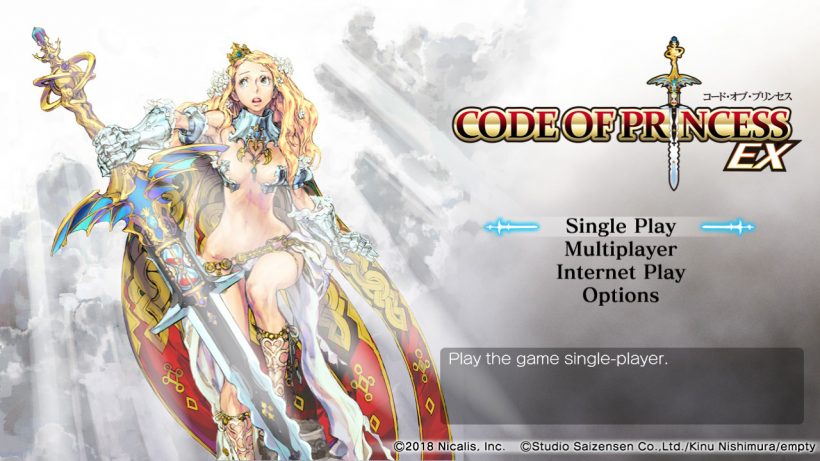 Brawling like a princess… and a nun… and that monster from level seven.

Nicalis has managed to become one of my favorite indie publishers. Not surprising, when you consider the many great games that they brought to the Switch. Cave Story+, VVVVVV and The End is Nigh are a few examples of their high quality catalogue. Due to that, even though I’ve never heard about Code of Princess before, I became curious when Nicalis announced they would bring it to the Switch. Just like their other games, would it be a gem worthy of a space in everyone’s Switch library?

Unfortunately, that’s not the case. 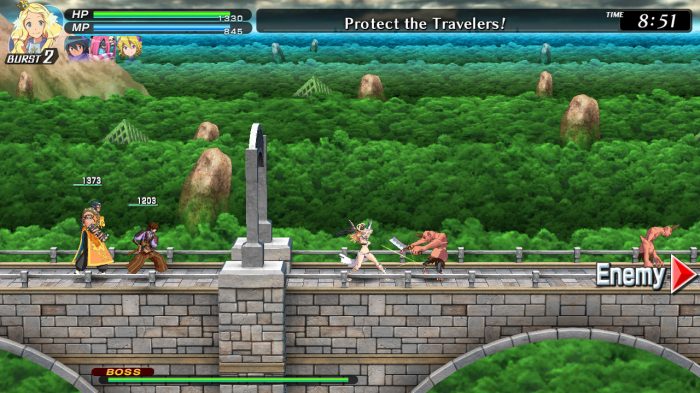 First released in 2012 for 3DS, Code of Princess feels like a spiritual sequel to the classic brawlers from the past. Set in a fantasy medieval world, its main narrative focuses on Solange of DeLuxia, the princess of a prosper kingdom that is attacked by an army of monsters. During her journey to restore peace, she’ll find many (playable) partners to their cause, at the same time that she discovers the true meaning about the kingdom’s enemy and the powers of her legendary sword. It’s a very goofy story, in general, as it makes fun of some clichés from the genre, but the highlight goes to the creative character design of your partners and enemies – all displayed with a pleasant anime style during the dialogues. 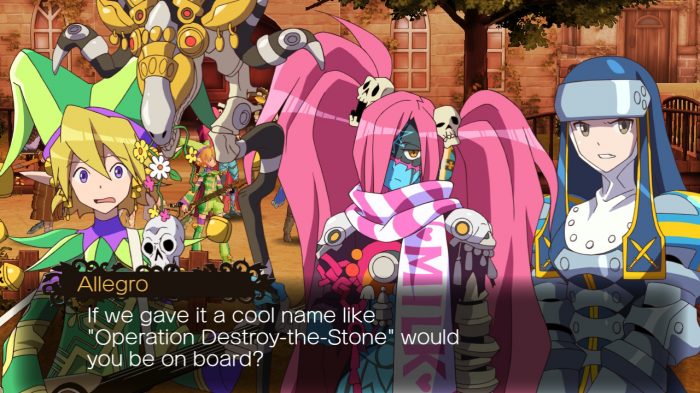 What isn’t as pleasant, though, are the combat mechanics of Code of Princess EX. First, the pleasant art style seeing during the narrative becomes very blurry during the gameplay. In addition, the game doesn’t do a great job in teaching you how to play. Instead of being integrated into the main campaign, you have a separated tutorial section to learn the basic commands – but even that doesn’t do a great job. Due to having dozens of different characters, the player must try for themselves all of them to discover how each one plays.

As a brawler, enemies will come from each size of the screen, and you must beat the hell of them with a combination of light (B) and heavy (A) attacks. You also have a ‘lock’ attack with button Y (which marks an enemy for double damage) and a burst mode (X), which can be used three times per level, and makes you stronger and faster. As expected, different combinations will perform unique combos, but that is not enough to avoid Code of Princess biggest problem: it is a very repetitive game. 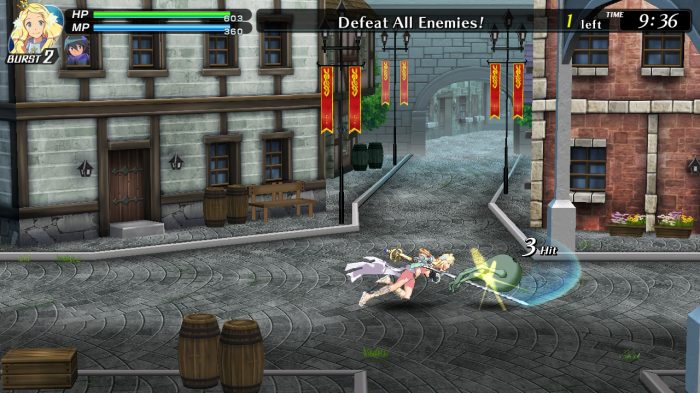 Each mission from the story puts you in a bite-sized scenario against different enemies, but there isn’t enough variation to level design nor enemy behavior. Code of Princess EX tries to compensate that with TONS of content. In addition to the many levels of the main campaign – that you can replay with dozen different characters to level them up – you also have a Free Play and Bonus Quests modes. On them, you can play with pretty much any character from the game – even enemies! In concept, this is a cool idea. However, most of them have a very limited move set, which means they are more frustrating than fun to play with.

If you bring a friend with you (on either online or couch co-op modes), Code of Princess EX becomes more enjoyable. It won’t be enough to prevent you from being bored after a while, though.

Code of Princess EX takes many influences from the classic brawlers, but, like a lot of them, it delivers a repetitive and boring gameplay loop. It tries to compensate that with tons of content, but it is hard to be encouraged to try it all when the basics are so weak.