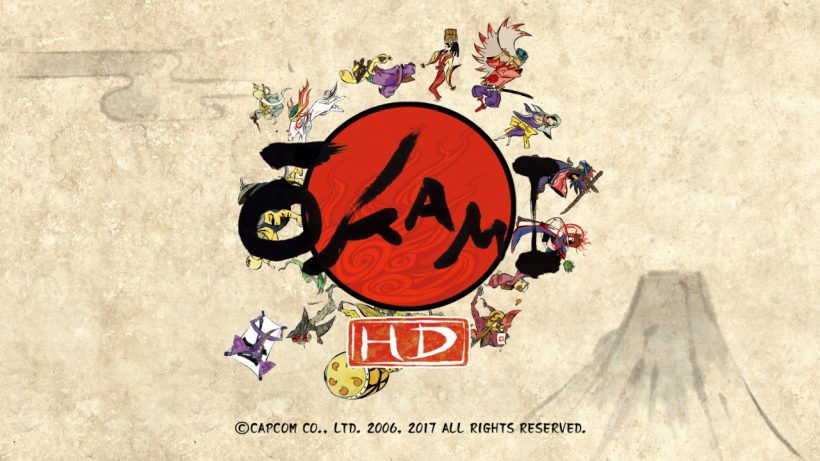 As much as everyone loves Breath of the Wild, there’s still some pining for a ‘classic’ 3D Zelda like Ocarina of Time or Wind Waker. While we shouldn’t rule out Nintendo bringing Link’s past adventures to Switch in the future, if you’re craving the pre-open world formula with a more focused narrative, charming characters and set-piece dungeons, not many games have actually attempted to imitate it. Fortunately, Capcom have now brought back one of the best examples that was surely always meant for the Switch.

Yet to call Okami HD a great Zelda clone would be a disservice. Originally released for PS2 in 2006, It’s one of Hideki Kamiya’s early masterpieces. The Japanese ink painting cel-shaded art style is immediately visually arresting, looking unlike any other game, and it’s a quality that has passed the test of time, even better now in a sharp HD resolution. 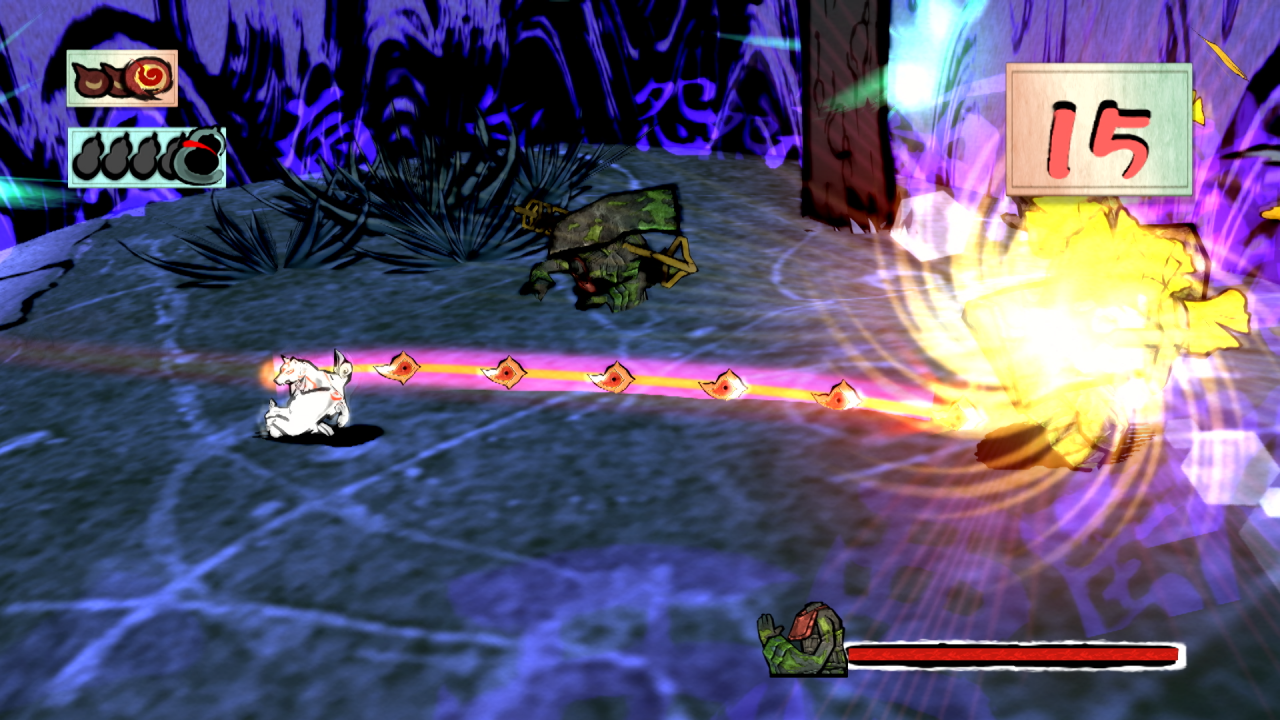 The sumi-e-inspired visuals aren’t just for show either. It neatly suits the premise as you’re whisked into a tale set in a mythological Japan (referred in-game as Nippon) in the role of the sun goddess Amaterasu who takes the form of a wolf (the title Okami is actually a clever wordplay of the kanji meaning ‘great deity’, but pronounced the same as way as the Japanese word for ‘wolf’). Likewise, your quest to stop a mysterious curse from corrupting the land also sees you encountering a whole host of deities and figures hailing from Shinto mythology that are as common in Japanese as our own childhood fairytales, from the Tom Thumb-like Issun to the big bad eight-headed serpent Orochi.

But the art style most importantly reflects the unique gameplay. With the power of the Celestial Brush, you can paint simple brushstrokes onscreen that interact with the environment. There’s 13 brush techniques in total, which offer a variety of ways to traverse, solve puzzles and also engage in combat. You’re not being asked to be an artist by any means since these are mostly simple brush strokes and sometimes re-used in different contexts, such as drawing a circle in the sky to change the time to day, or in the water to create a lily pad platform. Drawing bombs is a particular delight and an early comparison with Zelda, as they’re used for blowing up weak walls leading to secrets, as well as an easy way to deal damage to enemies. While it’s perfectly fine using traditional controls, this mechanic is just crying out for alternative control options, hence why the original game had also been previously ported to Wii with gesture controls. This returns in the Switch port, while also including settings to accommodate right-handed and left-handed players. However, using the Joy-Con doesn’t feel natural if you thought you could hold it like a paintbrush. In reality, you’re actually pointing at the screen through gyro controls that end up feeling more awkward than pointing a Wiimote at a sensor bar. It’s a good thing that the action is paused during these moments so you can take your time painting the correct line or shape but it doesn’t feel worth the effort if you can do it faster with the analogue stick.

Playing Okami HD on the go is however where it really makes the most sense as you just effortlessly use your finger to draw on the touchscreen, and unlike other control methods you don’t need to hold down a shoulder button to enter Brush mode either. That said, it’s not always perfect as you might find yourself re-drawing something a couple times before it’s recognised – the most basic line for slashing objects and enemies is surprisingly easy to get wrong if you accidentally draw a curve with a quick motion of your finger – so it’s sometimes advisable to revert to button controls. 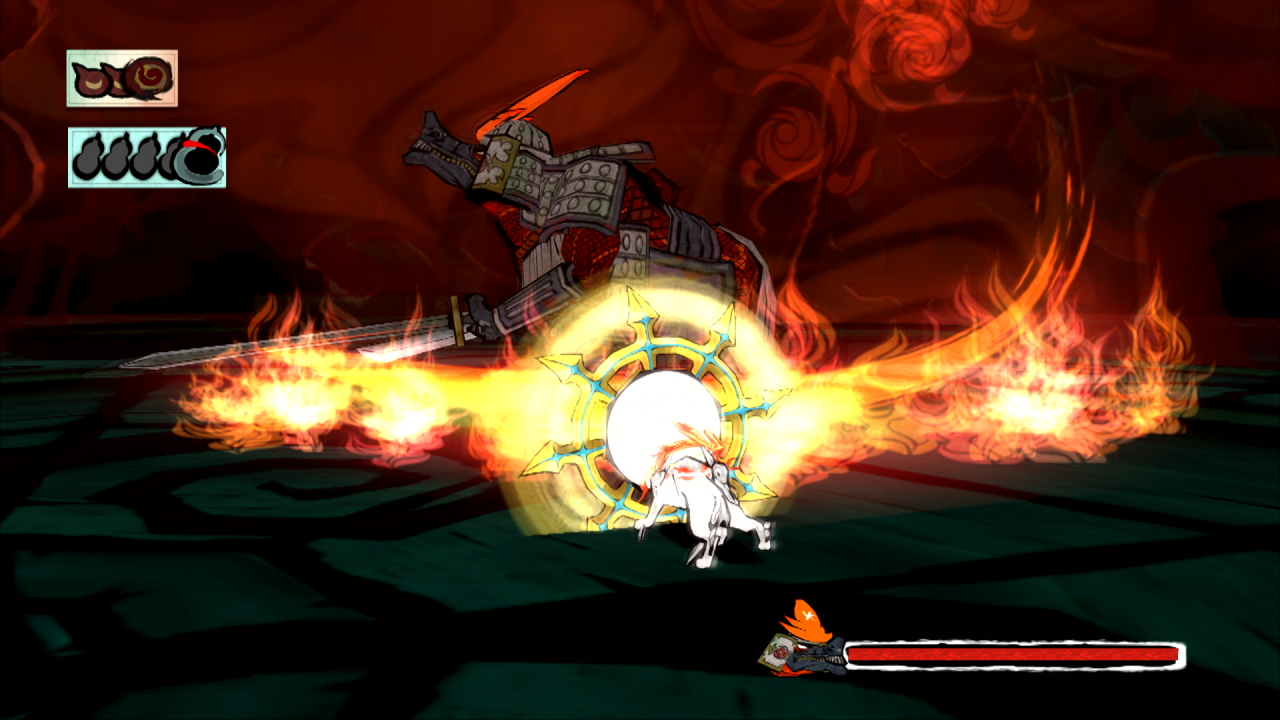 Combat isn’t just limited to brush-strokes, as Amaterasu also gradually unlocks new weapons, which have different functions depending on whether they’re equipped as your main or sub weapon, from swords to shields that can parry, or rosary beads used for long-ranged attacks. Most battles function a bit like RPG encounters with malevolent spirits roaming on the map, which you can choose to engage or not while the battle pulls you into an isolated arena until you defeat everyone. But while taking part in battles will net you money for buying items or unlock new skills from the training dojos, levelling up works differently. In fact, becoming a more powerful wolf goddess is inextricably tied to gaining more believers. By restoring the land, completing a side quest or even feeding nearby animals, you earn Praise, which is what you need to upgrade Amaterasu’s stats, from health to the size of your wallet pouch. It’s a neat touch, placing a greater emphasis on making the world a better place instead of resolving things through purely violent means.

Despite Okami HD’s timelessness, it does show its age in a few ways, notably instances of pop-up or the frequent loading times in-between areas and interiors. Some writing and presentation of female characters also feels woefully archaic, especially the comments from your inch-high sidekick Issun (basically, a more annoying version of Navi). Granted, retelling myths with a bawdy tone isn’t uncommon if you were to just think of classic examples like Chaucer or Shakespeare, but even so, this little guy’s shtick gets old pretty fast. Instead of voice-acting, you’re also assaulted by the most annoying gibberish character noises ever created, so it’s a relief to know that you can mute this straight away. 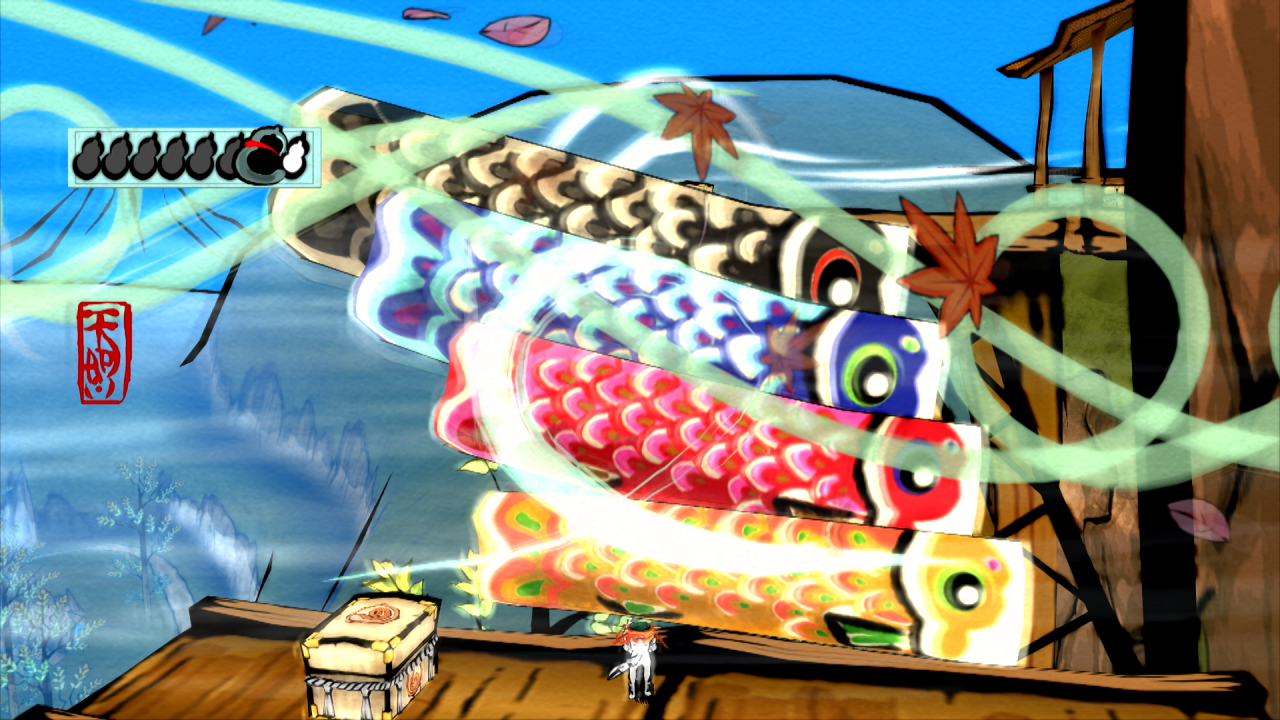 Get past these minor humps however, and Okami HD is really the next best thing to playing a Zelda title on your Switch that Japanophiles will instantly fall in love with. Perhaps inspired by Ocarina of Time, just when you think the adventure is over, you also realise you’ve barely just begun, which also makes the price frankly a bargain.

An old classic that’s never quite gotten the audience it deserves, Okami HD’s gorgeous art style and unique brush mechanic is perfect for Switch. Players looking for an equivalent to Zelda with an appreciation of Japanese myths and aesthetics needn’t look further.