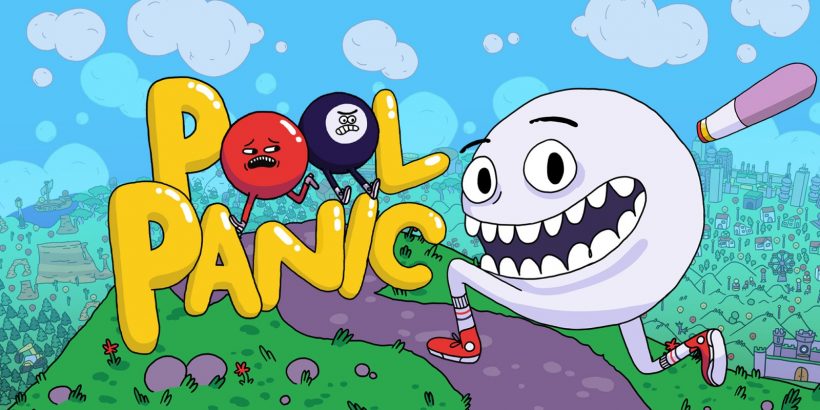 Does Pool Panic clear up? Or is it just a load of balls…

A unique take on the pub classic, Pool Panic sees you play as the cue ball with the aim to clear the coloured balls before finally sinking the black. Sounds pretty similar to normal pool, right? Well, the balls in question here are all alive, and the tables are far from the flat green felt surfaces you’ll find down the “Dog and Duck”.

There are over 100 levels to play through, that will see you raid a castle, race against a billiard ball biker gang, exorcise a graveyard and climb a rock face all in the aim of clearing up like a real pool shark. Whilst this novel take on the popular bar game sounds fun it, unfortunately, didn’t take long for the novelty to wear off. Pool Panic has some good ideas – both its style and character charm are certainly eye-catching, but these are generally outweighed by some annoying mechanics that will frustrate more than challenge. 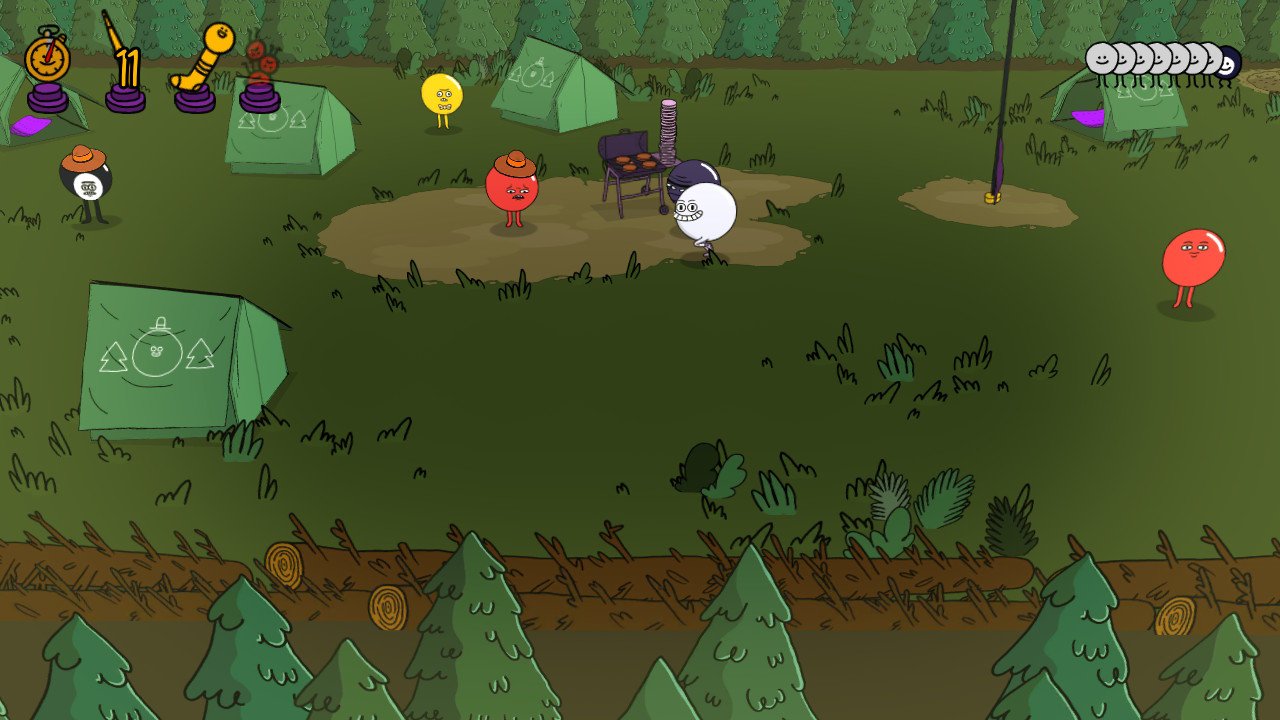 Playing as the gurning cue ball, the aim of each level is to pot enough of the colour balls to make the black available and then sink that before jumping into the pocket after it to complete the level. Sounds pretty much like normal pool – bar the potting of the cue ball of course. Controlling this crazy character has been made nice and simple, you use the right stick to bring up the pool queue to aim (with a handy aim line present so you can get your angles on point) and then you press either the ZR button for a power shot or the R button for a finesse shot. As far as you’re concerned, that’s all there is to it – I mean, Adult Swim did say this is the “world’s least realistic pool simulator” after all!

That isn’t all there is to each stage, each one has four trophies for you to aim for – beating the level in a certain time, finishing under a specified number of shots, clearing all the balls and not committing a foul. The problem I found with these, is that I didn’t care enough to replay a level to try and achieve all of these. The game itself doesn’t do much to incentivise you and the aforementioned frustrating mechanics that I will touch upon in a moment don’t help in this matter. To be fair to the game, another reason for not wanting to go back is because I was always more eager to go forward and see what craziness awaited me in the next stage. 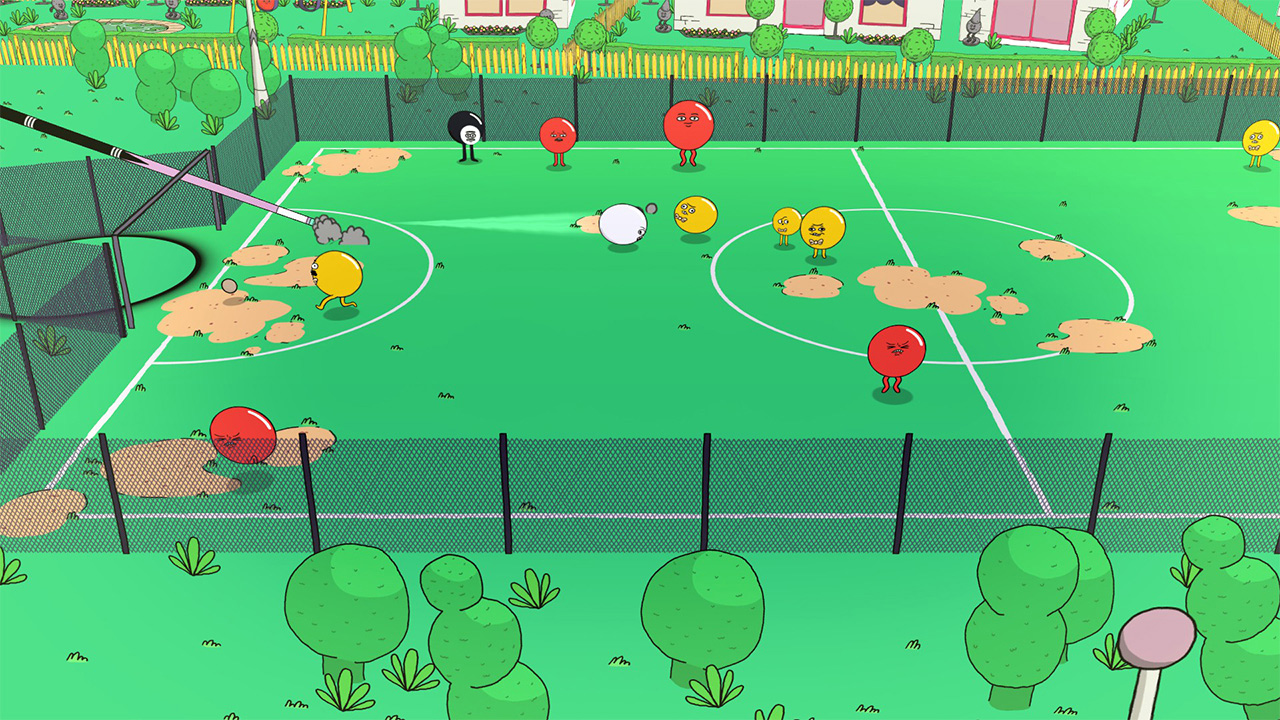 The problem I had with Pool Panic is that the game is just too unpredictable for its own good. The colour balls have a life of their own and will just get up and move just as you fire off that perfectly aimed shot, which is particularly infuriating in some stages. Not only that, but the game’s fixed camera angle means that you can’t always see where you are aiming – which doesn’t help much. Luckily, these issues are less prevalent in the game’s local multiplayer modes making for a fun distraction for you and a few mates if ever you up for a laugh.

In all, I was left disappointed by Pool Panic. The game’s zany artstyle and premise had me eager to play, but the frustrations outweighed the fun in my eyes. The Adult Swim charm and humour is present in Pool Panic, but I found that this soon wore thin along with my patience for the game.

Although the premise of Pool Panic sounds great, the novel ideas and craziness soon wear thin and seem sparse at times amongst the game’s 100 stages. I felt the single player mode outstayed its welcome and would have been better with fewer stages and more time spent on fine-tuning the mechanics. More frustrating than fun, and don’t get me started on those quick-footed colour balls! At least the multiplayer mode provides fun when with friends!