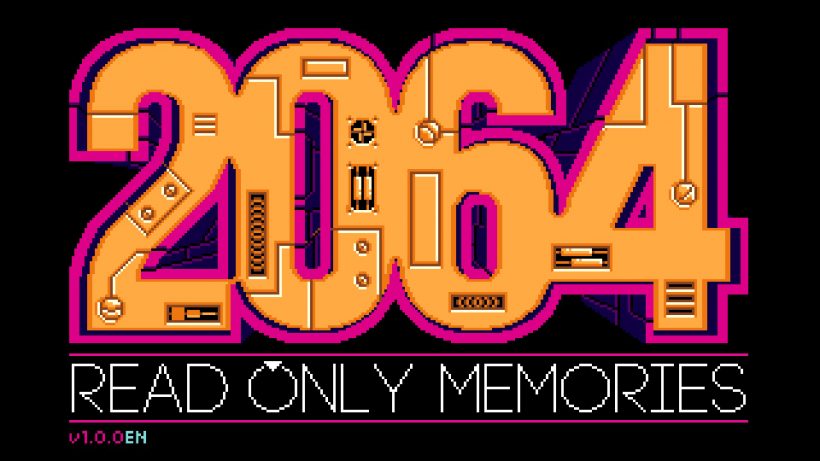 The cyberpunk future with a coat of the past.

2064: Read Only Memories INTEGRAL is a kind of anacronic game; one that takes inspiration from the past to shed some light into the future. At its essence, its narrative and setting is all about a cyberpunk universe, in which complex themes such as artificial intelligence and genetic modification are the talk of the day. The interface you use to get access to this world, though, reminds of traditional adventure games. When you add to that an intentionally limited pixel art style and chip-tune-like soundtrack, you have a game that mixes past with future, but one that does that in a surprisingly entertaining way. 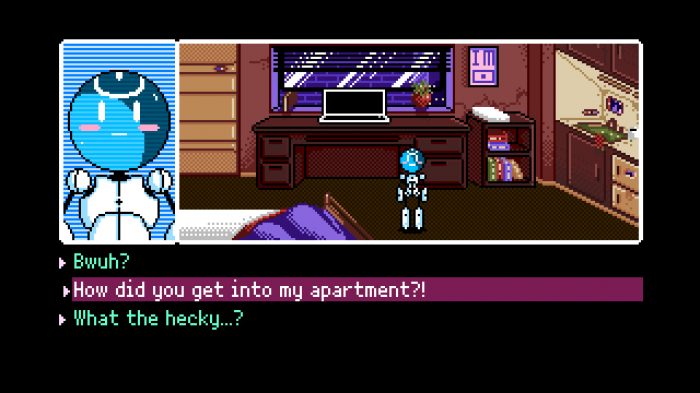 The meat of 2064 is dialogue with its many interesting characters.

The best thing about 2064 is definitely its narrative. During the whole campaign, the player controls an unnamed journalist that seems to be struggling with their current course of life. It all takes a spin when a little blue robot named Turing arrives at their home, claiming that they’re the only one who can help them find its creator (a friend of yours), who was kidnapped by someone. The plot thickens when you learn that Turing is the first truly sapient AI, something that can change the way the whole world works. So, in order to figure out the truth behind it all, you start doing a kind of detective job, searching around for clues about this event.

Your investigations will put you in contact with many distincts characters, some with very unique traits, thanks to the nature of the 2064 universe. Most of the game is composed of extensive dialogues with these characters. In a way, you could see 2064 as a kind of text adventure game. However, puzzles involving inventory management will happen from time to time, in a similar manner to a classic point and click adventure. The game is much more light on this matter, as you have only four types of interaction with each character: look, touch, talk and use an item. 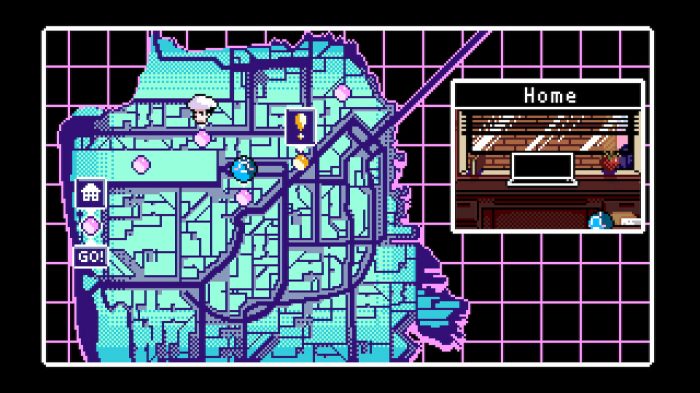 You’ll visit many places during your investigations.

The focus on the narrative is reflected on the interface itself, as about half of the screen is left to the text. The other half illustrates your current scenario. Everything is illustrated with a simple but pleasant art style; 2064 chooses to use a limited colour pallet, which makes it look like a lost game from the past. Its soundtrack corroborates to that feeling, due to the chip-tune effects. Each music outlines the current scenario, but some of them are true memorable, thanks to some jazz influences.

Regardless of how good the 2064′s narrative is, it doesn’t go unscathed through the entire length of the game. At points, it suffers from ‘errand boy syndrome’. More than once, you have to acquire certain info or items, but, in order to do that, a character asks you to get something from someone else. It’s a bit annoying, and feels like a way to extend the game artificially.

On top of that, some action-focused portions at the end of the don’t work perfectly, either. Almost out of nowhere, 2064 asks the player to react quickly, shooting enemies on-screen with a cursor. Due to clunky and unresponsive controls, what could be a thrilling heist sequence becomes a frustrating jagged segment.

Still, the game still manages to deliver a powerful narrative that goes deep on individuality, freedom, and identity. It’s a narrative you’ll remember.

2064: Read Only Memories INTEGRAL uses the formula and style of an old school adventure game to tell a narrative about a cyberpunk future. By doing that, it delivers a very interesting narrative, despite some minor flaws.