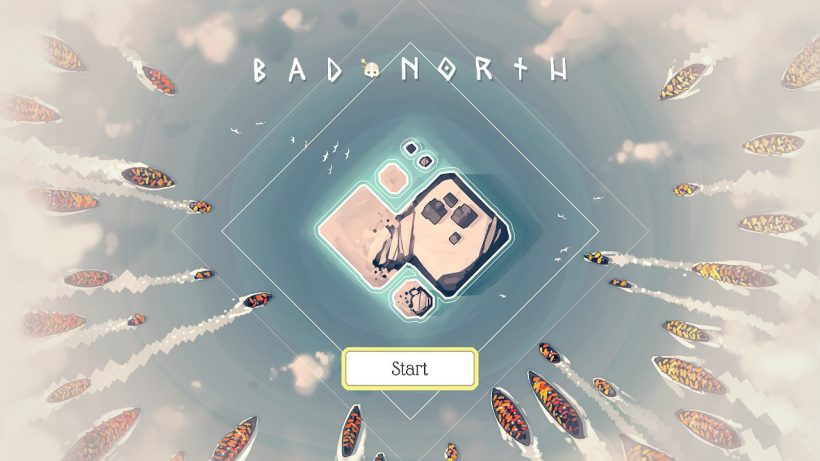 There’s hardly a genre more intrinsic to the PC environment than real-time strategy games. They are so well-adapted to be played with mouse and keyboard, that a long time passed until a RTS made the transition to consoles in a satisfactory way. Sure, there were attempts like the N64 version of Starcraft, but it was far from optimal. Now, Bad North comes to Switch to prove that this kind of game can fit into consoles, especially one that manages to do more with less. 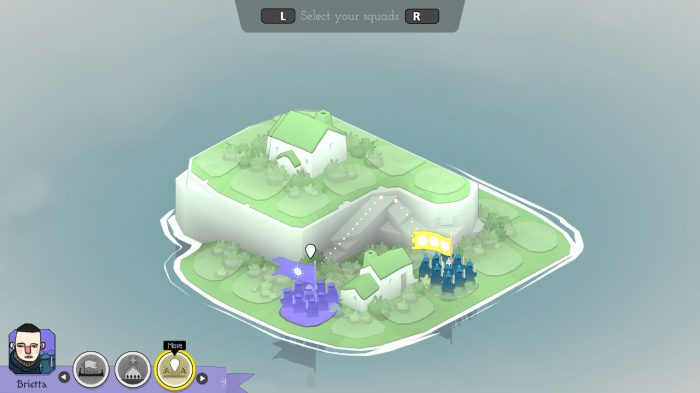 The tiny islands are your RTS battlefield.

Many elements from Bad North follows a kind of minimalistic approach on how to do things. Its narrative, for instance, doesn’t take a second to give you any details about the utter motives of your allies or enemies. All you know is that the vicious Vikings are coming to your land. To defend your people, you must lead your group of commanders from island to island, trying to reach as further as possible towards an unknown final objective.

With this basic premise, Bad North delivers a simple but surprisingly deep RTS experience that is packed within a roguelike structure. With a permadeath system and random-generated levels, the way the campaign works reminds a lot of FTL: Faster Than Light. Instead of a galactic map, though, you see the many tiny islands that represents each level. Certain islands reward you with items and new units, so you must think carefully about which path to choose, because the Viking arm is at your tail. 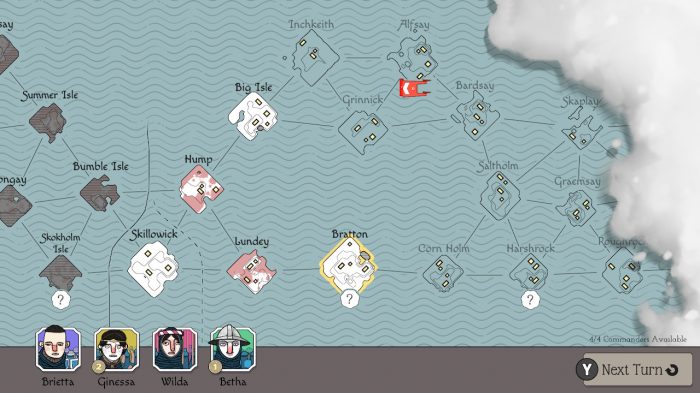 Go from island to island, doing your best to defend your people.

The RTS segment of Bad North starts when you select each island. Their layout is randomly-generated, with unique positioning for the houses you need to defend, and the terrain where you’ll position your units. There, you control up to four units that are represented by a commander, the leader of a small army of nine peoples. R and L buttons allows you to cycle between your units – doing that makes the time slower, which helps on the most frantic moments. When a unit is selected, you can move them around or use their special skill or equipped item.

As you progress through the campaign, you’ll get coins from the islands you defend, which can be used to upgrade your units with three different types of weapons: swords, arches and pikes. Each one of them is better against a certain enemy and gets benefits from the correct positioning according to the island layout. Putting an archer on a higher ground, for instance, allows for a broader shooting range. Pikes, on the other hand, can’t walk and fight at the same time, but they are powerful when blocking a narrow passage. 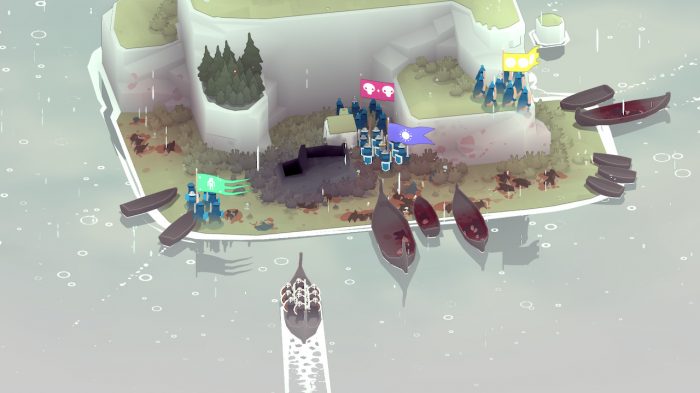 This rewarding and deep RTS combat is presented with a beautiful minimalistic 3D art style. Each tiny island uses a certain colour pallet that can change depending on the weather condition, and the conditions of the battle. Wind, rain or snow helps to compose a truly epic war scenario. Its rhythmic soundtrack contributes too with what seems to be a constant Viking war drum.

When you look at everything Bad North has to offer, you see it manages to do lots with its very minimalistic approach. It may put away some people due to its almost unfair difficult curve. Even so, Bad North is one of those indie gems that offers much more than what seems at first glance.

Bad North not only manages to bring the RTS genre to the consoles, but it does that in a surprisingly good way thanks to its minimalist philosophy and rewarding tactical combat system.