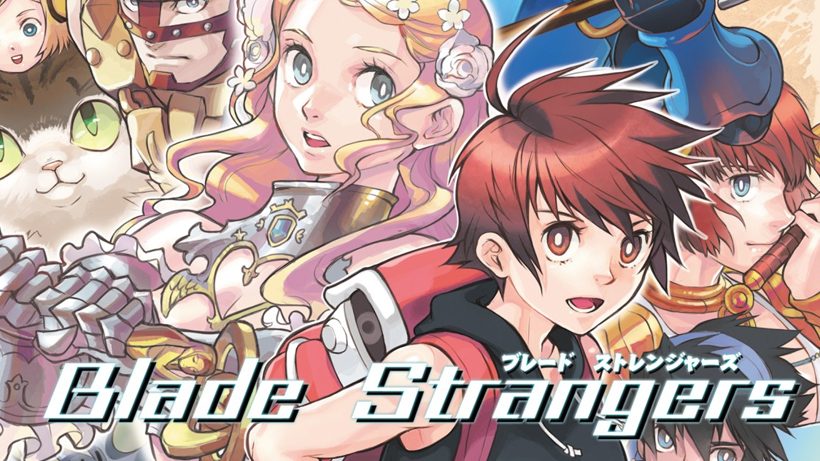 Fighting has never been this accessible.

Have you ever wanted to know what would happen if Shovel Knight got into a fight with Gunvolt while Isacc cried over in the corner? Well, in Blade Strangers you can do just that as characters from Code of Princess, Cave Story, Umihara Kawase, Azure Striker Gunvolt, The Binding of Isacc and Shovel Knight come together to beat each other up in what might be one of the best fighting videogames available on the Nintendo Switch to date.

So how did these characters come together you ask. You see, in the world of Blade Strangers every universe is one of many simulations that are part of an interdimensional network of servers. These are overseen by the goddess Exiva and her Motes, a group of sentient computers along with champions known as Blade Strangers. When a being known as Lina appears and starts to eat the severs, therefore destroying the worlds, it falls to the last few remaining heroes to battle through a fighting tournament and become strong enough to defeat Lina.

Described as being an accessible fighting title, Blade Strangers gives players a control scheme that means even the most novice of fighters can enjoy the action. You have you’ll movement and buttons for light and heavy attacks, specials, grabs and so on which can all be combined to unleash some surprisingly powerful and visual stunning attacks. Starting off with only a basic knowledge of the moves for each character players will quickly pick up the controls and combos soon finding themselves able to preform even the most impressive attacks.

Each of the characters has their own story mode to complete which will unlock extra fighters and several goodies on completion. This means that you will want to finish the story with at least each character once over to understand the grand scale of the story. If you then want to master a character you can play through the story again or take them into one of the many other modes to improve your performance with them, earning new titles and extras along the way.

Though online battles are included it is worth noting that this part of the title is not without some problems. Let alone the time it takes to find an opponent, the online menus are confusing, and the matches suffer from performance drops and serious lag spikes at times as well. It is a shame as it is fun to go up against other players but thankfully the local multiplayer makes up for the shortfalls of the online component.

All of this is presented in a visual style that is not only appealing to look at when static but also holds up well when in motion. As fights are full of fast paced action with numerous special effects, the art of each character ensures that even in the most hectic of moments you can keep track of what is going on. Add in the superb sound direction and soundtrack and you end up with a title that not only plays well but also looks and sounds amazing.

In the end, Blade Strangers may be one of the best fighting videogames on the Switch along with being the most accessible. Even if you are new to the genre, I highly recommend checking out the title and unleash some stylish moves.

Blade Strangers is full of character, style and impressive visuals all while delivering a solid fighting videogame experience with some of the most accessible controls going. Play it now!