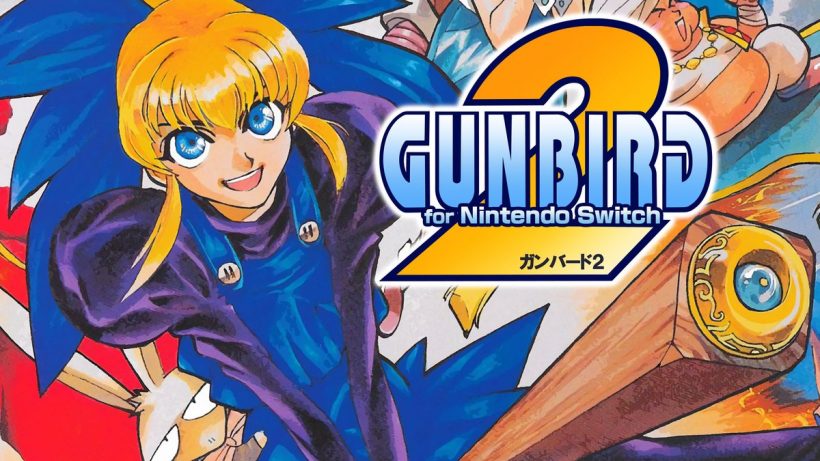 If you’ve played the first Gunbird (which we thought was decent, scoring it a healthy 3.5/5), you’ll know exactly what to expect from its sequel. Actually, to be quite honest, even if you’d never played it before, I’d wager you’ll know exactly what to expect regardless. Gunbird 2 is a classic shmup through and through, so you probably don’t need my opinion to know whether or not you’d enjoy it, but let’s take a bit of a closer look anyway.

Much like the original (and any other shmup, for that matter), you take control of one of four characters, each of which possessing a unique fire pattern along with various special abilities. The characters themselves play little to no role at all in how the game actually plays, but their designs are nevertheless decent, and it’s cool that the devs took the time to make them unique.

Gunbird 2 is about as straightforward as you’d imagine – you traverse up vertically scrolling levels, mowing down any and all enemies that make the mistake of getting in your way.  As you destroy enemies, you’ll be granted with power-ups which make your weaponry more powerful whilst also covering a wider range of field. The game is surprisingly lenient in giving you these power-ups, so it won’t be long before you’ll feel genuinely powerful enough to take on any foe.

That’s not to say that the game is easy, however (well, unless you specifically choose to make it so) – it feels like more of a bullet-hell title than its predecessor, with enemies hurling bullets in every direction, all of which can kill you in one swift hit. The higher you set the difficulty, the more brutal the enemies become, so as you become more efficient at the game, you can easily bump the difficulty up a bit to increase its longevity.

Graphically, the game is pretty impressive for its time. Originally released in 1998, it was one of few examples to still be using pixelated visuals. As such, it’s one of the more advanced examples. The environments are nicely varied, and you’ll frequently see innocent NPCs running around in a state whilst you rain bullets across the stages. Similarly, the enemies themselves look great for the most part. A few are a bit run of the mill, but the bosses in particular are impressively creative and intimidating. Overall, it’s bright, colourful and detailed, which is all we can really ask for.

As with any shmup on the Switch these days, you’ve also got the handy ability to orient the display vertically, so you can play the game as it was truly meant to be played whilst in handheld mode. I’d fully recommend investing in a decent grip accessory for when you want to play games such as Gunbird 2, if you can.

Gunbird 2 is a decent experience, but does nothing new or innovative compared to its peers. It’s largely the same as its predecessor, and very similar to other titles such as Samurai Aces. To be honest though, more of the same is perfectly fine with me. To that end, it’s no better or worse than the first same, so it’ll be receiving the same score.

Gunbird 2 is no better or worse than the first title, it’s just more of the same. If that’s acceptable to you, you’ll be getting a great little shmup that’ll keep you entertained for a good few hours.