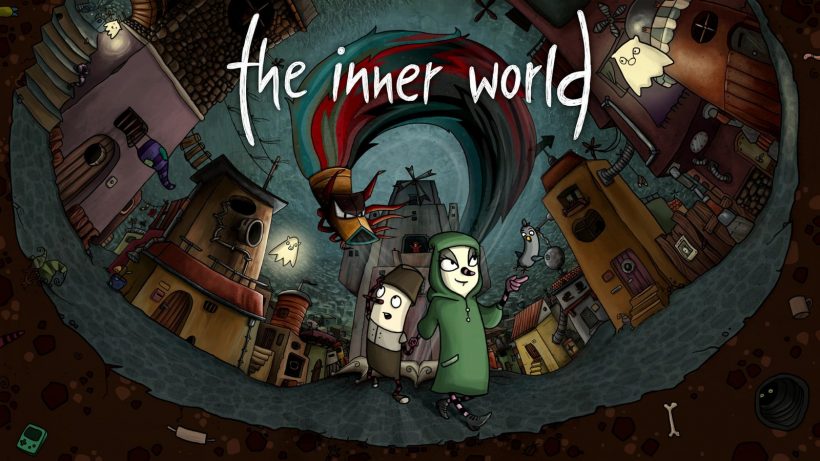 Delving into the depths of… soil.

The Inner World is a really, really weird game.

Taking influence from classic point-and-click titles, The Inner World takes place in the bizarre, uh, inner world of soil, of all things. Known as Asposia, it’s home to a host of weird and wonderful characters that you’ll get to meet along your journey. Unfortunately however, the game itself is just not quite polished enough to provide a particularly fun experience, and everything from the animation to the user-interface could have done with a bit more time in development. Still, I have to give credit for its ambition.

You play as Robert, a charmingly innocent protagonist sporting a spotted nose (instead of the normal stripy nose – look, just don’t ask). After a slight mishap during the opening sequence, you’re off on your adventure. The game is a point-and-click experience at its core, and you’ll spend a lot of your time wandering around, poking and prodding various items whilst chatting to the locals to gain information and clues. Unlike a lot of examples of the genre, you can actually control Robert directly using the left analogue stick, which is a nice change of pace to the normal ‘click here to walk’ mechanic that players might be used to.

In a rather baffling choice, however, the touch screen is not put to use at all in this game. It would have been incredibly easy and intuitive to simply tap on items of interest, but instead you need to press various buttons and navigate a confusing interface to finally pick up an item. It’s unnecessarily obtuse, which is a shame because it could have easily been a lot better. To make matters worse, when you have multiple items in the nearby vicinity, it can be a bit difficult to click on the correct one, meaning you’ll be carefully nudging Robert in a certain direction in order to click on the correct item.

Character interactions are a lot more positive, however. It’s clear a lot of care was taken into making the inhabitants of Asposia funny, weird and suitably informative. Their designs leave a bit to be desired as a lot of the characters look very similar to one another, but thankfully their individual personalities shine through. To supplement this, the voice acting is mostly top notch, and I frequently found myself giggling at some of the dialogue on offer.

In terms of visuals, The Inner World looks nice overall, but the animation is a bit stiff. It almost looks like one of those low-budget kids programmes you see at 6am in the morning – characters look a bit jerky in their movements, and the speech animation is particularly amateurish. Nevertheless, there’s a charm to the visuals that I can’t shake off, and the hand-drawn environments in particular look wonderful.

If you’re a fan of point-and-click adventure titles, there’s a lot to be gained from The Inner World. It’s got all the ingredients necessary for an entertaining experience, but unfortunately the controls are a bit too fiddly and the animation too stiff to fully recommend to the general gaming community. It might be worth a look during the quieter release periods during the year.

The Inner World has the potential to be a great adventure title, but unfortunately the use interface is a bit too confusing to provide a worthwhile experience.