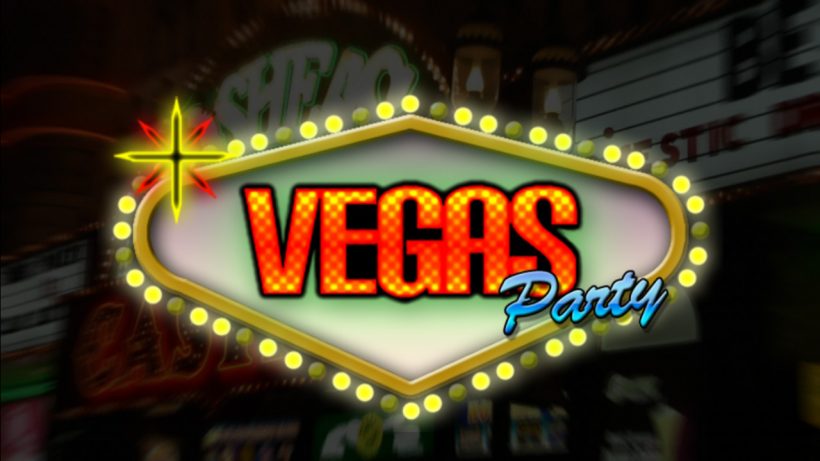 There ain’t no party like a Vegas Party! (Which is a relief…)

Parties are supposed to be fun, right? Somehow, I think Vegas Party forgot the memo. The latest in a long run of games to be ported to the Nintendo Switch – having released on the Wii and the PlayStation Vita amongst other platforms – Vegas Party is a multiplayer-focused game in the mould of Mario Party.

If you haven’t already guessed from the game’s name, Vegas Party is inspired by Las Vegas’ famous strip and all the mini-games that make up the finished product are based on the various popular gambling games that the casinos have on offer.

There are three four-player modes to the games, and you can fill out the players either with friends locally or the CPU. Quick Play is the first, where you can play one of the ten mini-games. Competition, where you play through the mini-games randomly and the highest score at the end wins, is next, while The Strip, where you roll dice to progress around a board, playing mini-games and earning bonuses and being dished out with penalties if you land on specific squares.

The problem is, it isn’t actually that good. First off, the controls are terrible. The game treats the Switch’s Joy-Con like a Wii Remote – even in handheld mode. You use the left Joy-Con to aim a cursor around the screen using either the analogue stick or the Joy-Con as a pointer but the game doesn’t seem to recognise whether you are playing in handheld or docked mode – meaning that you will be battling against the motion controls when trying to play the game in handheld mode.

It is a game that is obviously geared towards multiplayer with friends, so handheld mode may well have been an afterthought – but the Darts mini-game is pretty much unplayable due to the fact that you need to make a movement like Phil “The Power” Taylor with the Joy-Con to get your arrows on target. I didn’t really want to try this with the Joy-Con attached to the Switch…

Another major disappointment is that some of the mini-games feel a little pointless. In a casino, the thrill is the risk vs reward factor of winning and losing. Even when playing blackjack or poker with friends, a lot of the fun is in the mind games when trying to call each others’ bluff. Here, the cards are all laid out on the table – meaning that you can see everyone’s hand from the off.

So, after gathering that the gameplay isn’t going to cause the casino owners to look over their shoulders in fear anytime soon, how does the rest of the game (Texas) hold up?

Not very well, is the answer. The game looks and sounds dated. One of the characters you can pick as your player is obviously designed in the style of 50 Cent – and he hasn’t been relevant for at least a decade.

There is very little to keep you coming back and even if, for whatever reason, you did want to pick up from where you left off in your The Strip playthrough, you can’t, as there is no save function. Even Monopoly Switch allows for that!

Vegas Party is a game that you do not want to buy. If you really want to experience the casino culture, take the money you were thinking of spending on this game and go to a real casino.