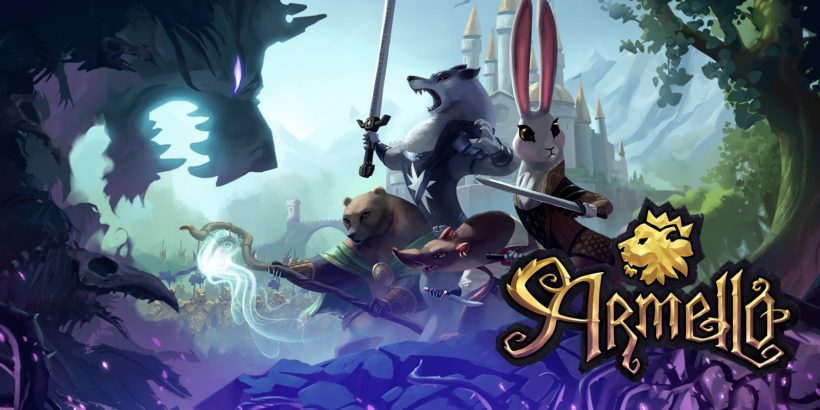 Armello is an aesthetically beautiful, yet structurally deep, fantasy board game whereby you aim to aid – or kill, should you desire – the king, who has been taken ill with a plague known only as The Rot. The multi-layered win mechanic allows dynamic gameplay elements to emerge throughout both single-player and online matches, ensuring that no one match is the same as the last. Through a clever mix of unique characters with different attributes and a procedurally generated playing field, Armello keeps things fresh and enjoyable, despite its many nuances and intricacies.

At the core of each game is the King. Win mechanics, for the most part, are centered around whether you are able to aid him, or off him. Through the use of your characters specialised proficiencies, you are able to plan your desired victory condition and move from there. Dynamic events, such as powerful character mobs patrolling nearby settlements, may change your initial plan, but this feeds perfectly into the ever-changing and living world that you find yourself traversing.

Each individual character’s existence feels purposeful, too; The character of Mercurio may not be the best fit should you find yourself in combat, but he is able to generate gold easily through various perks and abilities and, as such, can play gold-costing cards to aid his venture more so than other heroes may be able to. On the other hand, Thane is more suited to straight-up combat, although his physical prowess weakens during the day due to his nocturnal nature. Each character is thought out, both in terms of lore and pertinent abilities and, as a result, are balanced. Picking no one character results in victory any more than picking another.

For its many positive qualities, there are a few imperfections throughout the way. Due to the intricate nature of Armello‘s gameplay, it can initially seem overwhelming. With menu upon menu, stat upon stat clogging up your screen and seemingly all being introduced in quick succession, it’s easy to see how many would feel intimated at first. With time and experience, elements that once befuddled me are more clear and purposeful. The copious menus look less like fodder and, once mastered, become a valuable asset. The learning curve until you get to that level of confidence may be steep, but the colourful and inviting aesthetic helps to ease you in, even if it is occasionally at odds with the cluttered UI.

Considering that many think of the Nintendo Switch to be a sociable gaming experience, it’s a shame that local multiplayer is not included in this otherwise excellent bundle. With the console being able to handle the game with little to no technical problems, loading times can often feel like they last that bit too long, and I’m sure local multiplayer wouldn’t have helped that in the slightest. Other problems that the Switch can encounter is primarily in the handheld mode, largely being due to the aforementioned busy UI. It’s not a deal-breaker, but a minor blemish nonetheless.

Armello is a beautiful, engaging experience that is certainly one of the best digital board games we have seen in recent memory. While many may pass this off as the Switch receiving yet another port, a great game is a great game, regardless of whether it had been released prior.

Armello is a beautiful, engaging digital board game that manages to ensure that no two games feel the same. The omission of local play is a shame, but it’s one that can be mostly overlooked considering the sheer wonder that the rest of the game encapsulates so wonderfully.