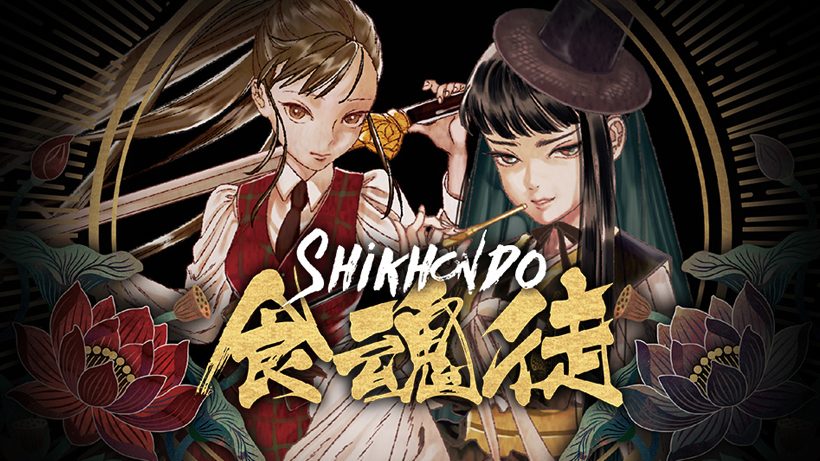 Who knew demons could look this good.

Bullet-hell videogames can offer suffer from the issue of being fairly similar to each other simply by the design and nature of the genre. That’s why when a title like Shikhondo – Soul Eater shows up it is hard not to want to sing its praise for being a title that takes the tried-and-tested formula and does enough to make it stand out among the rest.

The premise in this the title from Korean developer DeerFarm is that an army of demons known as yokai have escaped from Limbo and it falls to you to fight back against the invaders, freeing the capture souls from eternal torment. Featuring two playable characters, five stages full of intense bullet-hell action and hypnotic attack patterns and even local co-op, there is a lot riding in this title’s favour.

The core gameplay within Shikhondo – Soul Eater is fairly straightforward. You move around the stage to avoid incoming attacks and position yourself to unleash your own bullets. You won’t find an upgrades here though, as from the moment you start you will be firing insane amounts of bullets to save the day and earn the highest score possible. What matters in this title is how well you can master the few well polished systems, not what you choose to upgrade.

Genre veterans and newcomers alike with feel right at home with Shikhondo – Soul Eater as controls and gameplay mechanics are very accessible. You move with the thumb stick, shoot, active Soul Collect and use screen clearing bomb attacks each with a respective button. The only other control is the option to slow down your movement which by doing so makes your attacks attack spread smaller for more concentrated fire.

The Soul Collect mechanic in Shikhondo – Soul Eater is one way that the title looks to mix up the traditional gameplay. By filling up the meter players can impact their score while also having the option to unleash a powerful special attack. To do so, players need only attack enemies but for a faster charge rate they can graze enemy bullets. This is a risky move though but the payoff is worth it as you quickly destroy everything in your path.

Visually speaking, Shikhondo – Soul Eater is a stunning title that features a very unique artstyle that really plays on the setting. Throughout the title players will be able to enjoy impressive 2D artwork that showcases Korean mythology in an engaging way while adding to the excitement of the title. Even the border to the screen and the menus are filled with lovely artwork that you cannot help but appreciated while all accompanied by solid performance throughout.

Though the title lacks in the sound effect area it does make up for it with a spectacular soundtrack that keeps the adrenaline flowing. If there is one thing that a bullet-hell up title should have it is a brilliant soundtrack and this is one requirement that Shikhondo – Soul Eater aces.

So with enjoyable gameplay, solid performance, an absolutely brilliant soundtrack and stunning design, where does that leave the title? In truth, it all adds up to be a fantastic title that only really lacks improved sound effects and online co-op that will be a welcomed addition to anyone’s library.

Shikhondo – Soul Eater is a fantastic title that will be sure to make veterans and newcomers alike happy with its engaging gameplay and stunning design.