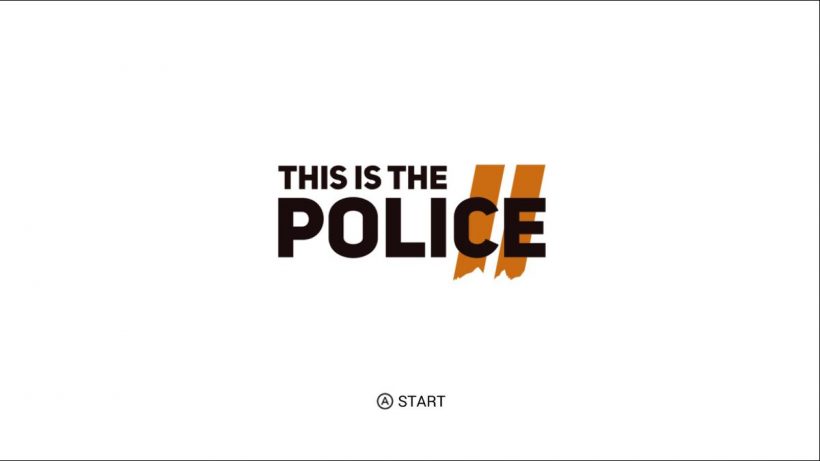 When the first This is the Police arrived on Switch last year, it attracted some attention thanks to its unique approach to the micro-management genre. Now, its sequel takes pretty much every element from the first game and makes them even more complex. Being a cop will be harder this time, especially when you learn that having more isn’t necessary better. 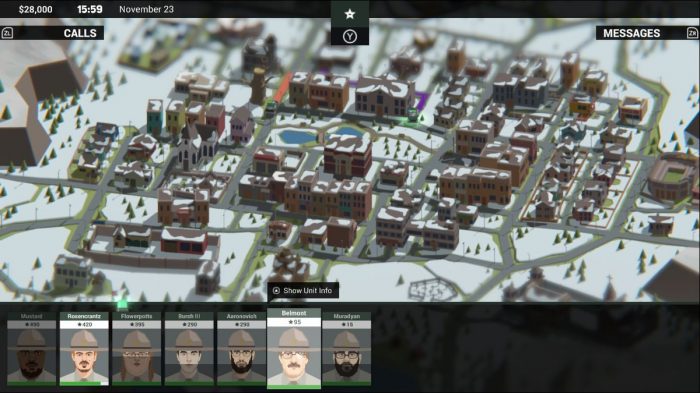 Watch over Sharpwood as new crime calls start to appear all over town.

After events from the first game, the former-Police Chief Jack Boyd went into hiding, but some events lead him into the police department of Sharpwood. There, he’ll try to help the sheriff Lilly Reed, who’s been struggling with a violent town and an unsubordinated squadron. To perform the task, you’ll have to deal directly with the police squad, designating who’s going to work on each shift, who’s going to attend each call, and who’s going to investigate complicated cases. There’s a lot to take care of, and each one of these activities has its own small details to be considered.

Just like in the first game, all the tasks you must perform will be represented within a scale model of the city. After you decide which cops will work on the day, and deal with all their excuses to skip work, you then must wait until calls from all over the town starts to pop-in. When they appear, you’ll have a short fraction of time to choose which cops to deal with the situation. Different than the first game, though, this time some very specific traits from your cops may alter the outcome of the situation.

Dive into the action by controlling your cops during turn-based segments.

This happens because This is the Police 2 invests heavily on certain RPG elements. Cops not only have a star indicator for their general efficiency, but also unique attributes that can be upgraded individually, unlocking further traits. This adds lots depth to your day-to-day activities, but it comes with a terrible drawback. Certain situations will require very specific skills, but the game doesn’t give you enough information in advance.

Unfortunately, this also plagues the newest addition of This is the Police 2. Certain missions now require your squad to work as a tactical team, and they take place as turn-based segments in which you control each cop directly within a top-down perspective. This welcoming addition plays similarly to games like XCOM and Mario + Rabbits, however, it suffers from the same excess of elements. 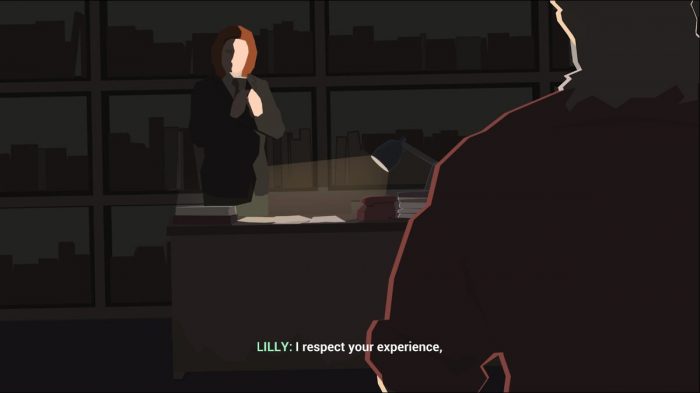 This is the Police 2’s narrative is presented with a distinct 2D art style.

Your cops have traits that can be used during the turn-based missions, and they can also be equipped with items such as batons, Tasers, and guns. Thanks to that, you can really customise your squadron to have cops with very distinct play styles, which sounds amazing on paper. In reality, though, the lack of information obliges you to go on missions with characters unfit for the situation. What could be a fun strategic mission, then, often becomes a frustrating attempt, doomed to failure from the beginning.

Despite its failures, This is the Police 2 is still capable of creating some truly compelling moments, specially concerning its narrative. The distinct 2D art style from the first game is back, and now full animated sequences help to tell the story of Sharpwood. Sadly, in an attempt to add more to the basis found on the first game, This is the Police 2 losses some of its appeal.

This is the Police 2 tries to take every single element from the first game and turn them into something more complex and compelling. While its distinct art style brilliantly portraits a narrative about crime and corruption, the new addictions result in a convoluted game, more frustrating than its predecessor.