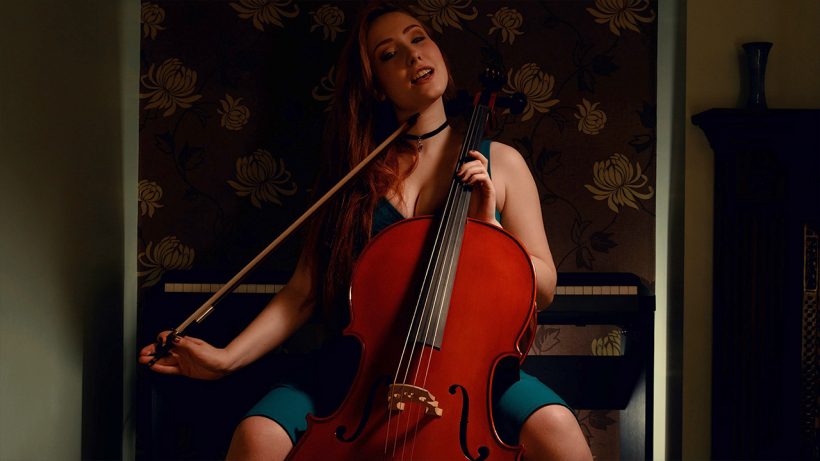 With Halloween just around the corner, it’s best to ensure that there isn’t a killer on the loose.

That’s your mission in The Shapeshifting Detective. A young woman who has posed for a series of boudoir photos has been murdered, and suspicion is cast upon those who knew her. From her photographer to her boyfriend, the story leads you into casting doubt upon every character in the story. Particularly suspicious, though, are a group of three tarot readers who predicted her death, and later predict another death of a high-profile figure in the town of August.

If you’re familiar with the previous FMV title from Wales Interactive on Switch, The Infectious Madness of Doctor Dekker, this is a pretty similar experience. In The Shapeshifting Detective, much like in that game, you follow the story by selecting the characters you want to hear from. The order you choose them will dictate the availability of follow-up questions that you might be able to ask – pulling them out on contradictions if another character’s comments mean the alibis don’t match up, for instance – and you also have multiple choice questions and responses. Choosing between these will affect how the story ends, with the game offering three potential killers – but the killer is randomly chosen at the start of the game, so the game does feel more like an investigation as a result.

Much like any film or TV series, The Shapeshifting Detective should be judged on the quality of its acting performances, as well as the plot and its execution. Actress Aislinn De’Ath, who stole the show in Doctor Dekker as sultry seductress Marianna, is the only cast member to return in The Shapeshifting Detective. She plays Violet, who owns the guest house where the tarot trio are being put up during the game’s narrative. It’s a less likeable role for her, but she connects well again. But the star of the show this time is the most self-assured of the tarot readers, Bronwyn, played by Anarosa De Eizaguirre Butler, who comes across as really warm and makes you want to do whatever you can to avoid pinning the murder on her. Elsewhere, there is sadly some over-acting which provides a disconnect at times – yes, working as an actor with just a camera to bounce off is nowhere near the easiest of tasks, but going so over the top can undo the hard work of a strong acting performance that preceded it.

The unique selling point of the game is the shapeshifting, where you literally turn into another character to prompt new information out of others. It’s an interesting mechanic, for sure, but having to return to a bedroom each time in order to do so gets a tad tedious. You can also delete possible lines of questioning as a way of keeping your cards close to your chest, but you need to replay the game over to find out the effects.

The game also features an in-game radio station which delivers dark fiction in between your queries with the characters – so the main story is not the only one you’ll be getting. It’s a neat touch, though its placement on what is essentially an intermediary screen between visiting characters means some players will just rush on by it.

Wales Interactive continue to deliver on their niche market genre with an engaging plot for this whodunnit murder mystery. Some overacting and the clunky mechanic for the shapeshifting prevent it scoring higher.