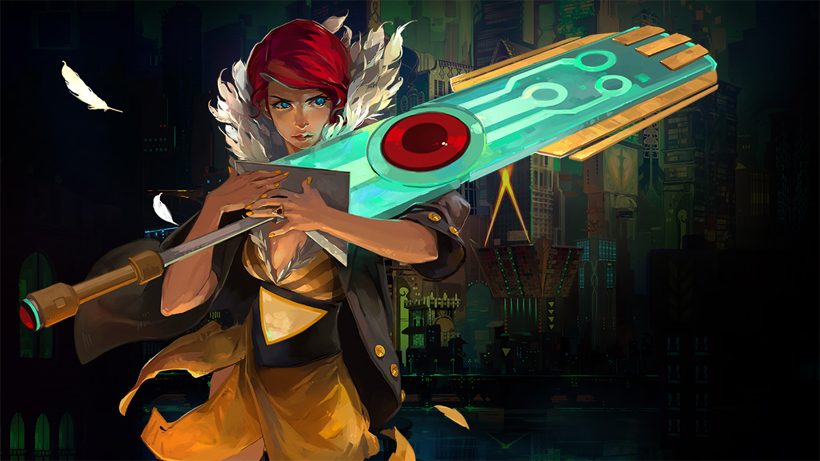 Beauty and grace found within an engaging title.

Originally released back in 2014 the sci-fi action role-playing title Transistor from developer Supergiant Games is now available on the Nintendo Switch. Set in the stunning city of Cloudbreak the story of the famous singer Red who following a failed assassination attempt has been left without her voice. Now, with a new companion and an evil robotic force to deal with Red is on a grand adventure that will keep players’ attention until the very end.

Equip with a sword-like weapon known as the Transistor, players will engage in thrilling and intensive combat that is all about positioning and options. Battles take place within the world with small areas being blocked off. As enemies spawn the player will be able to use a number of abilities to take down their opponents with style and grace. This happens in real-time but thanks to the Turn () mode players can pause time and queue up actions that can be performed at lighting speed.

Of course, no adventure would be complete without having to battle epic bosses and Transistor makes sure that their are plenty of them to take down with each one being a memorable fight. In fact, every enemy that players will encounter, regardless of size, is unique and requires a different approach with new types being introduced at a steady rate. This helps to keep the action fresh and the journey through Cloudbreak more interesting. Along the way players will also find numerous new abilities that further enhance the combat. Each of these can be equipped into one of the four slots to be performed as an attack or equipped to another ability to upgrade its attributes. These options along with how players choose to position and move around the battlefield create a gameplay system that is fluid, interesting and fun.

Thankfully all of this is able to be controlled with ease thanks to a simple control scheme that ensures players of all skill levels can jump in play right away. Each of the four active abilities is linked with a face-button and movement is just the left analog stick. The accessible controls only enrich the experience ensuring that players are in full control even during the most chaotic of battles.

In terms of presentation, Transistor is a beautiful title that still holds up even now years after its original release. The futuristic city of Cloudbreak is gorgeous and has one of the most immersive atmospheres in a video game to date that is accompanied by stunning audio design. The soundtrack is superb and memorable with ambient sounds to match making the experience truly beautiful. All of this is enjoyed at a solid frame rate that comes with short loads times as well, making it a smooth experience.

All of this makes for a title that feels right at home on the Switch. Not only is it one to lose yourself in but it also offers a sense of escapism and a relaxing nature. Whether you play it on the big screen or in handheld mode you are sure to have an enjoyable and memorable journey throughout. Though it is recommend you wear headphones for the best experience.

Beautiful, graceful and full of charm. Transistor is a gem that should be in everyone’s collection.