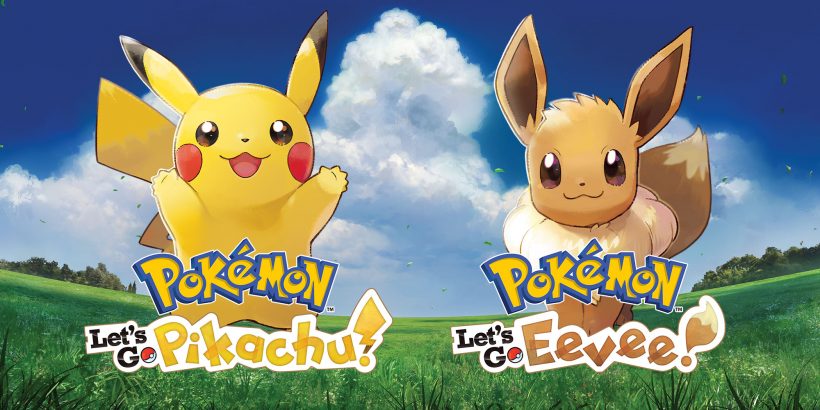 The first generation of Pokémon was the best. Nothing – and I mean nothing – evokes such a sense of nostalgia as getting your first Pokémon in Pallet Town from Professor Oak, and then taking on both the challenges of the Pokémon League and completing the Pokédex as you travel across the wondrous world of Kanto. It’s a formula that the Pokémon series would stick rigidly to for almost twenty years, before the Sun and Moon games on 3DS started to do their own thing by doing away with gym battles in a bid to keep the series fresh.

But, as the phenomenal 2016 success of Pokémon GO proved, there has always been a hankering for that original generation of Pokémon, and its creators have since wanted to ensure that every youngster gets onto that ‘gateway drug’ of the series. The kids of the Nineties got Pokémon Red, Blue and Yellow, and never before or since has there been such a generation-defining game on any level. It was genius, then, for Nintendo and Game Freak to give the same experience to the kids of the 00’s with Game Boy Advance pairing Pokémon FireRed and LeafGreen. Now, a third decade’s worth of youngsters are able to begin their Kanto adventure and take in the Pokémon experience which started it all.

And it does feel like a new experience, despite returning to a Kanto environment that series veterans will know inside out by now. In order to get those Pokémon GO fans converted onto console versions of Pokémon, the catching system has been given a massive overhaul, and now resembles something a lot closer to how it is in the mobile title. The best aspect of this is that, while the long grass which wild Pokémon jump out of is still present and correct, walking in it no longer throws up the possibility of unknowingly falling into a battle when you were trying to minimise damage as you race your beaten-up Pokémon to the nearest Pokémon Center. No, this time, the Pokémon literally appear out of nowhere in the overworld, and you see them walking around. For those kids who watched the Pokémon TV series and imagined themselves in the Pokémon world growing up, this is a wonderful boost to the games’ immersiveness, and also has the added bonus of meaning you can go through the majority of the game dodging wild Pokémon entirely if you choose.

Then, perhaps an even more radical change: battles with wild Pokémonare gone. Like in Pokémon GO, when you find a Pokémon, a shrinking coloured circle appears, and if you’re playing on the TV, you’ll need to use either the Poké Ball Plus accessory or a single Joy-Con, physically swinging it forward in order to launch the ball forward. Again, the premise of throwing the ball is incredibly immersive, but it comes at an unnecessary cost – balls missing has been carried over from GO. In regular Pokémon games, every ball would connect without fail, and then you’d watch intently for it to shake three times and then click to signal the catch. But, particularly when the motion controls are not wonderfully accurate, losing lots of balls because the game doesn’t lob them where you intended is infuriating. Fortunately, you can get around this by playing in handheld mode, but that’s not quite good enough – this being the first home console Pokémon adventure of this kind, it would be great to get the option to play without the motion controls on the big screen.

When catches do go right, however, more Pokémon GO elements start to seep through. Catching multiples of the same Pokemon in a row leads to bonuses and even an increased chance of seeing a rare shiny version. It also increases your party XP, which is particularly handy for levelling up. In fact, Pokémoncatches are more profitable XP wise than trainer battles, so players are encouraged to stick around on the map’s Routes to ensure their whole party is up to scratch. Speaking of parties, the PC system has been done away with, and rather than having to visit a Pokémon Center to fetch your non-party Pokémon, you can switch them in at any time using your bag. It’s a really handy tool, but if you’ve got a bunch of high-level Pokémon this can make things a lot easier when you’re able to swap those low on HP out.

As ever, the exploration part of Pokémon Let’s Go is a joy to play. No matter how well you know the land of Kanto, seeing it in this high definition presentation is quite beautiful, and gives all of it a new lease of life. This is just about as good as things are ever going to get in terms of Pokémon’s presentation – this writer is in the camp which is calling for a Breath of the Wild-style open world for next year’s new generation of main series games, and after playing these Let’s Go games, that would be a sure-fire way to blow players away even further next time around.

New additions to the game include impressive cut-scenes involving your partner Pokémon, making things a lot more like the TV series. You can set another Pokémon to walk behind you through Kanto like Pikachu did in the original Pokémon Yellow. There are even new storyline additions to look forward to later on. Of course, the return of Team Rocket’s Jessie, James and Meowth, appearing in the RPG Pokémon games for the first time since Yellow is the icing on the cake.

There’s more – while the game tries to stick to the original 151 Pokémon, the inclusion of brand-new Pokémon Meltan and its evolution, Melmetal, pushes these games up to the must-buy territory for those who think they’ve seen it all before. You can trade in-game for the Alolan versions of Pokémon, and of course send them over from Pokémon GO too at a later stage of the game.

But the major factor here is the joy that the two games evoke. Still smiling while writing this review, the urge to dive back into the game and continue the exploration is huge – everything is a wonder, from the small details of artwork decorations in buildings to seeing everything you thought you knew looking more beautiful than ever. Pokemon Let’s Go, other than the blip of the catching controls, is a work of art.

Whether it’s your Pokémon entry point or you’re returning to Kanto yet again, Pokémon Let’s Go is for everyone. The lame motion controls aside, this is adventure perfection, not once feeling jaded after dozens of hours’ play.