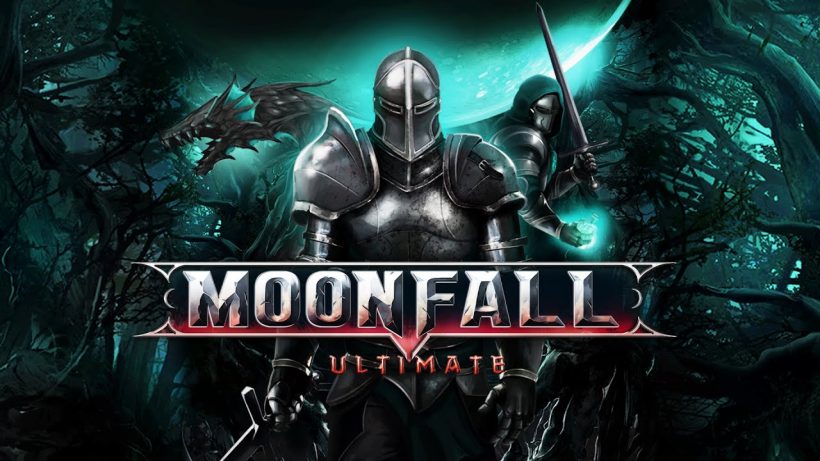 If you’ve ever found yourself craving a 2D rendition of Blizzard’s celebrated Diablo series, Moonfall Ultimate will be additional torture – if only due to the thought at what could have been. This side-scrolling Action RPG has its heart in the right place, what with multiple playable characters, a strong set of medieval-gothic levels to fight through, and a light emphasis on loot, but after a few hours of playing it becomes clear that the developer behind Moonfall Ultimate has bitten off more than it can chew.

Moonfall Ultimate does at least instantly make a fantastic impression. This is largely due to the painterly art style that accompanies it, which also translates into the game’s ink-blotty cutscenes that really helps immerse you into a world of knights, monsters, and wizardry. It’s clear that a great deal of time and attention has been given to Moonfall Ultimate’s admittedly varied characters and locations. At times it can feel like you’re playing through a comic book. However, it’s when you get deep into the nitty gritty of combat that things soon become monotonous and the cracks begin to show. 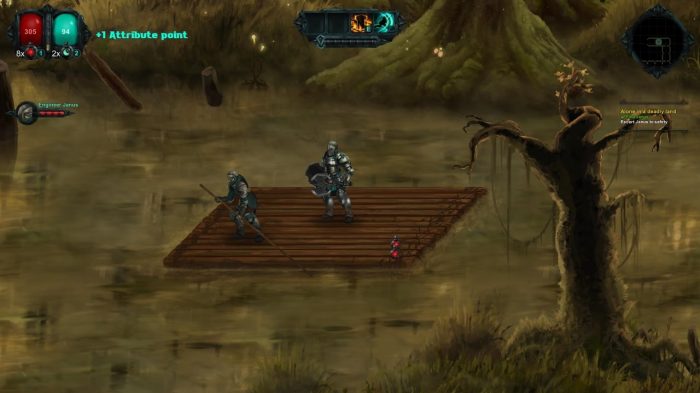 Swinging or casting at the various enemies you bump into too easily boils down to hammering the Nintendo Switch’s back triggers over and over as you venture from screen to screen. In any one of the three classes you choose, Moonfall Ultimate struggles to make being a badass warrior interesting. Earlier I mentioned that Moonfall Ultimate displays shades of Diablo, and this is largely due to the various combat skills you can unlock and pour your ability points into. In true Diablo fashion are these attacks are assigned to the Switch’s face buttons, but even a mighty shield bash feels sluggish and is nowhere near as visually exciting as one would expect.

Being able to use these special attacks is all about managing the various cooldown metres attributed to each, topping up with the odd mana and health potion to keep the slaughter ongoing. A major issue, however, is in how ineffective they are compared to your main mode of attack. This is because it’s too easy to get swarmed by enemies the moment you step into a new area, leading you to resort to just mashing the triggers while constantly topping up your health. Moonfall Ultimate attack animations are so lengthy, and especially early on does it seem like there isn’t a fair way to get into a good rhythm of block and attack. 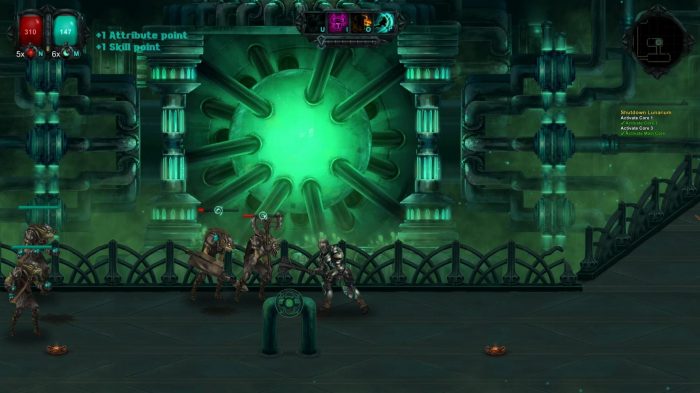 Progression in Moonfall Ultimate works by having your character undertake quests given to by inhabitants of a hub, where you can also upgrade and repair gear, acquire items, and more. From here you’ll continue to head out back into the wilderness to see what’s in store, until your caught in a repetitive loop of bouts against hordes of creatures. There are an impressive set of enemy types you come across, along with a handful of bosses; yet even such variety isn’t enough to keep you engaged.

One of Moonfall Ultimate’s few saving graces is that it’s much more fun to play with a friend, where two of you play through the campaign that suddenly makes the game more Golden Axe than Diablo. As a single-player experience, though, Moonfall Ultimate feels lacking. There’s the spark of a good idea in here, and as mentioned, looking at the game can be a visual treat. Neither of these elements do much to distract you from the game’s uninspired combat, and that in a hack and slash side-scroller is a bit of a problem.

Despite an appropriately grim presentation and a fun take on co-operative multiplayer, Moonfall ultimate squanders its 2D Diablo-lite concept premise with its repetitive and uninspired hack ‘n’ slash combat.