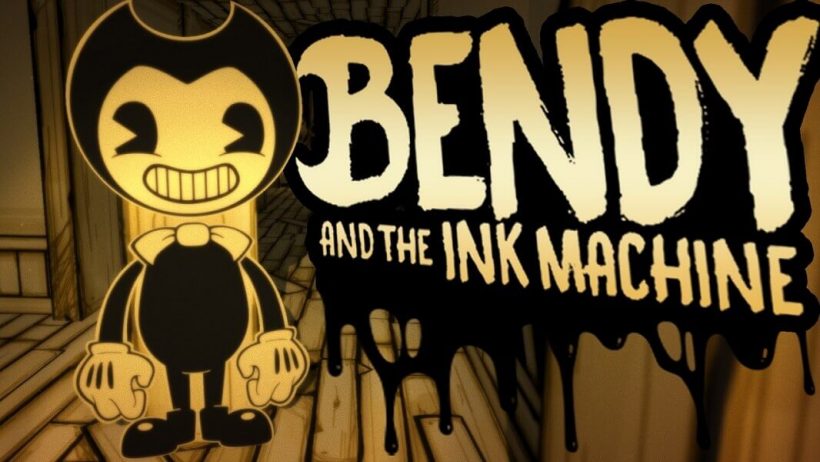 Having been such an ardent fan of the survival horror genre for the majority of my gaming life, it takes quite a lot to unsettle me these days. To make things even more difficult for developers, it can be exceedingly difficult to come up with effective scares without feeling like you’re blatantly ripping off earlier titles. Take Bendy and the Ink Machine – this is a game that clearly borrows quite heavily from the first-person horror games from the past few years, but by doing so, it fails to do anything even remotely original. As a result, it’s a game that’s about as scary as a cute Toy Poodle.

You take on the role of Henry Stein, who has been invited back to his old animation studio by his colleague and employer Joey Drew. Upon his arrival, however, he finds that not only has the studio become a tad run down, but it’s also the home of the mysterious ‘Ink Machine’. Oh, and it’s also crawling with creepy ‘ink creatures’ and the titular ‘Bendy’. The plot’s development is very reminiscent of Bioshock, with aspects of Outlast thrown in here and there. Audio tapes litter the environment, giving more context to the sights you’ll come across as you explore the dilapidated studio, and these are presented with decent voice-over work for their respective characters.

Bendy and the Ink Machine is mostly a puzzle based exploration game, with a shallow combat element to compliment. Movement is slow, and clicking down the left analogue stick to sprint makes little difference. This isn’t a major issue for the most part, as much of the game requires you to find and collect various items, but since the game failed to scare me, I found myself wishing it would just speed up a little bit. Early in the game, you’ll also gain an axe, which is useful for breaking down boarded doorways and fending off the various ink creatures. It’s a very rudimentary form of combat, however, and it would have been nice if this were expanded upon a bit more.

Visually, the game knows exactly what it wants to be, but somehow still fails in doing so effectively. The environments are mostly sepia toned thanks to the predominantly wooden building design, and you’ll often see jet black ink flowing through corridors and dripping from the ceiling. You can also interact with your surroundings in cool little ways, including playing with the pool table and throwing some darts. It’s genuinely a really cool aesthetic, but the problem is it simply doesn’t work in the context of a survival-horror game. Similarly, the creatures – and Bendy himself – are well designed, taking clear inspiration from the cartoons of the early 20th century, but again, they aren’t particularly scary.

A combination of clunky, shallow combat, cheap jump scares and repetitive environmental design do not make for a good horror title. Nevertheless, it does enough to warrant a recommendation, at least when it falls down price a bit. The story beats, voice-over work and puzzle elements are good enough to entertain until the end credits, but don’t expect to walk away feeling like this could give Outlast a run for its money, because it really can’t.

Bendy and the Ink Machine

Bendy and the Ink Machine is a decent environmental puzzle title. Sadly, though, it just doesn’t work as a survival horror. There are more effective examples already available on the Switch, and you’d do well to check those out first.