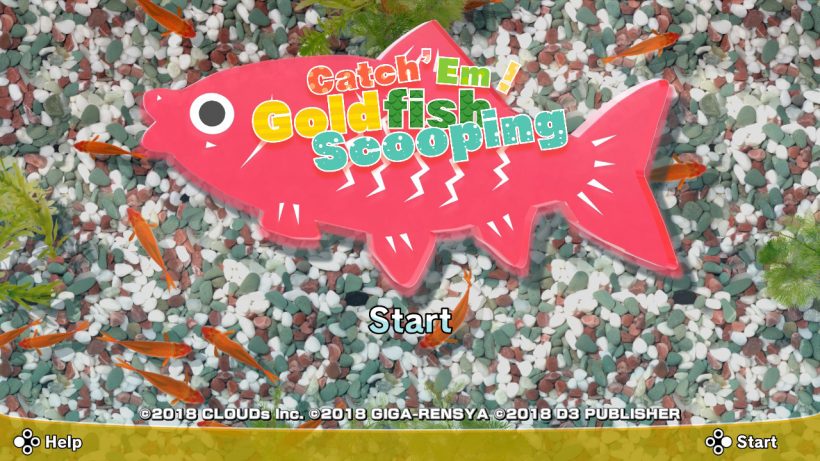 Catch ’em if you can.

Having tried the game with my boyfriend, our quick answer to the above question is a resounding “no”. Each of the four multiplayer modes are ridden with issues, and the repetitive gameplay ensures that even the single-player modes are dull and monotonous. Additionally, the game’s motion controls are counter-intuitive and frustrating, requiring the pressing of buttons in addition to making scooping motions with the Joy-Cons; as such, past their first novelty attempts, players are unlikely to persist with using them.

In “Timed Scoop!”, the timer regularly feels too long, with the repetitive motions of catching fish – regardless of control scheme – often becoming painful due to strain. Although the gameplay in this mode is the most varied, due to the different power-up abilities you can obtain and the “invasive species” mechanic, the pressure of the timer ensures that the game’s biggest technical fault – its abysmal hit detection – becomes even more frustrating. The lack of accurate hit detection ensures that even skilled players are left exasperated, and completely eliminates any potential the game has to be the fun, quirky party game it is advertised as.

Only the victory criteria for the four multiplayer modes sets them apart. In “Timed Scoop!”, it is to earn the highest score in a limited time; in “Scoop All!”, it is to catch the most fish; in “Get the Score!”, it is to reach the designated score first; and in “Limited Scoops!”, it is to get the highest score from the fewest scoops. There is no individuality of gameplay; there is no challenge to it – the only challenge is getting the game to recognise you have scooped any fish at all, and to not shut your Nintendo Switch off in frustration.

The single-player offerings in Catch ‘Em! Goldfish Scooping are equally poor, with the challenges offered being mostly variants of the same task. The limitations of the gameplay mean that there is very little fun to be had when playing alone, especially when you consider that most of the challenges can be completed on a first attempt without much trouble. The appeal of this game definitely lies in its multiplayer, though as described above, this leaves much to be desired.

Overall, Catch ‘Em! Goldfish Scooping is a disappointing eShop release. Although bearing a colourful appearance and quirky, upbeat music, the inconsistency of the hit detection and the dull, repetitive nature of the gameplay makes this game one to avoid. There are plenty of other fish in the sea in the party game department, after all.

Catch ‘Em! Goldfish Scooping can be a laugh if played with friends, but is a bitter disappointment overall. The poor-quality single-player content, inconsistent hit detection and dull, repetitive gameplay makes the game a poor catch – and there are plenty of better party game fish in the eShop sea.