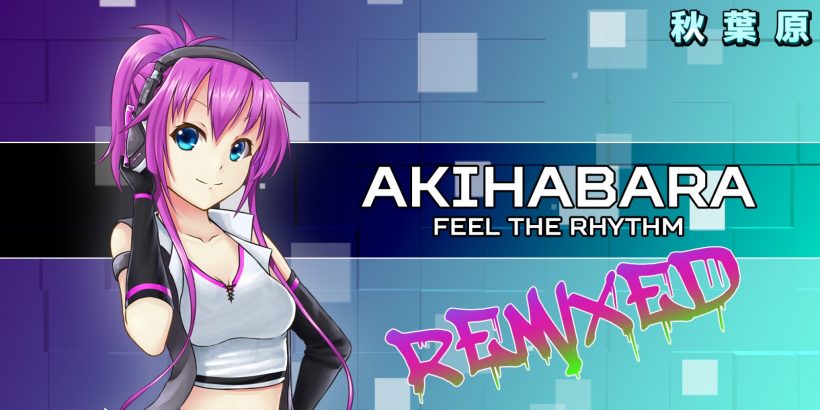 Tetris Effect this game is not.

The first-ever Tetris game came out in 1984, and with it came a period of players finding joy in moving blocks together and making them disappear if they aligned them the right way. Since then, Tetris has evolved in a multiple of ways – more music, different patterns and a variety of levels that will have you wishing you’d paid more attention the last five rows.

Akihabara is a hybrid of both Tetris and rhythm games. Instead of simply lining up the rows and getting a high score, Akihabara asks you to do that in sync with the music’s rhythm in the background.

It’s simple enough, and that’s what makes it Akihabara‘s biggest problem. There’s nothing wrong with a game being easy – I prefer them that way sometimes – but Akihabara just doesn’t even try to challenge you. The rhythm mechanic isn’t even tricky.

The music in Akihabara rarely differentiates. Yes, there are contrasting tracks and there are changes in the background, but everything works the same. Despite having three campaigns, the game’s music has so little change in the beat that it becomes far too predictable to know when to press the button and get a perfect combo/rhythm score. With three campaigns, you would expect much more variation.

If you want to get technical, the three campaigns do have some differences, first in terms of length. The campaign lasts up to 30 minutes, whereas the more chilled, relaxed campaign can last up to 10-15 minutes depending on what difficulty you’re on.

Which leads me to say that, in spite of how much I didn’t want to finish the game, I can see the appeal in what Akihabara gives to players who love their Tetris, regardless of music or presentation. And even for those who aren’t a die-hard fan, there is something calming about playing a game that doesn’t ask you to blow up people’s heads or go around collecting stuff for two hours.

Sometimes, you just want to relax – even if that relaxation can actually end up boring you to tears. Different strokes for different folks, and all.

But this is where my praise of Akihabara stops for good. I’ve played plenty of games that I consider to be boring, but at least they had some sense of personality to them. This game doesn’t even have that and that sucks because there’s nothing technically wrong with it. It’s a Tetris game meshed with a rhythm one, only it isn’t any fun at all and frankly, you deserve better than playing this game.

If you’re planning to play a Tetris game then don’t bother playing this one unless you’re a fanatic and you’ve got to play every Tetris available. If that’s the case, play Akihabara – but don’t say I didn’t warn you.

Akihabara completely lacks any personality, and only should be bought if you’re a fan of everything Japanese or Tetris.