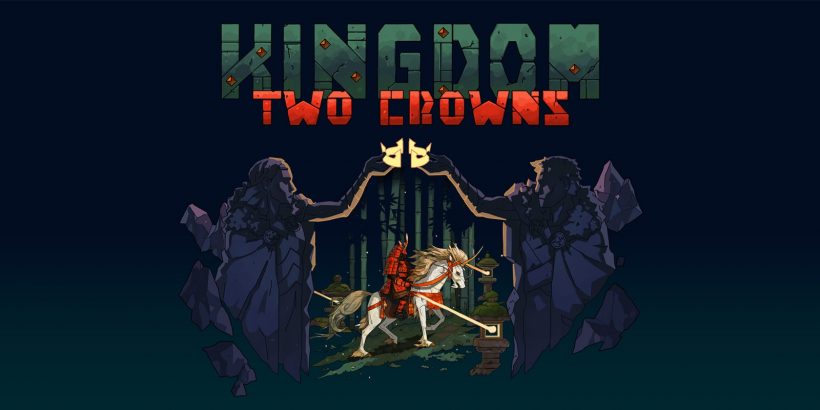 The Switch has been seeing such an enormous stream of indie releases that it is becoming harder to give some titles the spotlight they truly deserve. That’s why certain incredibly unique experiences – such as last year’s Kingdom: New Lands – are becoming a kind of hidden gem within the platform. For those who wasn’t aware about the previous Noio’s title, Kingdom: Two Crowns gives you the change to experience the series on its best version. This sequel, however, holds fewer surprises for those who have visited the Kingdom before.

Pretty much everything that was said about New Lands can be applied to Two Crowns. In this minimalistic town-management game, you control a monarch who has just arrived on a new uncharted land. You then must do as the ghost of a former ruler says: “Build, expand, defend…”. To achieve this, you’re equipped with a little bag that can store a bunch of coins. With the gold, you can recruit new citizens, create equipment for them, construct new buildings and expand your town in all sorts of ways.

Due to the fact that you have no direct control over the actions of your people, the Kingdom series is all about experimentation and discovery. How to get more money? How to fight back against the monsters that attack your town at night? What do these strange buildings scattered through the land do? With no text input or direct information about how stuff work, it is up to you to uncover all the secrets that Kingdom holds.

This sense of secrets lying within is much corroborated by the game’s top-notch presentation. Two Crowns’  has a very detailed pixel art style, that is accompanied by a sound design composed of immersive ambient sounds and an arrange of songs that sets up the many different moods of the game. Unfortunately, thought, this whole combination isn’t as impressive the second time.

Considering its many elements, Two Crowns is very similar to New Lands – to the point that, at times, it feels more like an expansion than a proper sequel. Nevertheless, even though my first hour with the game felt very familiar, Two Crowns has some welcoming additions, which turn this sequel into the definitive edition of the series.

A re-balanced progression system; new buildings, units, and mounts; a new special currency; the addition of a whole new scenario, based on the Feudal Japan; and the inclusion of cough co-op. Every time I encountered or tried out one of these new elements, I was engulfed once again by the feeling of wonder and discovery that was present when I first played a game from the Kingdom series. Due to this, I see Kingdom: Two Crowns as a good game for those who want more of New Lands, but a superb one for the newcomers.

Despite the many similarities to its predecessor, Kingdom: Two Crowns is a minimalistic town-management game that still holds many wonders. With the addition of couch co-op and many improvements, this can be seen as the definitive edition of the series.