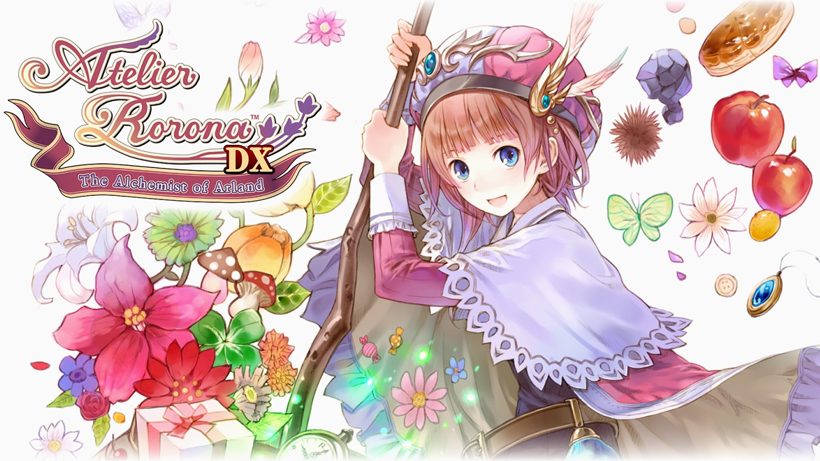 Originally released back in 2009 for the PlayStation 3, Atelier Rorona DX is the first entry in the The Alchemist of Arland trilogy. Now available on the Nintendo Switch this new version comes packed with plenty of content to enjoy, including the base game along with much of the DLC that was released until now as well. Taking control of Rorolina Frixell, or Rorona, as her friends call her, players will embark on a grand journey to master the art of alchemy, make friends and stop their workshop from being brought down. So, the usual RPG flavours.

The story sees players follow Rorona over a three-year period in which she is tasked with proving herself and the power of alchemy to her country. This is done by having her complete assignments on a three month basis, alongside undertaking plenty of quests from the townsfolk. This might sound easy but one of the main gameplay elements of Atelier Rorona DX is the ever-present countdown which acts as a sort of doomsday clock.

Every action, from talking to key characters to progress the story, exploring the world to gather materials or even performing alchemy has an allotted time requirement. Players need to continuously deal with the stress of managing their time effectively to ensure they complete everything as best they can and on time. Of course, failure to fulfil an assignment will result in failure and see you needing to try again. Should you fail a side quest then your reputation will lower too, so it can all get rather stressful quickly.

Outside of this time management players can engage in the typical RPG turn-based battle system out in the field and level up their characters to make hunting for materials all that easier. This system works as intended and though there isn’t anything overly complex to it there is plenty of enjoyment to be found when in battles. Just make sure to watch your health, because only Rorona can use items. This is an issue now and again.

All of this takes place in a charming and colourful world that looks great on the Switch even now nearly ten years after its original release. Performance is fairly solid across the board with only a real noticeable drop in frame-rate during select parts of the town. These never ruin the experience and thankfully the short load times ensure you can progress through the title at a steady pace.

Thanks to featuring multiple endings and plenty of side content to enjoy, Atelier Rorona DX ends up being a fairly enjoyable and large experience. The time management and pressure of not meeting the requires might be off putting to some but if you can overcome this you’ll find a robust title that is definitely worth checking out.

Atelier Rorona: The Alchemist of Arland DX is a charming and enjoyable RPG title but the continuous pressure of time management will be off putting for many.