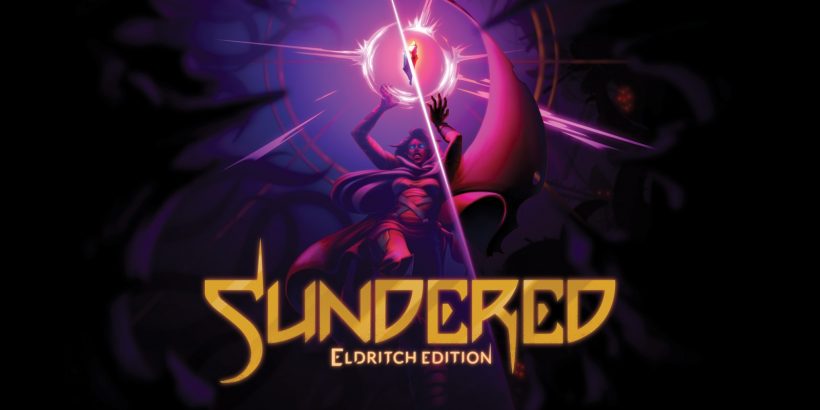 Has Sundered been Blundered?

Metroidvanias are currently in the midst of a bit of a Renaissance. New titles are popping up left, right and centre, with games such as Hollow Knight and Guacamelee! 2 being just two examples of just how darn good the genre can be. On the flip side, games that fall a bit short of expectations stick out like a sore thumb, and ultimately fall by the wayside. Sundered: Eldritch Edition does a decent job of incorporating all the classic metroidvania gameplay elements you’d expect, but does little to stand out in such a competitive crowd.

Sundered sees you take control of Eshe, a mysterious hooded figure with a talent for wielding powerful swords. You’ll need to manoeuvre Eshe throughout the environment, finding hidden treasure, unlocking doors and unleashing death upon the many, many foes scattered around. Death with come thick and fast in Sundered, but with each defeat you’re given the opportunity to level up your character through a vast skill tree. Eventually, you’ll come to learn new techniques and soon enough become powerful enough to deal with most enemies.

The first thing that will really stand out to players is the unique, hand-drawn style of graphics. It’s really effective and looks great in both handheld and docked modes, with the developer making fantastic use of lighting and colour throughout. The actual environmental design, however, is a bit hit and miss, leaning heavily on procedurally generated layouts. This means, of course, that you’ll be coming across different rooms after each death, but there’s little to differentiate them from each other, leading quickly to repetition.

Another big aspect of Sundered’s gameplay is what can only be described as a bit of a horde mode. As frequent intervals during the game (most prominently during key points of the story, such as when you discover a new area or unlock a certain door), you’ll be trapped within just a few set rooms and forced to defeats waves upon waves of enemies. This is fine for a while, but they last a bit too long for my liking. The Guacamelee! series has this aspect nailed to a tee, with encounters lasting around 20 or 30 seconds max – Sundered’s encounters, on the other hand, last upwards of 2 or 3 minutes. Whilst this might not seem long, it’ll feel like a lifetime when you’re actually playing it.

That said, the overall experience is one I can wholeheartedly recommend. The controls are tight, the visuals are often beautiful, and the boss battles you’ll take part in are genuinely thrilling. It’s a shame that certain aspects bring down the experience, as this could have been something truly special. As it is, it’s a decent metroidvania title, but one that perhaps only the most ardent fans of the genre will fully appreciate.

Sundered is a solid metroidvania with gorgeous visuals and a strong progression system. Unfortunately, the roguelike design and ongoing waves of enemies let it down somewhat.