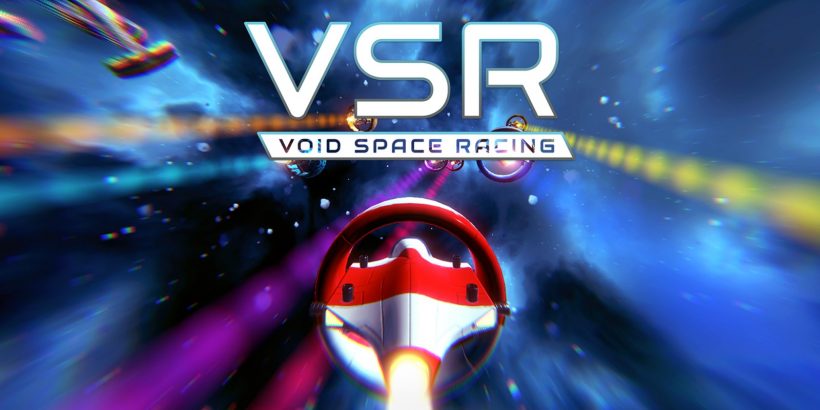 Space-based racing games have been popular for a long time. We were pod racing in Star Wars games in the N64 era, after all. But the physics of space have never quite been at the forefront of the racing experience quite as they are in VSR: Void Space Racing.

The main issue to contend with is that in space, nobody can… stop your trajectory once you get going. You see, VSR isn’t your typical accelerate and break fare; rather, you hit the accelerator hard from the off, and then your objective is to turn your circular ship around while heading in that direction in order to line up your directional sights with the next checkpoint before hitting the A button to jet yourself into that new direction. There’s no traction to automatically slow you down.

Sadly, where VSR looks to set itself apart from the racing pack is where the experience falls down. Even on the game’s easiest setting, it’s far too difficult to switch your directions, to judge the turns and remain on course. Where most racers strive to be quick to pick up and get right into the swing of things, VSR requires a high amount of practice to achieve any decent level of proficiency, and that’s not what you want when you’re introducing a game to some mates after inviting them round. There’s only so much of watching yourself fall light years behind within the first few turns of the race, at which point there’s almost no chance of catching up.

The racing is done through passing through a sequential order of checkpoint rings littered around the course, and you can estimate your trajectory with an HUD marker which centres on the screen as you travel in a straight line forwards. The problem is, you can’t rest on your laurels and assume that you will go through the hoop as predicted; countless times did I sail over or under a ring I was sure I was going through and then get a race or time limit penalty as a result.

After a few playthroughs with the same results, déjà vu started to set in – we’ve seen a ‘fly through the rings’ game before, and we all know how that turned out. Be sure, VSR is nowhere near the abomination that Superman 64 was – visually it is lovely, and the techno-spacey backing track at least manages not to be annoying for a good length of time – but with such an avalanche of indie titles on Switch competing for attention, the controls here are likely to be far too much to keep the majority engaged. There’s too much frustration – enough that make you wish you could be sucked into the void.

VSR: Void Space Racing is difficult to control, and takes a lot of effort to get to grips with. If you’ve got the time, then great – but attention spans are short these days with so much games appearing on the Switch’s eShop.