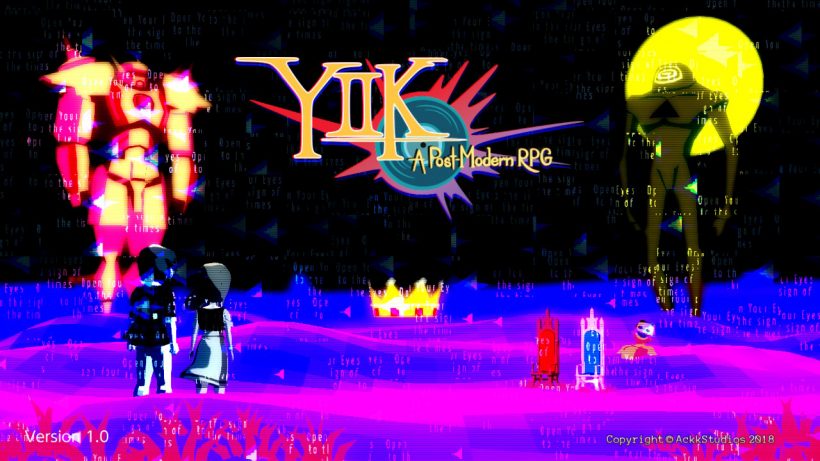 Even to this day, Earthbound stands out as being one of the most unique JRPGs ever made thanks to its contemporary but surreal setting. Not surprisingly, then, to see indie games taking inspiration from the classic title. If you’ve played games like Citizens of Earth and Undertale, but are still up for more titles with a similar feeling, then YIIK: A Postmodern RPG may be your next surreal adventure. 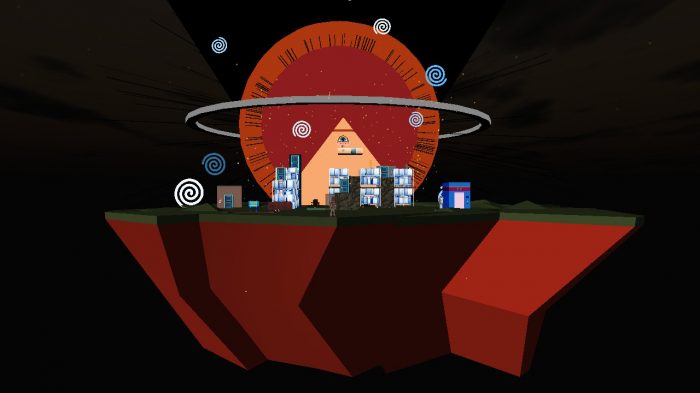 YIIK presents a vibrant and surreal world to be explored.

Just like a Persona game (another influence here), you’ll start the main campaign controlling the protagonist, Alex, on what seems to be another day of his mundane life. After college, Alex is finally back to his home-town, but his life is soon turned around after he witnesses the vanishing of a mysterious girl on a even more mysterious elevator. From there, many uncanny events will take him into gathering a group of friends to dive deep into the many mysteries of an unseen reality.

Probably one of the aspects where YIIK shines the most, this whole plot is equally weird and amazing, all thanks to the charismatic and relatable characters included in your party. Their adventures includes things from nonsense fights against golden alpacas to incursions into the dungeons of their minds. It won’t make sense all of the time, but part of the fun lies in not expecting what comes next. 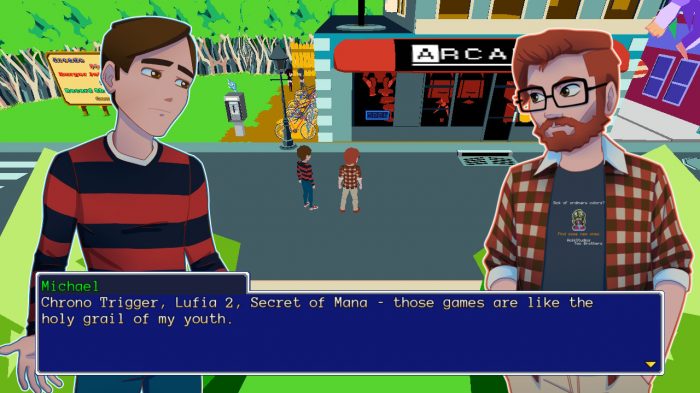 Dialogue is accompanied by the character’s portrait, and the most important is voiced.

The expansive world you’ll explore is presented with a very distinct 3D low-poly style, that may look line an up-res version of a lost PS1 game. Dialogues, however, are accompanied by beautiful portraits of characters, in a very Persona-like style. This combination of distinct art styles results in a game with a unique aesthetic, which is elevated thanks to the voiced dialogues and superb soundtrack.

Unfortunately, I have less compliments to say about YIIK’s combat. Just like Earthbound and Persona, YIIK uses a turn-based combat system, but here, you’ll have to play a different mini-game to perform every single action (be it an attack, a skill, or even when trying to flee from combat). Depending on your performance, you may be able deal more damage or even select multiple targets. It’s an inventive system, for sure, but it not only became repetitive too soon, but it also made battles longer than necessary. In YIIK’s combat, every action you perform is associated to a quick mini-game.

Due to this, every single time I entered a new dungeon segment, full of encounters with enemies, it felt that I was dragged away from the narrative – dragged away from the best YIIK had to offer. It didn’t helped the fact that YIIK has some minor technical nuisances too, like a frequent short loading between each different scenario and battle, and two crashes which resulted in lost of progress. Despite these drawbacks, during the 30 hours I explored YIIK, I encountered many surprises and wonders. An unconventional adventure to be enjoyed.

In YIIK: A Postmodern RPG, you’ll be thrown into an uncanny world full of mysteries and relatable characters. Its inventive turn-based combat may become a bit repetitive with time, but it still delivers an experience like no other.