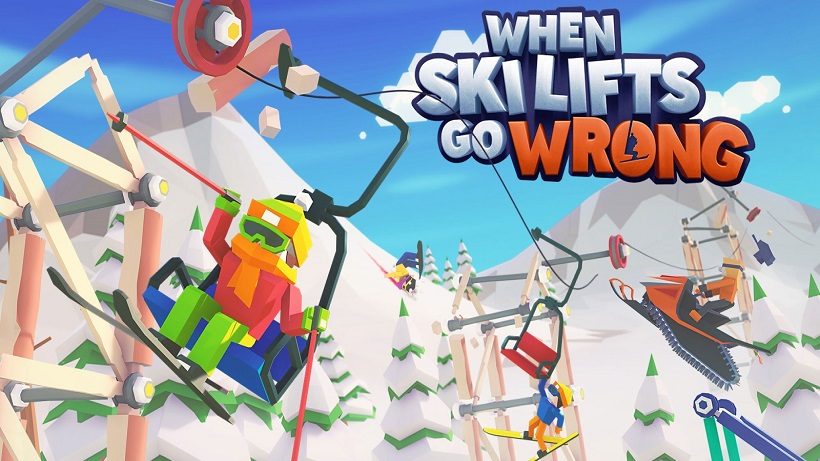 At school, did you ever create a bridge out of paper that had to support an increasing amount of weight in your science class? If so, When Ski Lifts Go Wrong might feel quite familiar. Sorry, did you think you would just be making ski lifts? Turns out, to my surprise, that skiing (and snowboarding) aren’t the only means of transport that you have to, um, transport.

That’s not to say there aren’t a fair few ski lifts to be constructed, but it’s a welcomed revelation that the entire game doesn’t revolve around one type of construction. In addition to the standard chair lift is the drag lift and gondola, both of which bring with them new challenges. Ultimately the main consideration is the is the strength and stability of your constructions. If they fall apart whilst transporting people, then unsurprisingly you’re going to have to try again. Thankfully, retrying happens instantaneously, and you easily undo and redo actions, as well as select individual elements to remove from your construction and then add new ones.

Aside from constructing ski lifts, as you also construct jumps and bridges to help get people to their destination. These instances also provide the player with some control over the riders, indicating when they should crouch and/or jump. To begin with, you’ll be controlling skiers and snowboarders, but soon you’ll be taking control of snowmobiles, which add more challenge. These levels require quite a different approach to the lift counterparts: sometimes this will be in the form of creating a structurally sound bridge, and other times you’ll be creating a jump that provides just enough air to get to the other side. With the latter though, you could just make an even longer bridge, but there are other aspects to consider.

The main objective of each level is to transport a certain number of people to the other side. How you do so is up to you, but is of course determined by the geography of the level and at times the number of resources available to construct with. Each piece you use costs money, which is seemingly unlimited, but one of the optional challenges is to construct within a specific budget. This significantly adds to the challenge whilst also serving as a loose guide as to how much you probably need to spend in order to create an appropriate lift, jump or bridge.

By providing optional objectives that don’t detract from the core challenge, you can tailor your experience, enabling you to create in a way that suits your skills. Ultimately, however, whether you become a master builder is down more to your own ambition rather than the explicit demands of the game.

There is plenty of rewarding construction on offer in Where Ski Lifts Go Wrong. The game is sure to test your mental agility, and there’s a good challenge in balancing that with consideration of the agility of the characters you have to transport.