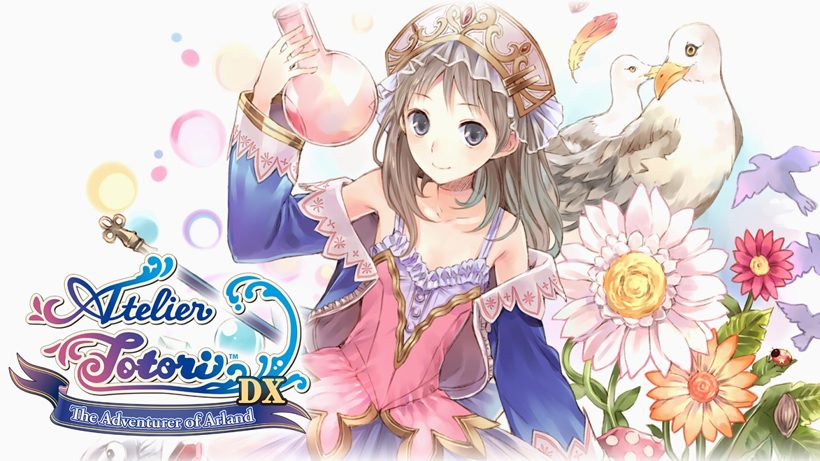 The second chapter in The Alchemist of Arland trilogy, Atelier Totori DX originally released back in 2010 but is now available on the Nintendo Switch. Taking place five years after the events of Atelier Rorona DX, players will follow the adventures of Totori as she sets out to find her long-lost mother. Along the way she will learn to become a master alchemist, battle plenty of creatures, and explore more of the world. That’s a strong starting point, but sadly, this middle entry in the trilogy is the weakest of them all.

By now players know what to expect when it comes to the gameplay of these titles. You spend much of your time in turn-based battles and the alchemy workshop, while the rest is just stressing over the remaining time. Much like is the case in the third game in the set, Atelier Meruru DX, almost every action uses up this precious resource, but here it’s more harsh. It isn’t made any better when you use up half a day in order to obtain just the one item. Battles are still a lot of fun, featuring some nice animations and flare but it isn’t enough to hold up everything else.

In the story department there is plenty to enjoy both for fans of the trilogy and newcomers alike. Seeing how existing characters and the world have developed is enjoyable, but it is often let down by this game’s new additions. For example, one of the first NPCs you meet is a creep who spies on your sister; the moments that follow are an example of the overall enjoyment of the narrative being highly hit or miss throughout. It’s a shame.

Regardless of how invested you may become in the story, it’s hard to overlook the problems within the Switch release of Atelier Totori DX. The performance is disappointing, with the worst frame drops and loading times out of the trilogy. Presentation suffers as well, with blurred models and backgrounds accompanied by a soundtrack that is less than inspiring.

Compared to the other entries in the Arland trilogy, Atelier Totori DX is the weakest of them all. That’s a shame, because Totori herself is an interesting character who is likeable and rather colourful. Sadly, the poor performance, underwhelming presentation and the hit and miss narrative leave this experience being extremely disappointing.

Where Atelier Rorona DX set everything up nicely and Atelier Meruru DX just about managed to wrap things up, Atelier Totori DX is more of a punishing then an enjoyable experience. It is hard to recommend this one unless you really are a long-time fan or heavily invested in the characters.

Atelier Totori: The Adventurer of Arland DX is the weakest in the trilogy, let down by its poor performance, underwhelming presentation and mixed bag of a narrative.