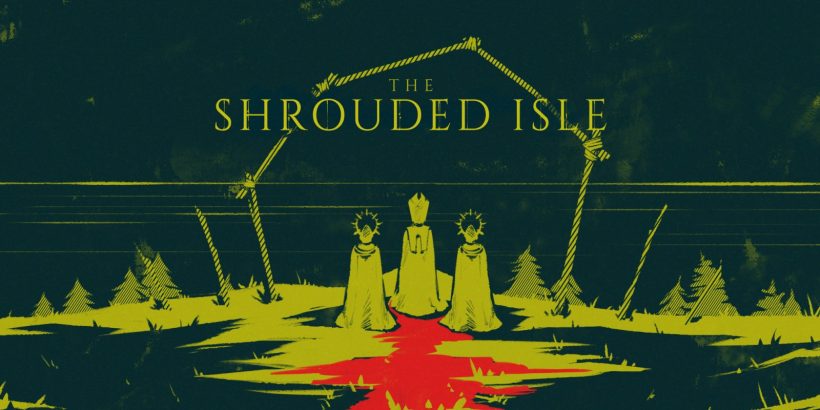 There’s a certain kind of sadness that is thick and heavy in the atmosphere of The Shrouded Isle. You, the High Priest/Priestess have been tasked with thinning the ranks of the cult of the Isle every three months. Why? In order to appease the wicked, manipulative god, Chernobog and to be accepted into its ranks after the end of five years.

However, running a cult is hard work, which is why every term you appoint five members from each house to join your counsel. Their roles are set in stone, as each member will be tasked with influencing the rest of the Isle’s Ignorance, Discipline, Fervour, Penitence, and Obedience.  Only, be careful who you pick, as their virtue may not be enough to overcome their vice and leave you stuck in a sticky situation.

Virtues and vices are like beginnings and ends in this game – you can’t have one without the other. While one member may be very obedient, they could also know too much. The cost of that is your cult listens to you more, but becomes more curious about the world outside of the Isle. If the cult continues to develop in ways not to your liking, they may rise up and rip you apart.

But it isn’t just the Isle you have to keep under your thumb. You also need to keep the members of the leading houses happy too. That isn’t as easy as you may think, especially as you’re sacrificing one of them each month. This mechanic of the game is particularly brutal, especially as it includes the Sunken City DLC, which introduces plagues. You’ll have to think not just for the ‘now’, but the future, but it keeps you on your toes and if you enjoy a challenge, then I believe you’ll like The Shrouded Isle a lot.

The only real downside of The Shrouded Isle is that not enough changes to keep you interested. Yes, the characters’ names and narrative can change, but other than that, after playing a few times, you can speed through it without really looking at anything but your cult’s main needs, as well as vice and virtues.

But that doesn’t stop The Shrouded Isle from being good at what it does – keeping you on your toes, second-guessing your every move – but it does this even after you’ve finished playing. Its aesthetic – a gothic, yet colorful atmosphere – stays with you. It may be just a simulation, but it’s one that forces you into the position of choosing who lives and who dies. Video game or not, that’s a terrifying position to be in, and The Shrouded Isle captures that feeling perfectly through tense dream sequences, and warnings of rebellion splattered throughout its narrative. If you want to let your inner demons run wild, then do so with The Shrouded Isle.

The Shrouded Isle is a cult-simulator game that deserves your attention due to its interesting virtue and vice system, and its fascinating story. However, be wary that if you’re not into death and gloom, this may not be the game for you.