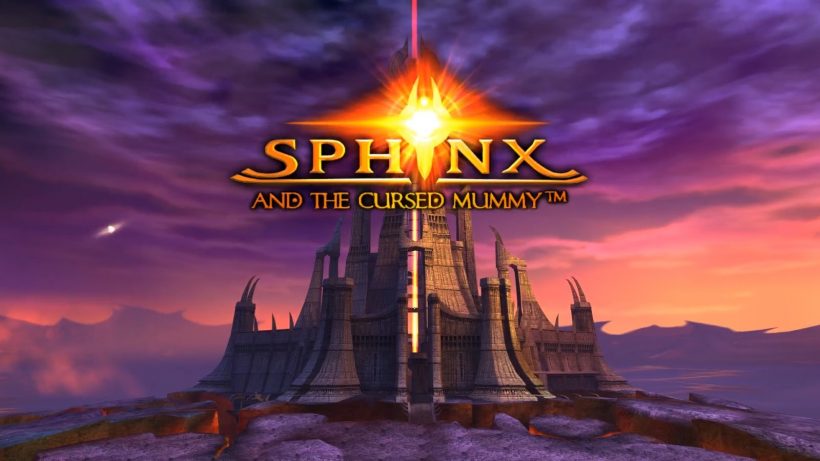 For reasons both good and bad, there’s something unabashedly old-school about Sphinx and the Cursed Mummy. Originally released for the GameCube, PS2 and Xbox back in 2003, it’s an action-adventure game that somewhat fell through the cracks, forgotten in favour of cherish classics like Sly Cooper, Jak and Daxter and Ratchet & Clank. This remastered Switch version holds up remarkably well in 2019, providing new players with a healthy mix of puzzle-solving, action platforming, and exploration amidst a uniquely Egyptian backdrop.

The first thing you’ll notice about Sphinx and the Cursed Mummy is just how much clearer it looks on the Switch’s bright screen. There’s no doubt that this has usurped the PC as being the best version of the game, arriving complete with cleaned up textures, a better resolution and a generally much brighter feel that makes the PS2 original feel like its own ancient relic by comparison. Some locations and objects suffer from a noticeable flatness games of this era could be guilty of, but this is forgivable given how much fun the simple act of playing it can be.

For those unaware, Sphinx and the Cursed Mummy casts you as both of the eponymous characters. Sphinx is a demigod warrior with a passion for cutting down enemies, while the “cursed mummy” in question is none other than the young (and very stealthy) prince Imhotep. Through regularly switching between both, the game strikes a healthy balance between combat and puzzle-solving, with one character taking over from the other often at precisely the right time – sections never outstay their welcome. Both aspects, however, can sometimes feel a little rudimentary and serve to show the game’s age. Should this have been a more in-depth port, for instance, a lock-on system for Sphinx’s sword swings wouldn’t have gone amiss.

Despite having played it in its original incarnation, it was nice to be suddenly reminded of how open-ended most of the locations you visit actually are. Sphinx and the Cursed Mummy isn’t a totally linear affair, with exploration being key to advancing the admittedly ‘meh’ story the adventure ends up being. One sequence early in the game, for example, requires you to gather eight relics littered around a palace in order to progress. Doing so involves sneaking along barriers, leaping to great heights, and transporting yourself between different sarcophagi placed in each room.

Another slight drawback that doesn’t seemed to have been addressed in this release is the game’s camera, which can often be guilty of not keeping up with your movements or sometimes just outright crashes into pieces of the environment. It only really becomes an issue during Sphinx and the Cursed Mummy’s bouts of light platforming. Thankfully, they don’t crop up too often, and it’s the kind of problem I’ve come to expect from early 00’s action-platformers.

It’s not a coincidence that a charming action-adventure such as Sphinx and the Cursed Mummy has resurfaced during a time when nostalgia-fuelled remakes are currently all the rage. In many ways, due to the lack of revisions made by publisher THQ Nordic, it could be considered a truer exemplar of the age so many seem keen to reflect back on. Sphinx and the Cursed Mummy may not astonish simply due to this fact, but it does delight in its purity and is nice to have in handheld.

Sphinx and the Cursed Mummy

Sphinx and the Cursed Mummy is a nice throwback to the golden age of 3D action-platformers. Just don’t expect all of that genres ticks to have been fully ironed out.