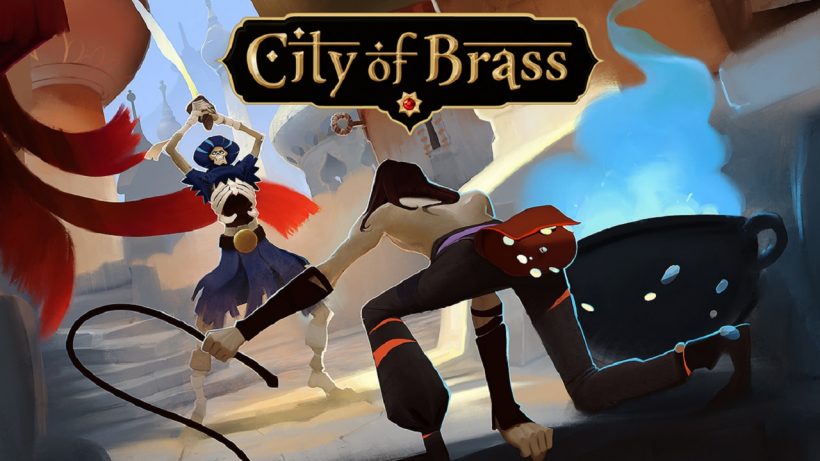 City of Brass is a roguelike action-adventure game, brought to Nintendo Switch by a team of ex-BioShock developers. Your goal is to explore the cursed city, while collecting as many of the various treasures scattered throughout as you can.

There are 15 levels in total, each with their own unique goals; for instance, some merely require that you travel from point A to point B, while others necessitate that you kill all of the enemies in the area to progress. This variety is a nice change to the roguelike formula, and allows for unique experiences to be had – such as being dropped into an arena where waves of enemies attack.

The gameplay of City of Brass feels similar to that of a first-person RPG such as Skyrim, with your character dual-wielding a whip in their left hand, and a scimitar in their right. The corresponding controls for these weapons are the ZL and ZR triggers respectively, which are easy to remember and use.

While the scimitar is a simple offensive weapon, the whip is inventive in that it is multi-purpose; in addition to physical attacks, it allows you to swing from dangling hooks to escape encounters, and can also be used to stun enemies by striking them from a distance.

Many traps – such as arrows shooting out of walls, and spikes rising up from the floor – are littered throughout the game, requiring significant skill to recognise and evade, and testing both your patience and your nerve. The ability to jump is instrumental in navigating and avoiding these traps, and if at any point you cannot quite master the controls, the game’s tutorial offers you ample opportunity to practice and adapt.

Whether playing docked or handheld, City of Brass runs smoothly, without any noticeable FPS drops. Each level of the game is accompanied by a different Arabian-themed soundtrack, giving players an authentic sense of the game’s locale. Visually, the game offers a beautiful and mysterious world of treasures, challenges, and variety of level design; as someone who consistently finds roguelike games to be a tad too difficult, I was pleasantly surprised to find that the difficulty of City of Brass took nothing away from this.

However, the game is somewhat of a disappointment in terms of enjoyment, due to how difficult it is. When playing, my typical run of the game lasted anywhere between five minutes and twenty, depending on how successful I was.

If the game had varied options for resuming play without such steep consequences, or if it offered a dedicated practice mode for you to better yourself before taking on the harder levels, then perhaps it would be easier to recommend. As it stands, I feel like the lack of options in City of Brass make the game feel too monotonous and repetitive after a while, and does not inspire extended play sessions.

City of Brass is a very ambitious game that could’ve been something truly amazing, but its lack of gameplay options ultimately make it feel frustrating and uninspiring to play. As such, it is a difficult title to recommend.