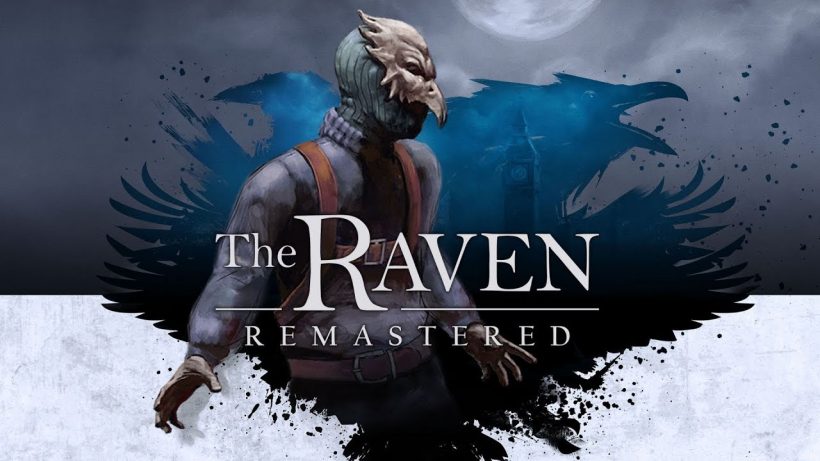 A few years after its original release on PC and PS3, THQ Nordic and developer KING art have brought back The Raven: Legacy of a Master Thief, combining all three originally episodic releases into one physical package. Full of murder and intrigue, across some classic crime locations, it’s a jolly good romp. The game, that is, not so much the murder.

The Raven: Remastered puts you in control of Anton Jacob Zellner, a wannabe Poirot and Swiss constable with a point to prove. That point being he really, REALLY wants to go on a cruise. Using your inquisitive nature aboard the Orient Express (what could go wrong?), you must figure out each passenger’s motives in an attempt to foil the plans of legendary thief ‘The Raven’. As well as logging  notes in your journal as you go, interactive segments, such as picking a lock, testing evidence, and even playing a game of shuffleboard add to the explorative point-and-click-esque formula.

A ‘classic-feel’ adventure game that spans a variety of crime tropes and exciting settings, The Raven captures the charming, paranoid intrigue of the genre brilliantly. Cinematic cut-scenes are exciting, making you feel part of a real crime film, and the game’s simplicity gameplay-wise makes it accessible for a wide audience.

The Raven Remastered is a re-release, but reviewing footage it’s a little difficult to actually see any upgrades (other than some clear lighting improvements). Whilst the Switch version runs well, there are some issues that can be frustrating at times. Environments are beautiful, but slow, clunky movement and control makes them a chore to traverse through, almost reminiscent of the best-forgotten Resident Evil tank controls.

Additionally, the load times can be torture at times. Loading in between nearly ever screen-change in the game, they can at times take you out of the experience, segmenting it in a way that can break immersion for people with short attention spans such as myself. The story (mixed with the desire to solve the crime) is interesting enough to keep you engaged for the most part, but at times it almost verges on being overly lacking in interactivity, throwing you a lot of linear cut-scenes with dialogue you have next to no autonomy over.

A likeable protagonist, Zellner himself is full of passion and desperate to get involved in a life of crime. Resolving crime, that is. His thinking-out-loud and descriptions of ongoing events are fascinating, and a testament to the great writing from the development team. Many conversations between characters had me laughing out loud, and detailed notes on each character had me fixated on every one of them. Despite this, I still got my accusations completely wrong.

Whilst the excitement peters out by the end (I was ready for the story to come to a conclusion when it did), the payoff is WELL worth it, and I did not see the ending coming. I’d certainly had enough of walking up and down corridors, but it had me grinning in surprise. I’m no Hercule Poirot, but I certainly felt like a detective.

The Raven Remastered is a classic whodunit story, with a genuinely intriguing plot and some great voice acting, particularly from the lovable lead Zellner. The load times may be intrusive at times, and I don’t really know what’s remastered about it (Other than some lighting effects maybe?), but its accessible gameplay make it one to recommend to any friend or family member that may be into their crime fiction.