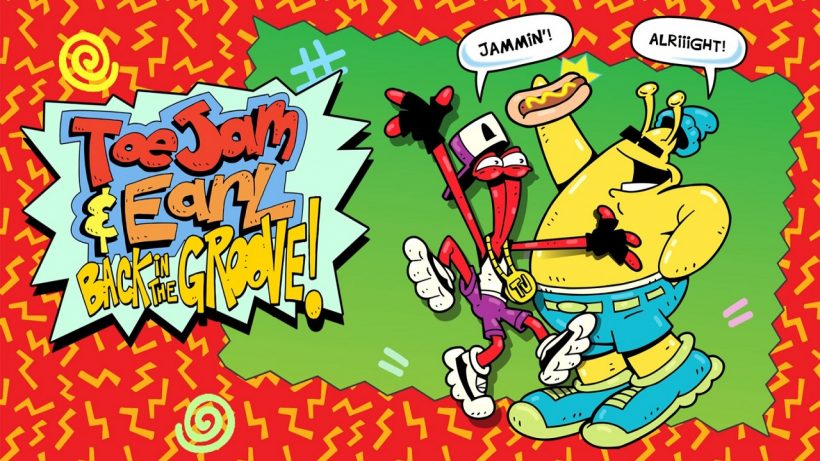 It seems like all of the iconic video game mascots of yesteryear are getting another chance in the spotlight these days. Thanks to a successful Kickstarter campaign from some loyal fans, ToeJam and Earl have returned with Back in the Groove, their first game since 2002, Virtual Console appearances notwithstanding.

Described as “the most complete ToeJam & Earl experience yet” by developer HumaNature Studios, ToeJam & Earl: Back in the Groove is very much like its cult classic Mega Drive predecessor in terms of gameplay. An isometric, ‘layer’-based action game that sees players ascending level-by-level, searching for pieces of spaceship to get ToeJam and Earl home, it’s an addicting, rogue-like-esque formula that features both standard and randomly generated modes.

Alongside the variety of quirky characters and running commentary from ToeJam and Earl, different ‘presents’ (items you can find along the way) can either help you along the way or throw a spanner in the works, and they give the title a level of hilarious unpredictability. Whilst one present gives you the power of flight, or teleportation to the next exit, another could force a blackout on the entire stage, or signal an enormous sign alerting every possible enemy in the area.

Back in the Groove’s aesthetic might be stuck in the 90’s, but the new instalment makes use of current-gen hardware to make it a bit more competent in the modern day. The online multiplayer component, for example, works surprisingly well. No matter the mode you’re playing on, or where you’re up to in your current run, you can open up the game to anyone and everyone, from friends on your list to complete strangers. During my first playthrough in single player, I had two different people join my game, and it worked seamlessly.

With the Switch playerbase it can be difficult to find a game at times, but if you can organise a session with friends it’s a blast. Alternatively, the classic split-screen option is of course fully working and raring to go with each Joy-Con. It’s worth considering that the number of players is likely to go up once the Limited Run Games physical edition arrives with collectors.

A foot-tapping arsenal of awesome new jazz beats are also here, and they slap, let me tell you. Whilst I’d be lying if I said it didn’t miss the definitive Mega Drive twang that the original iconic soundtrack had, they capture the vibe and then some.

With its vast amount of weird and wonderful characters and items, and gameplay modes that are different every time, ToeJam & Earl: Back in the Groove achieves a level of replayability that will surely keep those with admiration for the duo satiated whenever they want a taste of the series’ known and unique gameplay.

HumaNature have executed the retro revitalisation of ToeJam & Earl exactly in the way that backers will have wanted. Whilst it might not be a revolutionary game in 2019, the updated features and trimmings are more than enough to keep fans of the series happy.