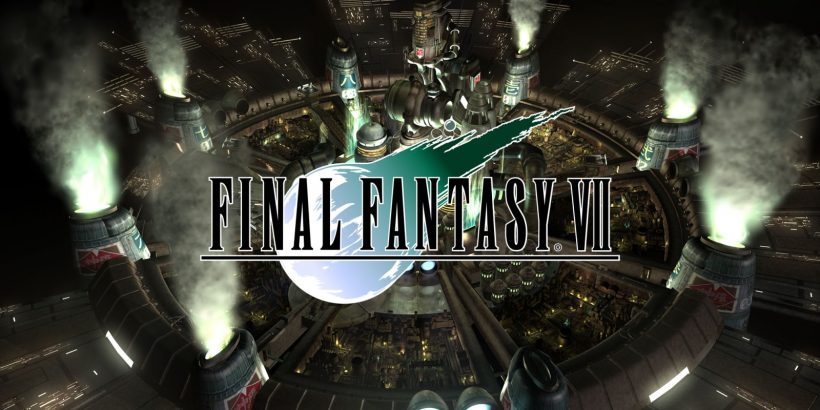 Final Fantasy VII is a game that needs no introduction. Since the advent of video games, only a handful of titles can be deemed culturally significant and worthy of preservation, but I’d argue that Final Fantasy VII is one of those games. Initially released back in 1997, it’s remained one of the most beloved entries in Square-Enix’s ongoing franchise, with fans clamouring for ports and remakes left, right and centre. But after more than twenty years, how does the game hold up on Nintendo Switch? Has it aged as gracefully as its pixellated forebears?

Well… No, not really.

Kicking off in the fictional city of Midgar, Final Fantasy VII has you spend a good 40+ hours with a group of well-rounded characters, including the cocky protagonist Cloud, carefree and compassionate Aerith, and more. These characters are the heart and soul of the game, and spending so much time with them is as much of a pleasure in 2019 as it was back in 1997. That said, some younger players may find issue with certain aspects of the story and dialogue. In particular, the cross-dressing scene should (in theory) make more sense now than it did in the 90s, but thanks to the frankly dreadful dialogue, it manages to feel completely out of whack with the rest of the story’s more serious tone. Don’t let this put you off though; the story is overall very effective with some genuinely heart wrenching moments (which I’ll not mention here).

The gameplay of Final Fantasy VII won’t be anything too surprising or taxing if you’re familiar with JRPGs. In fact, whilst it certainly didn’t invent many of its gameplay tropes, you can be sure it popularised a lot of them. So if you’re a fan of turn based battles and item inventory, you can thank Final Fantasy VII for making this type of gameplay so prevalent.

Again, certain aspects of Final Fantasy VII’s gameplay haven’t aged that well, but by and large, exploring the land and battling monsters feels pretty decent for the most part. Item management, whilst a mainstay in many JRPGs, is handled well here; you can equip your characters with new weapons and armour as standard, but you can also boost these items with Materia. This essentially allows you to customise your characters however you see fit, so if you want Tifa to primarily be your team’s healer, then simply go ahead and pop the Cure Materia onto a piece of equipment.

Alongside the basic gameplay, Square Enix have included a few quality of life enhancements to this port. For example, you can apply an instant boost to your characters during battle with a simply button press, giving them max HP and MP. Similarly, if you’re in a rush, you can speed up the gameplay, or even turn off random encounters entirely. Purists will no doubt want to avoid using these features altogether, but if you’re a newcomer, you may want to try these out if you find you’re struggling at all.

Unsurprisingly, Final Fantasy VII looks a bit of a mess in terms of its visuals. Characters look like blocky monstrosities, and this is merely exacerbated by the fact that this remaster smooths out character models, making them stand out even more against the pre-rendered backgrounds.

Still, most will already be aware of the game’s potential drawbacks. But Final Fantasy VII arguably deserves a place on your Switch simply for its cultural significance.

Final Fantasy VII is a game that everyone should experience. It’s a pioneering JRPG that remains to this day one of the most influential titles of all time. That said, if you’re entering Midgar for the first time, just keep in mind that time has not been kind this game.