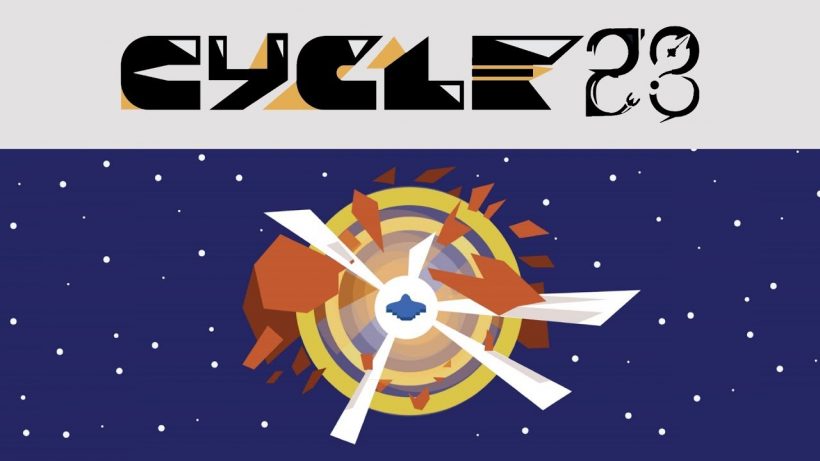 There’s something eternally addictive about arcade games with their high scores, cyclical gameplay, and the promise of leaderboard glory. In Cycle 28, you’re alone in the middle of space, with nothing but your sombre thoughts and a trusty gun to keep you company.

Before long, however, you find yourself under attack, with hordes of enemy ships emerging from the darkness to try and take you down. At first there’s only one or two, but the longer you survive, the more enemies you’ll have to contend with. These range from slow-moving tanks that send out hundreds of tiny drones, to massive, fast-moving spaceships that will chase you around the map. Over time, you become familiar with each enemy’s movement and attack patterns, which will help you to devise a strategy for how to take them out.

However, Cycle 28 is about more than just staying alive. If you want to take your rightful place at the top of the leaderboards, you’ll need to take out as many enemies as you can on the way. At first, this is incredibly difficult to do, as your gun is fairly bare-bones in its functionality. However, the game offers a series of upgrades which are unlocked after beating your personal bests. These enhancements include both offensive and defensive strategies. With the ability to equip two upgrades at any one time, there’s something for every playstyle, even if there are only ten upgrades in total to unlock.

Unfortunately, though, getting the hang of it does take a little while, as Cycle 28 neglects to include any sort of tutorial. If you’re not familiar with the mechanics and movement systems used in momentum-based shooters, you’re going to need to spend your first few runs simply working out how to get your ship moving properly. It’s a fairly abrupt introduction to the game that may discourage new players from sticking with it.

Cycle 28 has a fairly pared-back aesthetic, with a simple, two-tone colour scheme and stylised graphics. Despite this ostensible simplicity, however, the game has its beautiful moments. Ships leave coloured trails in the sky behind them, while stars, drones, and projectiles pepper the background. It’s almost a shame that this game gets so fast-paced toward the end of each run – after all, it’s not really in your best interests to slow down and take in the scenery when you’re madly fighting for survival.

From a technical standpoint, the game mostly runs well, with only a handful of minor issues of note to detract from the overall experience. For example, the game includes an objective marker to indicate the location of the closest enemy ship; this gets overwhelmed to the point of being useless when there are too many enemies in your vicinity. The game also suffers from frame-rate drops in response to having too many enemies on the map.

All in all, however, Cycle 28 presents a satisfying experience. Like all good arcade shooters, it’s deliciously moreish, and the relatively short length of each run makes it perfect to play on the go.

Despite the fairly limited upgrades and occasional flaws, there’s plenty of enjoyment to be found in Cycle 28. Its fast-paced, addictive gameplay will keep you coming back again, and again, and again… Needless to say, the name is apt.