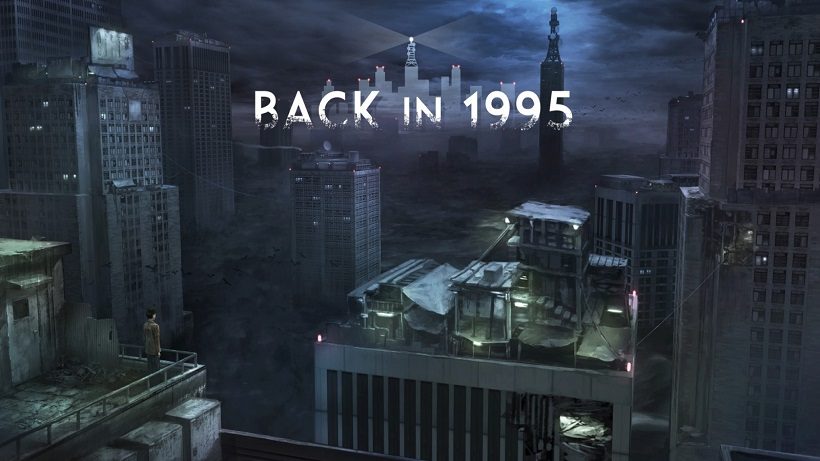 A common complaint about indie games is that there is a tendency to overindulge in nostalgic throwbacks. Previously, these have been pixel-based affairs, but as time moves forward, we are now seeing the return of PS1-era polygonal graphics and tank controls.

Back in 1995 sees you experience the world of 1995 through the lens of a video game from that same year. Yet, this isn’t some rose-tinted experience of the past, as all the flaws of survival-horror-esque game from that time are lovingly recreated for your masochistic enjoyment.

You wake up on top of a high-rise building, and your objective is to reach the tower that you can just about see in the distance. Along the way you’re given tasks by a couple of individuals you come across, who also act as gatekeepers preventing you from proceeding. The reasons for this become increasingly clear as you near the end.

The typical mundane tasks these individuals ask of you are often to collect items that they are simply unwilling to fetch themselves. In between you and the objects they seek are increasingly grotesque monsters that look even more terrifying because of their low-detail, yet exaggerated, designs. The initial monsters can mostly be avoided by quickly running past them, which is often for the best, as they can cause significant damage. Later monsters don’t pose too much of a challenge, but defeating them is necessary to physically move forward.

How you interpret Back in 1995 will likely depend on whether you grew up with this kind of game. Whilst the graphical style and tank controls have not aged well, if you have experienced them before, you might be more forgiving – even if they still frustrate you. If these elements are all new to you, then you might be screaming “why?!” as you fumble your way through, though it is also possible that this window into the past might be an interesting experience for you.

Many of the elements that comprise 1995 are deliberately bad when viewed in the context of a contemporary video game. That does not mean that the game is broken, though; aside from a couple of times where the game had to be reset, it functions coherently throughout, and the difficulty has been set so that once you get to grips with the tank controls – and your eyes adjusted to the stark aesthetics (pro-tip: turn off the CRT filter) – you won’t feel like you are battling game mechanics of the past instead of the game itself.

In addition to the (purposefully) dated visuals is the faux 4:3 aspect ratio of the screen, adorned by a fetching recreation of a 90s style television set. At first, this is also quite disorientated, but the levels and the controls have been designed with this in mind, incorporating it effectively.

It’s important to know though that this is a short experience, with a playthrough likely taking somewhere between an hour or two (although it’s feasible to do so in less). Despite this, the pace doesn’t feel rushed, as the “gimmick” of playing a game from 1995 is not enough to be stretched much further. It is because of this that 1995 feels more like an interactive art piece, one that reflects on the past rather than slavishly recreating it for the sake of it.

I won’t say much more, but this becomes more pronounced towards the end in a meaningful way.

Back in 1995 emulates elements of classic survival-horror from the 90s, but what it provides is as much a reflection on them as it is a recreation. A short but insightful look into the past.