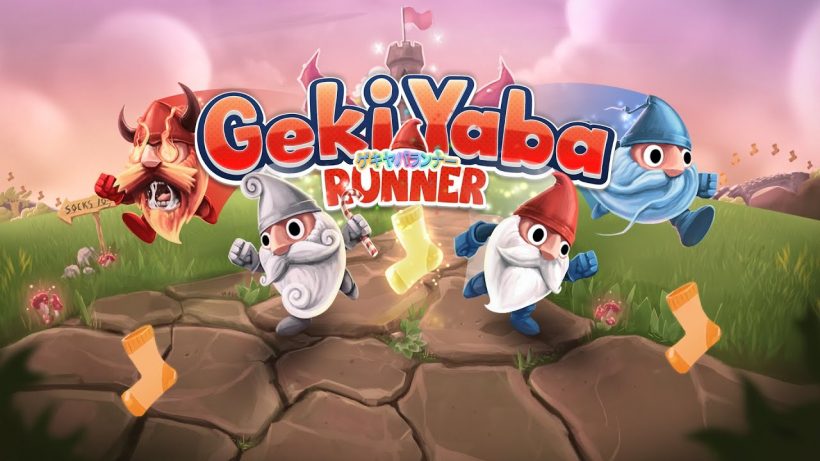 Running around with no pants on is the most freeing feeling in the world, and if you relate to being small, pantless and often wearing a red pointed hat, then you will feel right at home playing Geki Yaba Runner.

You play as a gnome who, for some reason or other, loves to run, save princesses and collect smelly socks. There is no valid reason why he wants to collect these socks while saving a princess, but as the player, you’re supposed to just accept the gnome and all his faults. The premise is not all that interesting, honestly, but considering that Geki Yaba Runner is not all that spectacular either, it makes sense.

That said, the game does try to break away from the typical, boring mould of 2D platformers, and for that, it should be commended. It incorporates many beautiful animations in its cutscenes, and it doesn’t just change up the environment to try and keep you interested but gives players new mechanics to match with its gameplay. For example, you can later use your pants to soar across huge drops and even use your anger to run through tornados without getting sucked up. It may look easy on paper, but you’ll have to figure out your timing in order to make it through.

The environment doesn’t get any friendlier in other levels, requiring the player to jump over spikes, avoid dropping to their death, and ensure that they don’t crash into a wall while trying to climb higher up a cliff. Don’t let the look of the game fool you – it’s anything but easy, and there are several times where you might need to take a break due to frustration. The difficulty is possibly the most engaging thing about the game, and if you are interested in getting to the end of the game, no matter how many times your butt gets handed to you, then the game is an obvious choice. 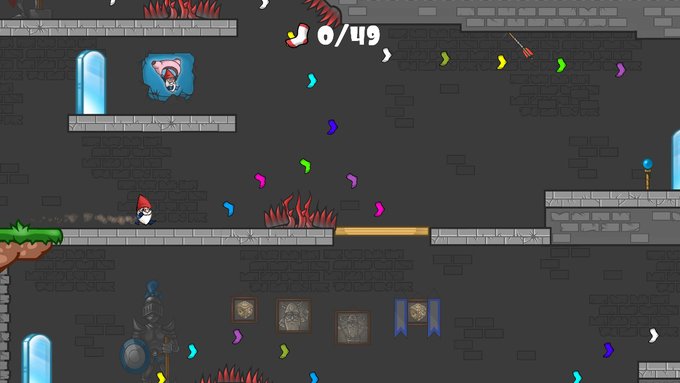 That being said, the fact remains that there’s simply not enough content to keep you hooked, even despite the game’s cheap entry price. Alongside the regular socks, there are golden socks you can collect, but you’re never given a reason as to why collecting them matters. At the start of the game, you’re told next to nothing, and are just set off on a quest.

Sure, the story doesn’t really matter in Geki Yaba Runner, but knowing the bare minimum would help to create a sense of accomplishment, and that is currently severely lacking in this game. Even the Google Chrome dinosaur game that you can play when your internet isn’t working offers more investment than Geki Yaba Runner does, which is a darn shame.

While certainly not the worst platformer on the Switch, the gameplay of Geki Yaba Runner feels like a slog and is not all that engaging. If you are looking for a satisfying game, downloading this game might not be your best bet. But, if you have played the other staples and just want to wind down after a long day of being a functioning human being, or if you are going to be stuck in a place with no Wi-Fi and need something to do, this wouldn’t be the worse place to turn to.

Just turn the volume down a little so your little gnome friend’s grunts don’t get you odd looks. (Hey, it could happen…!)

Geki Yaba Runner is a 2D platformer that stands out with its gameplay mechanics, often keeping you guessing, but which lacks substantial content. Its humorous art and story may keep you entertained, but ultimately there isn’t much else to enjoy.