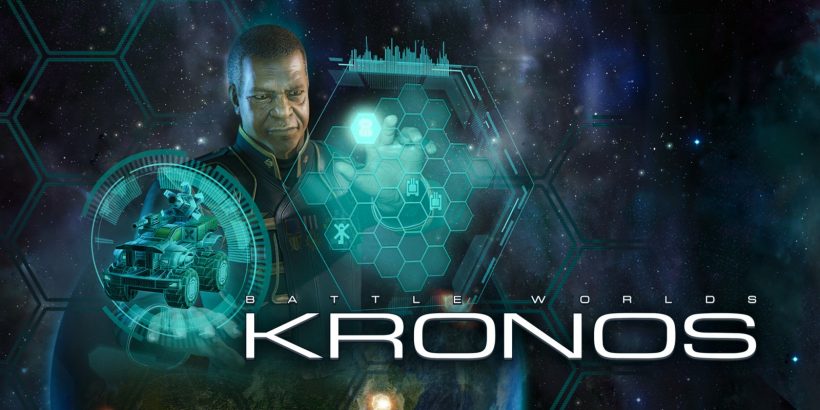 When it comes to the Switch, we’re constantly considering how well a certain game or genre suits its portable nature. Games with fast-paced gameplay, that can be played in bite-sized chunks, are often praised in this regard.

Battle Worlds: Kronos is almost the opposite of that. Not only does it translate a genre often associated with the PC platform – which would be better played on a big screen, with mouse and keyboard controls – to the small screen, but it also takes form as a slow and methodic experience.

Playing Battle Worlds: Kronos for the first time, it is almost impossible to not think about the Command & Conquer series. Set in an intergalactic future, the game let you control a plethora of military units during a conflict between two distinct factions. Despite the similar themes and visuals, Battle Worlds: Kronos isn’t a real-time strategy game like Command & Conquer. Instead, its warfare gameplay works within a turn-based structure, where you must traverse and battle in scenarios that are divided across a hex grid.

Across its two campaigns and included DLC expansion, you’ll control both sides of the conflict on distinct missions, with unique objectives and map layouts. Different than what you may expect, Battle Worlds: Kronos has very little focus on building mechanics and base management. During missions, you’ll be spending most of your time controlling your army directly. To this end, the game offers a great variety of units to utilise in battle, including soldiers, trucks, tanks, robots, ships and airplanes among others. Each of them has their own unique strengths and weaknesses to be aware of as you progress.

This progress, unfortunately, happens at a sluggish speed on most missions. Even the most simplistic actions, such as moving or attacking, require you to perform a succession of commands, selecting each unit, then the correspondent hex. The problem with this lies in the fact that Battle World: Kronos isn’t economical on the number of units per map. At all times, both you and your enemy can have a dozen units at your disposition. So, at each turn, you must input commands for each one of them individually. It doesn’t help much that every single action results in a clunky, short animation playing.

Thankfully, Battle Worlds: Kronos does offer some options to alleviate these problems. While a way to select multiple units would be welcome, at least you can turn off some of the animations to speed things up. When playing in handheld mode, you can also use the touchscreen to select units and input commands, which is an easier way to play.

However, as you might expect, the game is not suitable for play entirely as a handheld experience. Playing on the smaller screen makes it harder to identify your units on the map, and though you can zoom in and out at any time, this adds another challenge to the already drawn-out, turn-based combat. The option to translate the whole map into icons allows you to have a better understanding of the battlefield, but you can’t continue to play while in this view.

Overall, Battle Worlds: Kronos isn’t short on content. In addition to its two long campaigns, it also offers a local multiplayer mode, with exclusive maps to try with a friend. Fans of strategy games may find some enjoyment in this game with so much available to do, but only if their patience is in excess.

At a first glance, Battle Worlds: Kronos looks like a kind of spiritual successor to strategical titles such as Command & Conquer. It differs from the formula with its hex-layered grid and turn-based structure, but delivers a clunky and slow experience that doesn’t fit well with Switch’s portable capabilities.