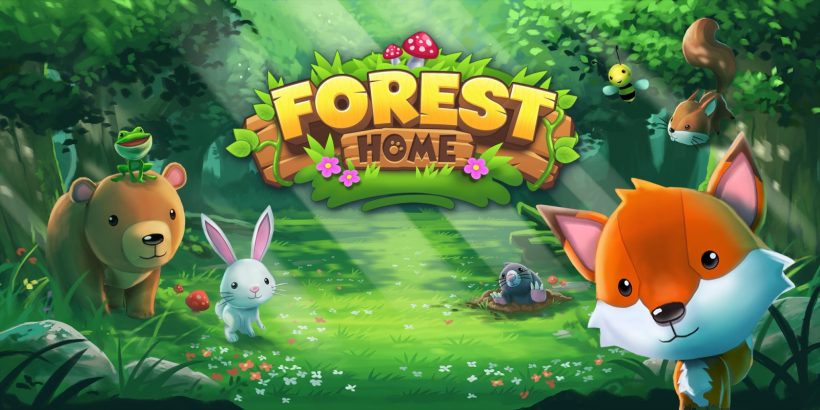 If you’ve ever dipped your toe in the waters of mobile gaming, you’ll likely already be familiar with the puzzles on offer in Forest Home. Simply put, there are a series of coloured dots on a grid, and you must connect the dots without overlapping the lines. As far as narrative justification goes, each colour is associated with a forest animal; the animals are apparently lost in the forest and need your help to make it home. As long as you don’t think too hard about how forest animals managed to get lost in a forest of all places, this is all you really need to get going.

The game starts off with the absolute basics, offering clearly-explained mechanics and close-your-eyes-easy puzzles. As you progress, the complexity increases (if not by much), thanks to the addition of more colours and animals, as well as new mechanics such as bridges to cross and food that must be collected along the animals’ way.

Unfortunately, the glacial rate at which these new mechanics are introduced means that gameplay never becomes incredibly exciting. It’s also painfully easy for the most part; puzzle veterans will get bored before they even boot it up. Indeed, Forest Home fails to really draw you in and hold your attention for more than about ten minutes at a time.

That said, the game does offer progressive unlocks in an attempt to keep you hooked. The most common of these are ‘scrapbook entries’, quirky descriptions of in-game items to fill up your journal. Although at first these are kind of cute, the shine wears off quickly when you realise that these constitute the bulk of the game’s so-called rewards.

There are also cosmetic skins which you can purchase using acorns, the in-game currency. Acorns can be earned by completing challenges in both the adventure and quick play modes. The Switch version does away with the microtransactions present in the free-to-play mobile game, but unsurprisingly, earning acorns for your skins is still a slow process. For context, completing 90 puzzles in adventure mode plus a few in quick play yielded around 530 acorns and took around an hour. This represented less than a third of the way to the 1,600 needed for the unicorn skin, which happened to be the only skin I really wanted. Rewards don’t scale as you progress, either, so be prepared for a long grind.

On the plus side, the game’s mobile roots do mean that the touchscreen integration is pretty much flawless. The game also offers button inputs, but the touchscreen controls are undeniably superior. That said, the port isn’t perfect; the biggest issue is that certain hints refer to features in the mobile game that have been removed from the Switch version.

No matter how you look at it, Forest Home isn’t a standout title, even if it’s a tolerable way to kill some time at the bus stop or in a waiting room. The best thing about it is its cute, cheerful graphics, but even so, the animations are fairly basic; likewise, the repetitive environments and sound effects are unlikely to sell you on this one. What can be said about it, however, is that there’s essentially a free demo version: if you’re on the fence, try this one out on your mobile before purchasing it for the Switch.

Forest Home looks, feels, and plays like a mobile game. It’s grindy, fairly unspectacular, and not challenging enough to hold your attention for long. At least it runs well.