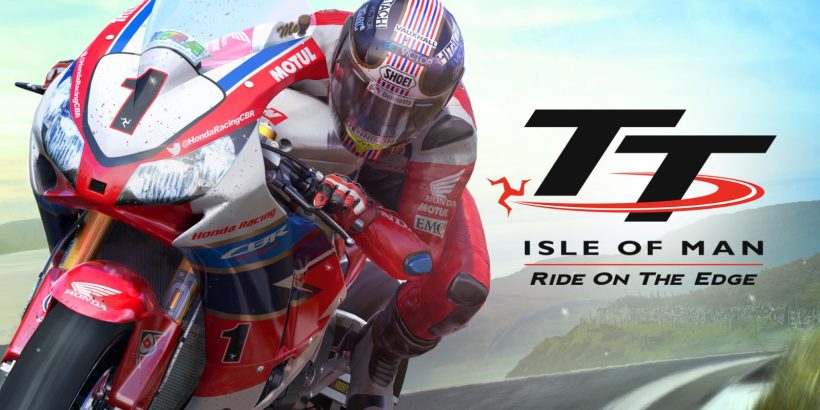 It’s pretty much a given at this stage that multi-platform games more often than not need to undergo some sort of compromise in order to perform well on the Switch. This might be a drop in the frame rate, a slight knock on texture quality, or sometimes a combination of both. It’s normally fairly minimal stuff, and you can be sure that Switch owners will make their voices heard if it’s anything too drastic (Bloodstained: Ritual of the Night, anyone?).

TT Isle of Man: Ride on the Edge, a niche motorcycle game based on the incredibly dangerous annual racing event (six lives have been claimed in the last three years alone), released on other platforms back in March 2018, and has finally made its way to the Switch this year. Unfortunately though, in coming to the Switch, the visuals and general performance have taken massive hits in the process, almost completely derailing what could have been a very promising entry to the racing genre.

The only real course on offer in TT Isle of Man is the full 37.73 mile Snaefell Mountain Course – all other routes in the game are fictional tracks based around the UK. It’s a bit disappointing that there are no other real locations on display, but the lengthy Snaefell course is impressive in its accuracy and ambition. You can immediately see why this track is so notorious for being so dangerous – tight corners following long stretches of road really test your ability to control your bike and ensure you keep your feet off the ground. Don’t be surprised if you find yourself spending more time lying on the ground following a crash than actually driving your bike.

Unfortunately though, the overall driving experience is incredibly shoddy, particularly for a game that costs full retail price. Whilst we cannot speak first hand of the experience on other consoles, it’s clear that hefty corners have been cut in order to get the game to run on Switch. The frame rate chugs along at what feels like a snail’s pace – which for a racing game is incredibly jarring – and the controls feel so twitchy, that it makes an already challenging game feel nigh on impossible without dedicated practice.

Even worse are the game’s graphics, which look poor whilst docked, and downright ugly in handheld mode. The environments in particular just look blocky and washed out – trees lack any definition, and buildings look like bland blocks of colour as you move past them. You can’t make out the track ahead of you well enough at the best of times, so you’ll often come up to a bend without even realising it, even with the brake assistance turned on. Games can often get by with poor graphics if the gameplay is up to scratch, but the graphics are so poor in TT Isle of Man, that it actually affects the moment to moment gameplay, obscuring your view enough that you’ll end up crashing way more often than necessary.

TT Isle of Man is ultimately a game that will only appeal to hardcore enthusiasts of the sport. Even then, taking into account the poor performance on Switch, we’d actually be tempted to nudge you in the direction of another console. This was a wasted opportunity for what could have been an easy win for racing fans.

TT Isle of Man has all the potential to be a decent, realistic racer for the Switch, but squanders it all thanks to very poor performance and shocking graphics. Best leave your bike in the garage rather than go for this one.