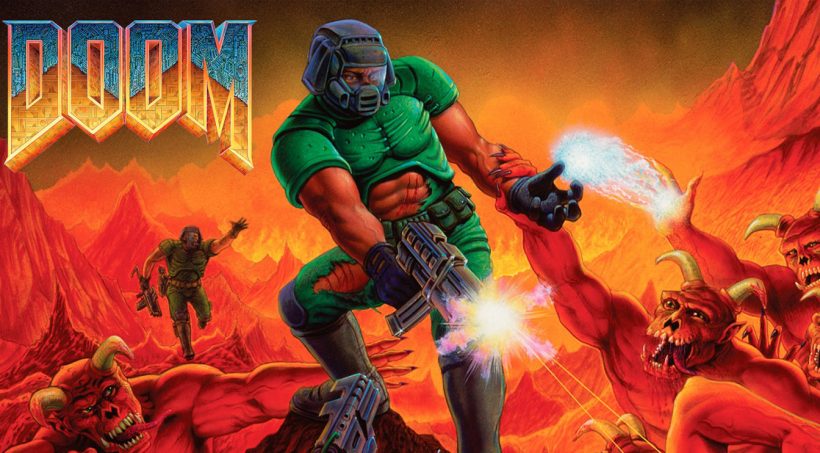 DOOM is a game that really needs no introduction. Originally released back in 1993 for MS-DOS, it’s since been ported to nearly every console under the sun thanks to its remarkable staying power and timeless gameplay. The Switch is the latest console to play host to ID Software’s classic, and it’s thankfully just as good – and just as brutal – as it’s always been.

If, for whatever reason, you’ve never managed to get your hands on a copy of DOOM, the premise is pretty simple. You play as a space marine who must navigate a series of increasingly complex levels, wiping out any and all demons who happen to stand in his way. That’s really all you need to know about the plot to have a good time with DOOM. Anyone with a modicum of interest in shooters can jump into DOOM, pick any one of its four ‘episodes’ and spend a good amount of time blasting away a range of vicious demons.

The game has, of course, come to Nintendo platforms before, but this is by far the most technically sound version of the game to date. It’s not at its absolute best, though. The sound quality, in particular, is a bit hit and miss. The iconic, Metallica-inspired music is noticeably slower than it should be – something that even the most casual fan will notice during the game’s opening stage.

Graphically, though, DOOM looks pretty great – about as good you’d expect it to look. For a game that’s now celebrating its 25th anniversary, it still holds up incredibly well to this day, and runs at a pretty smooth pace for the most part. Slight drops in frame rate here and there during more frantic moments of gameplay do little to dampen the overall experience.

Unfortunately, as most Switch owners know by now, this new port of DOOM comes with an additional, very bitter pill to swallow. Upon loading up the game, you’re prompted to either sign in or create a Bethesda account. This then signs you in automatically every time you load up the game, with no apparent benefit to the player. Even worse, if you’re playing the game whilst connected to the internet and happen to put your Switch in sleep mode, the game will lose connection with its servers, prompting a message to pop up during gameplay to inform you that you’ve lost connection. Great.

Now, it’s important that we note that this isn’t an issue that will remain present for long, and as such will not affect the score we give DOOM. Bethesda have promised that a fix is incoming that will ensure logging into a Bethesda account will be entirely optional. It hasn’t arrived just yet, but we’ve got our demon fingers crossed.

At £3.99, DOOM’s price is more than reasonable for the experience you’re getting here. It’s not perfect, of course, but once the DRM business gets sorted out, you’re spending less than what you would for a Big Mac meal for one of the most influential, iconic games of all time. It’s the kind of game that will go down in history hundreds of years down the line as a culturally significant relic of mankind, one that is practically a required experience at this point. So do yourself a favour – grab a BFG, and get ready to enter hell.

DOOM remains an iconic game that fans of shooters – actually, scratch that, fans of gaming – need to play to this day. This version has a few drawbacks that will no doubt sour the experience for some people, but this is by far the most authentic version of the game on a Nintendo platform so far.