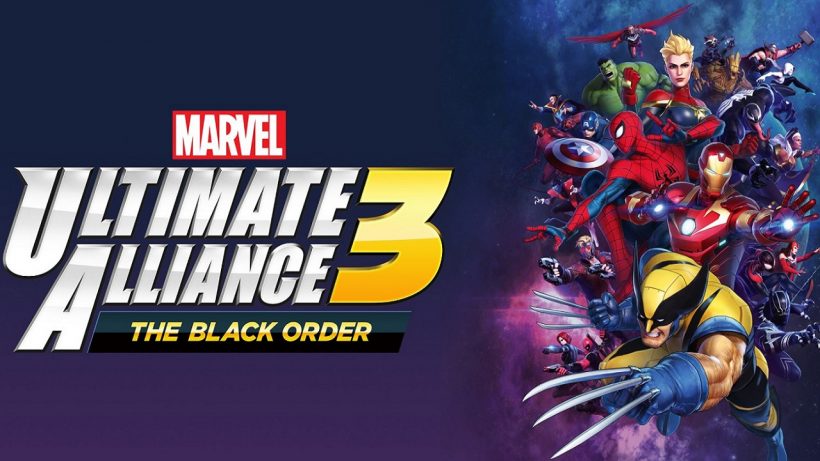 A lot can happen in ten years. In the decade since the release of Marvel Ultimate Alliance 2, the Marvel Cinematic Universe (MCU) has grown from just two films into the 23-movie behemoth that it is today. Marvel Ultimate Alliance 3: The Black Order is not based on the MCU, however; it has tenuous links at best, illustrating the length of time between sequels. That said, there are similarities between Avengers: Infinity War, Avengers: Endgame and this game, in that an ensemble of comic book heroes strive to obtain the six infinity stones.

Similar to the previous two titles (although not connected in story), Marvel Ultimate Alliance 3: The Black Order is a Diablo-style hack-and-slash, featuring a team of four characters from said ensemble of comic book heroes. Learning that the infinity McGuffins have been scattered around Earth – and with Marvel’s greatest villains seeking them out – it falls to our heroes to collect them before Thanos, or rather, his evil Black Order, can, thus thwarting their nefarious plans for the universe.

Our story begins with the Guardians of the Galaxy as we get accustomed to the game’s controls. Each character controls in a similar, basic manner, with light and heavy attacks, dodges, jumps (or flight) and up to four, unlockable and upgradeable attacks. You attack enemies and bosses from an almost isometric, top-down viewpoint, using your various attacks to deplete health (and occasionally, stagger) bars.

As the story kicks off, more heroes are added to your roster, and you gain the ability to swap your team members out. For your team of four, you’ll ideally want to ensure a spread of characters. Some are more suited to up-close combat, whilst others can be deadly from range, with obvious variances in-between. Your squad will benefit from bonuses depending on the series they can be found in, allowing for more damage and other perks.

Personally spending the majority of the game with Earth’s Mightiest Heroes, Iron Man, Captain America, Thor and The Hulk, but with plenty of other choices available, each player is likely to have their own favourites across the 30-odd choices available. Be warned, however, that while sticking with the same characters means that they all level up in comparison to each other pretty well, alternative characters will be heavily disadvantaged until you level them up, too.

As a team-based adventure, you will find that the best path to progress is by using your heroes’ abilities together. You can upgrade their special moves as they level up, ensuring that staple signature moves come into play, but these characters can also link their moves together in synergy attacks. This will be crucial for solving certain puzzles, and can be deadly when trying to complete the toughest boss fights; one particular boss fight about mid-way through springs to mind. More than this, though, is the ability to unleash a synergised attack from all four heroes together, making for a very devasting and impressive damage-dealer.

The story is quite lengthy, lasting around the total duration of all four Avengers movies before the credits rolled. If you are expecting a major cinematic style or a quality narrative to the proceedings, then you’ll be disappointed, as it feels to be there purely to drive the chapters along. Still, it is enjoyable enough, though players are likely to feel relieved once the final battle is over. It’s worth noting that the final battle does not disappoint, and certainly has a few surprises.

The game looks and runs pretty well on the Nintendo Switch, especially in handheld mode, however sometimes it can be quite tricky to see what’s happening. At times, there’s a huge amount going on and a significant number of enemies in play, meaning your view can get quite chaotic and cluttered. This can also prompt quite a lot of button mashing and repetition. Although playing alone throughout, the same level of carnage and chaos is to be expected when playing with others, being a lot more fun than relying on the default AI sidekicks.

There’s a lot more to the game than just mashing buttons and collecting stones, however; the title has a huge number of Infinity Challenges (accessed and unlocked via “rifts” in the campaign) which allow for a greater degree of challenge and variety. It’s also here that you’ll unlock the various different character customisation choices that the game doesn’t offer by default.

Overall, it’s hard to dismiss Marvel Ultimate Alliance 3: The Black Order. It offers a huge amount of characters, customisation, challenge and story, and although perhaps it dragged a little too much, it was generally quite enjoyable. There’s DLC on the way, an even harder difficulty mode available upon completion, and it’s full of fan service; but it just got a little too repetitive. Comic book and Marvel aficionados will enjoy it nonetheless.

Packed with fan service and with a huge amount to do, it’s difficult to dismiss Marvel Ultimate Alliance 3: The Black Order. It can get repetitive, and the story does drag a little, but comic book and Marvel aficionados will enjoy it nonetheless.