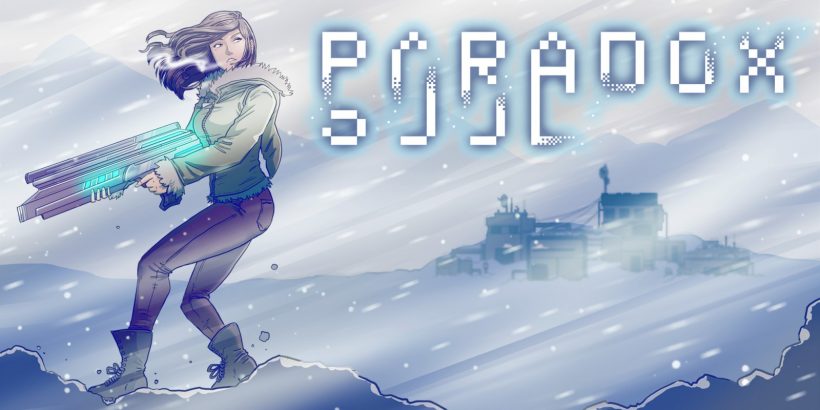 Sometimes, you pick up a game and it blows every expectation out of the water; others, you end up with a bad case of buyer’s remorse. Exactly in the middle of these two extremes lies Paradox Soul, yet another Metroidvania-style title, this time from Ritual Games.

Fine, passable, average. These are all words you can use to describe the title, which sees you exploring the deepest depths of a test facility that is overrun by zombies. While the eShop description makes it clear that there’s to be no hand-holding, this apparently also extends to a lack of narrative exposition. This is something of a shame, as the resulting gameplay seems to be missing much of a purpose or meaning.

Gameplay isn’t directionless, however. In typical Metroidvania fashion, there’s a lot of backtracking, but the game is careful to constrain your path, with obstacles and locked doors ensuring that you’re usually heading in the right direction – provided that you look at the map. There’s little in the way of peripheral content, although there are a small number of additional rewards to be found (such as gun upgrades and shields) if you occasionally venture off the beaten track.

Unfortunately, though, the gameplay itself takes rather a long time to get going. The title is slow to introduce new enemies and mechanics, with only a small variety of enemies to contend with at the start. Early gameplay is repetitive, and due to enemies’ simple attack patterns, you do fall into rinse-and-repeat territory fairly quickly. Complexity really only comes from dealing with multiple enemies in quick succession. Similarly, the boss battles largely rely on simple patterns, bordering on forgettable, but they do unlock additional abilities, which is a nice touch.

The biggest challenge in Paradox Soul isn’t one you’ll find in combat, though; it’s working out the game’s fundamental mechanics. There’s no tutorial to even draw your attention to the cover mechanic, which may lead to numerous confusing deaths before you’ve worked it out.

While some of the core mechanics and controls are highlighted in the controls menu, others are ignored completely, and must be discovered through some fairly unintuitive trial-and-error. There’s a difference between hand-holding and effective tutorials; in an attempt to avoid the former, Paradox Soul essentially throws the baby out with the bathwater. It’s not game-breaking by a long shot, but it does leave something to be desired in terms of the user experience.

Paradox Soul is also only average when it comes to its aesthetic. Neither the art nor the music stands out as exquisite or atrocious; they’re fair-to-middling, although some of the details are quirky and add character. There’s enough detail and variety to avoid feeling tedious, but the worldbuilding is unlikely to stay in your mind as the epitome of design.

Unfortunate as some of the game’s elements may be, none of them fundamentally break Paradox Soul. The overall gameplay is just average, and pretty much everything about the user experience contributes to this. It would perhaps be too far to call the title bland, as there’s some enjoyment to be found later in the game, but it certainly is not brilliant. Paradox Soul is unlikely to be loved by any but the most hardcore of the genre’s fanatics.

Paradox Soul is nothing to write home about, but neither will it leave you disappointed beyond measure. If there was ever a game to perfectly embody a 2.5/5, this is it.