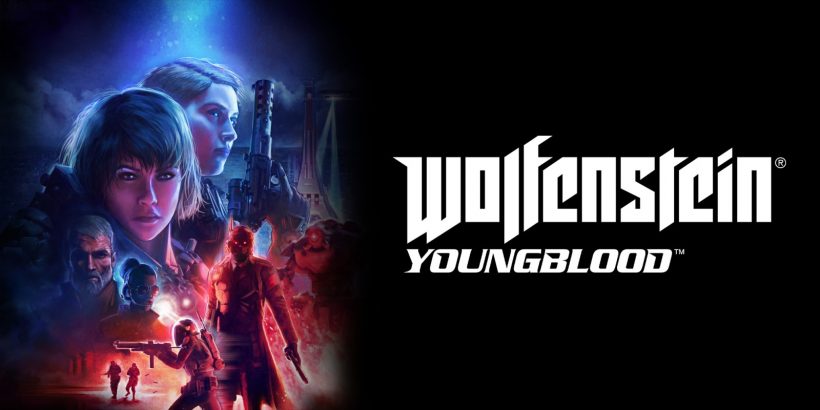 When Bethesda came onto the Nintendo scene, they did so with a bang last year, with two of their first three releases on the system bringing some literal heavy firepower in both Doom and Wolfenstein II: The New Colossus. Forget about just the Switch; these were games which were almost unlike anything any Nintendo system had seen before, with high-def visuals matching up with some gory run and gun gameplay. Other developers have bypassed the Switch with their heavy-hitting shooters, under the pretence that the system isn’t powerful enough to get the job done. But Bethesda have said ‘to Hell with that’.

And Doom and Wolfenstein II did have a wow factor when being powered by Nintendo’s system. But, unless you’re playing eShop exclusive release Wolfenstein: Youngblood without playing the other two games, you’ll feel a sense of familiarity this time around, as this latest entry in the Wolfenstein series does feel like more of the same, though this time with the unique aspect of co-op gameplay to take on the campaign.

For those unfamiliar with the series, Wolfenstein is set in a world reimagined in the fashion of if the Nazis won the War. Locations like Neu Paris signify the Aryan control over the Allied Powers, and the Germans have advanced rapidly to the point of having super hi-tech suits and robots at their considerably plentiful disposal. William Blazkowicz, protagonist of Wolfenstein II, has disappeared, so this time around you control one of his twin daughers, Jess and Soph. This naturally lends to the co-op element, allowing you to play with a friend or a stranger online to try and take the fight to the Nazis once again.

And you’ll be taking that fight a hell of a lot. Battles against loads of enemies are really frequent, and arguably too much so. You’ll constantly be finding yourself under fire, and after totally clearing out an area to reach an objective, you’ll usually have to double back to make it back to the ‘level select’ area of the underground train stations, but the areas you’ve cleared will completely respawn. That lends to experience for gaining upgrades to your weapons and abilities, but it means there’s little chance for respite and to take the surroundings in – because the scenery on show is worth looking at. Things are a little too heavy on the all-out warfare side.

When under fire, if your health runs out, which it inevitably will, you’ll need to rely on your partner to revive you before a timer runs out and you lose a life. Lose the life, and you have to start a level over, which could result in a significant amount of progress being lost. That’s pretty irritating, particularly when playing on your own, as the call-to-revive action doesn’t always prompt a reaction from your partner. There were a number of other little niggles and gripes, with the weapon-select wheel brought up by using R not allowing for fast enough decision times when under heavy fire.

But Wolfenstein: Youngblood is undoubtedly an enjoyable game. It could be more fun with the right balance between shooting and respite, sure, but very few games on Switch produce such an immersive experience. If you ignore the annoying banter between the sisters (they could have done with a wider range of lines), shooting Nazis will again offer you a good time here.

Wolfenstein Youngblood doesn’t quite have the wow factor you had when you played Wolfenstein II, but it’s still up there with the finest FPS experiences on Switch. A bit less senseless massacring of enemies and more storytelling would have been welcome, though.