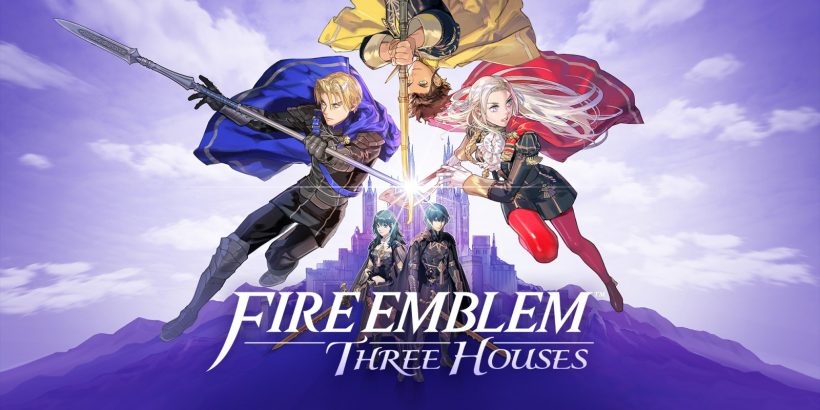 It is somewhat bizarre how gaming landscapes and exposure to certain franchises drastically change between generations. For many, their first experience of anything Fire Emblem-related would be Marth and Roy’s inclusion in the wildly popular Super Smash Bros Melee for the GameCube back in late 2001. Eighteen years later, after an initially less-than-stellar commercial reception of subsequent titles – up until the resurgence afforded by Fire Emblem Awakening on the 3DS, developed by Intelligent Systems as a “last shot” at success, of course – we are now graced with Fire Emblem: Three Houses.

This is the first home console release in the now illustrious franchise in twelve long, arduous years. Was it worth the wait, especially considering the high bar the late 3DS titles set? Aside from some inconsequential grievances with minor elements of the game, it’s a resounding “yes” – and, arguably, the must-have game of 2019 for the Nintendo Switch.

At its core, Fire Emblem: Three Houses follows the same well-versed beats as other tactical RPGs, albeit with an in-depth relationship system baked in for good measure. Units move around a tile-based combative arena, each unique unit type having their own stat distribution depending on their class, weapon type, and so on. When in range of an enemy, combat can be initiated – sometimes with more than one blow dealt by either party – which, effectively, ends the turn for that specific unit in question.

The combat and all things found on the battlefield are, for better or worse, much the same as previous Fire Emblem titles. The bulk of unique additions lie in the setting – the Garreg Mach Monastery, an academy at the heart of the continent of Fódlan – and the many intricate systems that so delightfully add endearing-yet-complex nuances throughout.

Both the most immediate and apparent of the changes comes in the form of the aforementioned academy, where you choose a house (think Harry Potter) for students to be aligned with. The Black Eagles, Blue Lions and Golden Deer all feature a varying ensemble of well-recognised archetypes which, after a dozen hours or so, thankfully evolve to be more than one-dimensional characters.

Each of the three house leaders drastically varies from one another, and will likely influence your decision as to which house to align yourself with. Edelgard, of the Black Eagles, is a strong-yet-stubborn princess and heir to the Adresian Empire and, whilst her personality and the potentially-foreseeable story arc isn’t necessarily an original concept, her evil-looking companion Hubert swayed me so. It’s the luscious locks, see.

The introduction of the academy also welcomes various systems found in the Persona series, such as the implementation of a calendar, whereby certain actions can only be taken on specific days and players inevitably only have a set time to maximise relationships, strengthen characters and more. The Monday of each week finds your character Byleth, who can be either male or female, assigning training regimes to characters through which you can strengthen a weapon proficiency of your choosing.

The amount of times a character’s weapon aptitude can be boosted depends on their happiness, which is to be increased through the prior week’s leisurely activities. These occur on a Sunday and, whilst you have the option to take seminars and engage in optional battles, the main course of action will be to explore the gargantuan monastery in a fully-realised 3D environment – a first for the series. A set number of actions can be taken whilst exploring that grant increased proficiencies, unit happiness and the like, with other side options – such as fishing and gardening – thankfully not requiring an action point whatsoever.

However, minor technical issues do appear, largely in the form of noticeable blurry textures and occasional frame rate issues, more so in the busier areas. While these issues can certainly be distracting, they are largely inconsequential due to fast-travel being so convenient. The battlefield rarely suffers from such technical problems, bar exceptionally rare bouts of frame rate issues during the camera transitions from the overview to combat. Though not an issue as such, players may miss the character-rich sprites found in the portable iterations of Fire Emblem, as the oft-muted colours of this instalment lack the personality the characters effortlessly emanate and subsequently deserve.

Personality is otherwise something that Fire Emblem: Three Houses is abundant in. From each character’s opulence in personality, to the rich lore found in the kingdom and its religious undertones, Intelligent Systems are clearly not content with resting on their laurels, but instead excited and enamoured with taking this well-established series to even greater heights. Putting the longstanding emotional impact that the conclusion left me with aside, the journey in its entirety is one that deserves the acclaim that the recent titles have been rightfully lavished with. And would you look at that… It’s already time to jump back into the experience under an alternative house.

Fire Emblem: Three Houses repetitively and competently shows a clear understanding in how to deliver in not only each individual mechanic, but how they are all intrinsically linked to create an expertly crafted end-product. From the varying storylines available throughout to the engaging, deep and – surprisingly – approachable combat, Intelligent Systems have yet again created a must-have title.