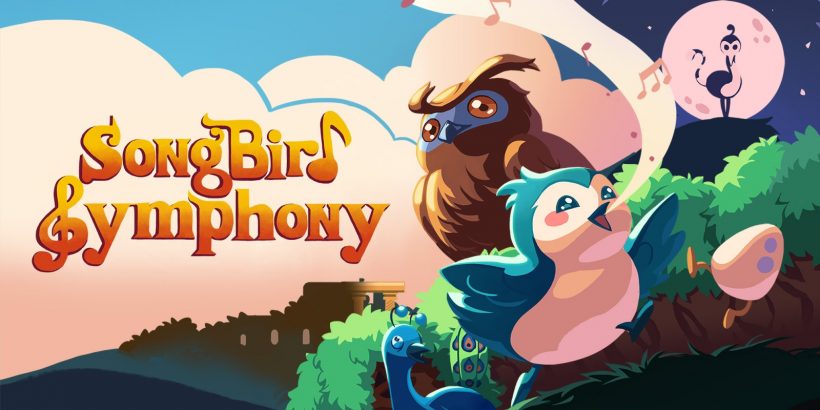 Sometimes, the smallest games can have the biggest impact. This sentiment applies tenfold to Songbird Symphony, a new pixelated 2D puzzle platformer that isn’t afraid to play to its own tune. You see, in addition to being another one of those games, Songbird Symphony offers something new by way of rhythmic music battles. If going in with barely any expectations, you will be left unequivocally charmed by the time this heart-warming journey of exploration, discovery, and bird song comes to an end.

It doesn’t take long to realise that Songbird Symphony is a visually stunning game. Whereas the continued glut of throwback pixel games may have caused the style to lose its some of its lustre, here the faux 16-bit visuals feel magical once more thanks to some beautifully animated cutscenes and well-drawn characters. You play as Birb, a squat little chick in search of his origins, and even in just the first two minutes, the little guy exudes more charm and personality than most modern game protagonists.

Getting to the root of Birb’s mystery is your expected mix of platforming, puzzle-solving, and NPC interaction, but all this is elevated thanks to Songbird Symphony’s emphasis on music. Each stage you explore features its own distinct soundtrack, all of which can be bolstered with more vibrancy through interactions with the world around you.

See a chicken in need of help? Offer up your services and an instrument will be added to the ongoing tune. Want to gain access to a party happening in the casino? Satisfy the needs of the ticket seller and you’ll add another. All of the symphonies have various eighth-note symbols hidden away for you to find.

In addition to aiding the local wildlife, Birb is also be challenged to a flurry of boss battles throughout his journey, testing your rhythm and memory skills. These work much in the same way as, say, Guitar Hero, where you must match specific button taps to the beat. Early battles are easily managed, but they soon grow more difficult as the number of notes Birb must contend with increases.

The musical theme is even abundant in how this eclectic cast of characters interacts with each other. Rather than having true voice acting, the characters communicate through speech boxes backed up by melody. It’s a small design choice, but one that helps sell you more on the idea of a kingdom full of musical anthropamorphised birds.

The only real downside to Songbird Symphony is that its story is a little too brief. The whole narrative can be completed in around six hours, four if you’re really rushing, and while there are plenty of collectable feathers to hunt down in addition to each stage’s notes, there’s no real advantage offered by them in battles. If you’re looking for an endlessly inventive platformer that you can finish in an afternoon, you’re golden. Everyone else: you have been warned.

Despite its brief length, Songbird Symphony earns its place on Nintendo Switch as one of the most charming 2D puzzlers to release this year. It’ll charm your socks off with its clever characters and wry humour, and while Birb’s quest might be a simple one, this music-fuelled adventure offers enough fresh tunes to be worth buying and bopping along to.

While pixelated games struggle to charm players these days, Songbird Symphony manages it with ease with its witty platforming and fresh musical spin. Despite its brief nature, it is an experience that stands out beyond your short time with it.