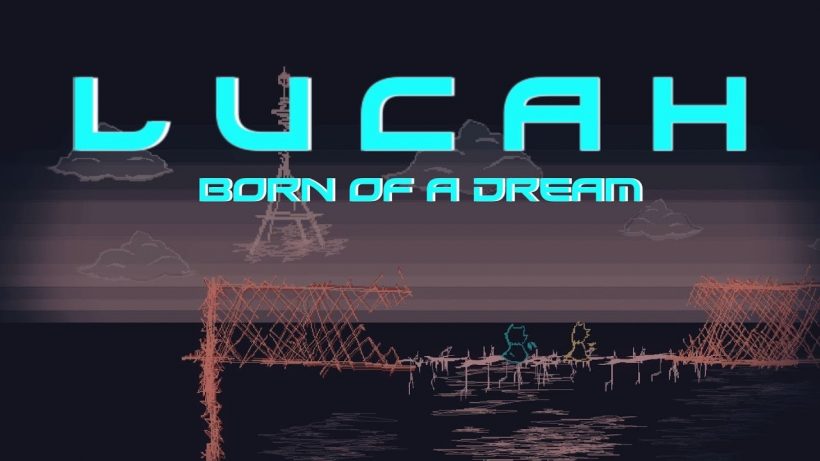 Lucah: Born of a Dream follows a character who has their inner demons come to life as vicious nightmares. At least, that is how the developers describe the story. Playing the game, that detail is quite easy to miss, as Lucah has taken the Dark Souls approach to storytelling. Most of the story beats are given to you in rather vague terms, never making it clear what exactly you are doing.

That fact is easily one of the game’s biggest weaknesses. In the beginning, you are going through the motions, with no real knowledge of your purpose. There is supposed to be some intrigue in that, but the way Lucah presents it comes off as rather pretentious. The lack of drive to move forward presents a huge hurdle right from the get-go, and that barrier never gets any easier to pass.

Gameplay in Lucah resembles an old-style beat-em-up game, with characters traversing a somewhat isometric view of the world. You can use both light and heavy attacks against enemies, as well as various other abilities that help you to vanquish your foes. A generous dodge gives you some invincibility frames to work with, and allows you to escape danger quickly. You can also use it to trigger counter-attacks, which makes mastering dodging a must.

Confusingly, there are elements of the HUD that, among other things, are just not explained upfront, or in some cases at all. Further Dark Souls likenesses seep into the gameplay as well. There are rest points that resemble bonfires, and resting at these points revitalise you – as well as reviving your enemies. You can also use these rest points to level up your character with the points gained from combat.

Combat can be a thrilling experience, but a large portion of the game involves exploration and puzzle-solving. Your map shows you where you have already been, but working out where you need to go and what you need to do is mostly just guesswork. Because of this, it is not uncommon to end up wandering around completely lost, or randomly hit a point that advances the story, leaving you wondering if you’ve missed something.

Visually, Lucah resembles a ZX Spectrum game. The low-fi, one-colour characters and striking environments bring a nostalgic feel with them. This visual style does have its drawbacks though; some environmental elements are hard to make out, and knowing what areas are passable can be a little confusing. Usually, environmental objects cannot be traversed. Sometimes, though, the game throws you the curveball that patterned floors which resemble impassable environmental aspects must be walked on, which can throw you off after hours of training yourself to not expect to do so.

The sound design is equally retro, complimenting the ZX Spectrum-like visuals perfectly. Attacks sound dangerously visceral, giving you a punchy satisfaction to landing blows, as well as feeling the impact from enemy attacks. The music is also a low-fi affair, and used sparingly, helping to strengthen its impact when used.

Overall, the game runs well on the Switch, and is a decent game when both playing docked and handheld. All elements of the (confusing) HUD and menus are easily readable, and you won’t have a lesser experience if you play exclusively in handheld mode. There are no performance hitches, bugs or glitches to report, which is always a plus, and the game is worth a look if you’re a fan of its style.

Lucah: Born of a Dream is a ZX Spectrum-looking, Dark Souls-esque beat-em-up that is visually striking. The beat-em-up elements are strong, though its insistence on sticking to the Dark Souls formula brings the whole experience down, and feels out of place.