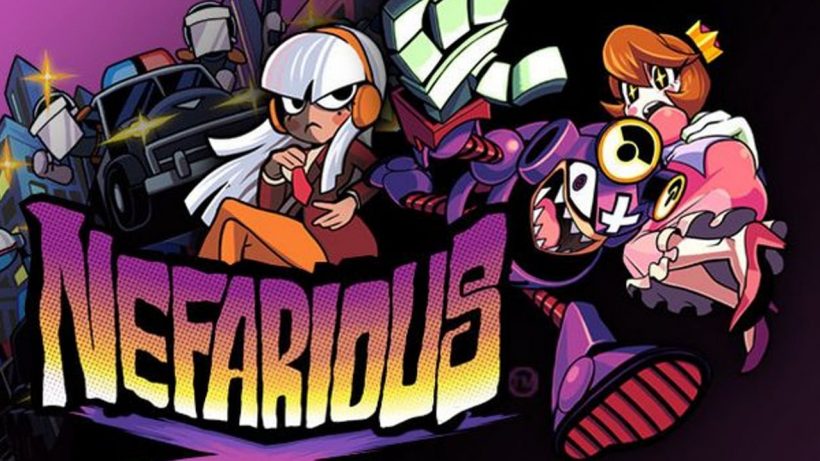 This weekend, you’ll have the chance to be chilling like a villain – literally. How so? Because this time, the game that you should be playing is a little indie by Starblade named Nefarious, in which you play as the protagonist – uh, I mean villain – who’s called Crow. Crow is not like many of the villains you’ll have encountered in your life playing video games. He doesn’t have a dark, terrible secret that launched him into the world of villainhood, oh no, he just likes to be bad for the hell of it. We have to respect his hustle, don’t you think?

The story of Nefarious is rather simple. Crow is after a way to rule the world. The best way to do that? Kidnap every princess possible in order to charge up a laser device that’s powerful enough to wipe out the rest of the world. The catch? You’re actually succeeding in your mission and the heroes are losing. 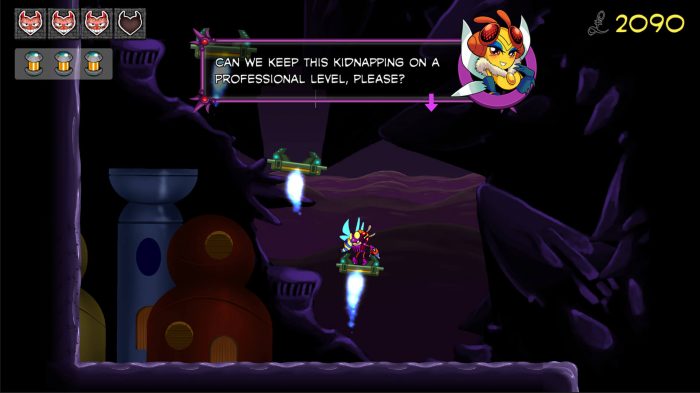 As for gameplay, it’s a lot more intricate than a simple jump and kill things. You’ll be able to use different weapons and accessories as you go along, but make sure you save otherwise you’ll lose coins each time you die. That isn’t so fun when you’re trying your best to save up for a certain weapon, only to have you funds taken from your pocket and thrown into lava just because you weren’t good at the game.

In my review for Nefarious, I summarised the controls as being “slow and janky to the touch”. I’m sad to say that’s one of the game’s biggest flaws, as you’ll often be on a roll, only to have your hard work dashed because of a timing miscalculation. Not fun. 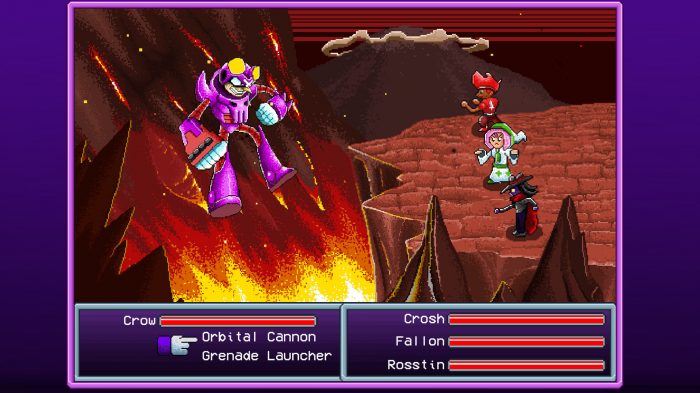 But outside of the controls, the world of Nefarious is one that is wacky and delightful. You might be blasting enemies with a gun one second, and then the next you’re transported into a turn-based strategy game that relies on you to think on your feet. Then, after grabbing all that RPG-esque EXP, you’ll be thrown into something entirely different: a dating show. Yes, no more having to turn on the TV to watch people fall in love with each other on an island. In Nefarious, you get to play a game of romance all by yourself. But even outside of the quirkiness, Nefarious has a wonderful cast of characters that are characters are incredibly aware of their stereotypical roles, try to play into them, and thus end up subverting them in the first place.

Do you find yourself interested in Nefarious? Then grab life by the horns and purchase the game now. And from us at Switch Player: have a villainous weekend!